Our drive from Spokane to Missoula was through some really amazing scenery. First, we drove along Lake Coeur D'Alene for some beautiful views. The rest of the trip was mainly through mountains, hills, lakes and rivers. Stunning!! We were on I-90, so safe roads. Probably not Kevin's favorite drive, but I loved it!

On Monday we visited the Missoula Smokejumpers Visitor Center. We took a very interesting free tour of the facility. There are nine smokejumper bases in the US. 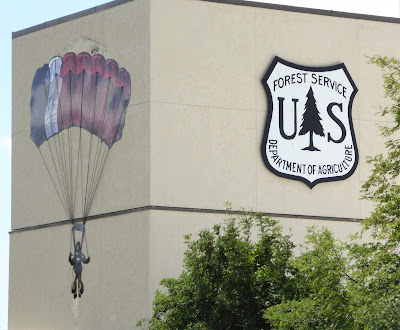 These specially trained firefighters parachute into wildfire areas to fight fires. Requirements to be chosen include weighing between 115 and 210 pounds, and being 5 feet to 6'5 inches tall. They carry some gear with them as they jump. Additional supplies are parachuted down to them. Once they have all of their gear on their backs, it weights 110 pounds. Can you imagine carrying nearly your body weight on your back?? These men and women are strong!! Do you think I could make it :) Mandatory retirement is 57 years old, so I'm out of luck. Ha, ha!! 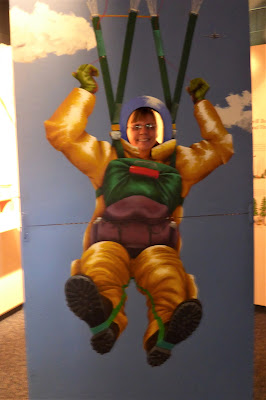 This is one of the planes they jump from. It carries ten smokejumpers plus two pilots, and two spotters, along with all the gear they will need. They can be at a fire site for as long as three weeks. 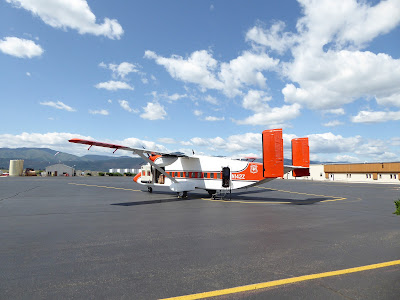 We learned that the 1871 Peshtigo fire in Wisconsin, which burned 12 million acres and killed over 1,000 people, led to National Fire Prevention Week.

After the tour it was time for some refreshments. We started at the Big Sky Brewing Co. which has been in business since 1995. Kevin enjoyed a flight of four tasty brews. I thought the bottom left of the sign was interesting. Montana law allows 48 ounces per person, per day to be served. That's three pints, and seems like plenty to me. But, knowing the culture in Wisconsin, this law would never make it. 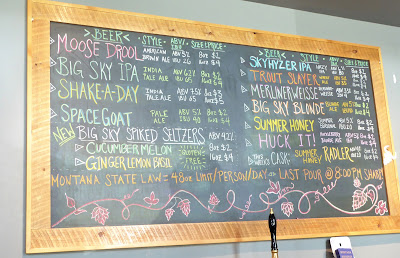 Next, we headed to Highland Brewery. I liked the decor inside. 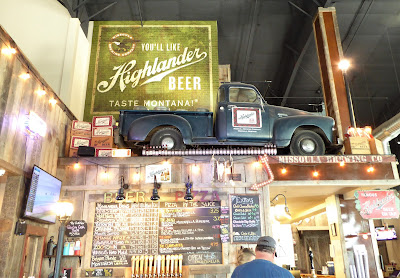 On Saturday we visited downtown Missoula to experience some farmer's markets. There were three different markets scattered throughout the town. It's not a huge city, but has been very nicely renovated. There were lots of people. The University of Montana is in Missoula, so I'm sure that helps keep the town vibrant.

The Clark Fork Rivers runs through town. There was a very nice park next to the river along with trails. 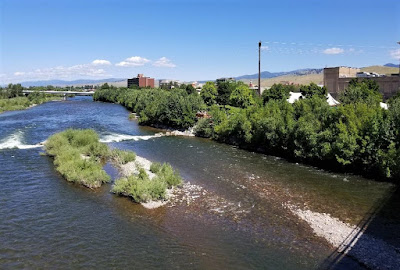 This is sure an interesting way to do yoga! 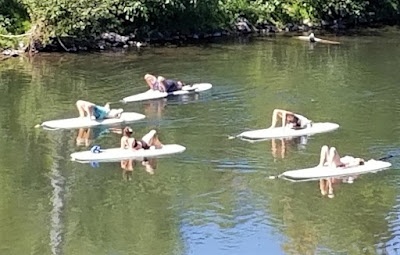 We visited the Kettle House Brewery. The second beer listed on the left has an interesting name. It's actually make with hemp. Kevin didn't try it, so I can't report on how it tastes. 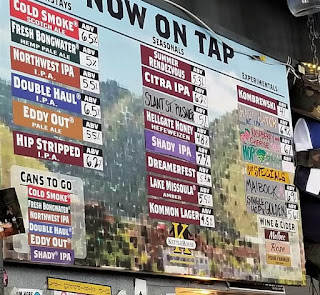 Yesterday we did a road trip to Flathead Lake. It's about 70 miles north of Missoula. On the way we stopped at the National Bison Range. President Theodore Roosevelt established the range in 1908 in response to the fact that bison had been hunted almost to extinction. It was the first time the US government used public funds to purchase land for for the sole purpose of protecting wildlife. There are now about 400 bison on the range.

There is a 19 mile gravel one way road through the range. It took about 2 hours to do the loop. We saw this herd of bison. 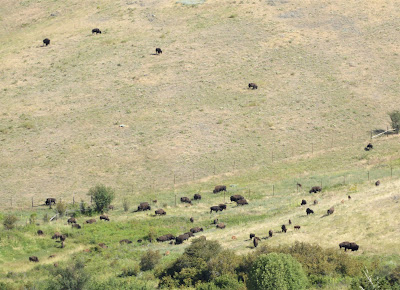 There weren't too many bison around. We did see this big guy laying near the road posing for us. 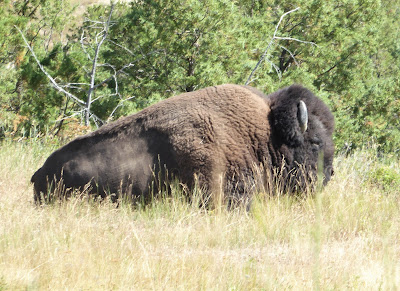 There was other wildlife as well. I saw a small black bear cub in the trees, but I didn't want to get out to try for a photo in case the mom was nearby. This beautiful pronghorn was having some lunch. 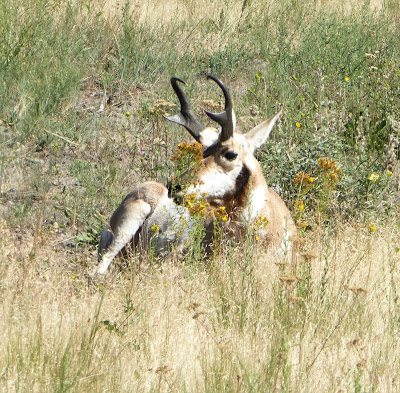 I think these were mule deer in the river. 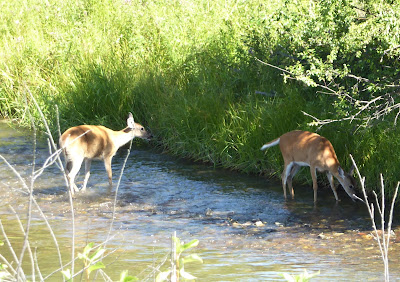 The view at the top was beautiful. 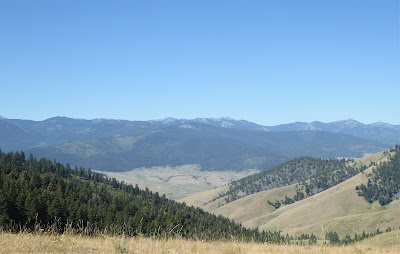 Next to the visitor center was this big pile of deer and elk antlers collected from the range. 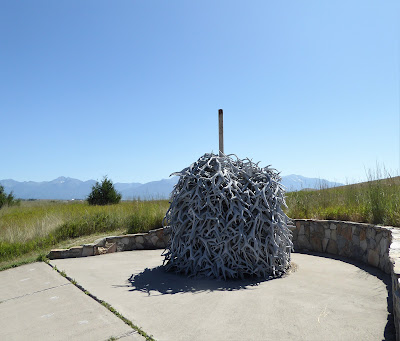 Flathead Lake is the largest fresh water lake west of the Mississippi. Such beautiful views.

This animal bridge crossed the road. What a great idea to give animals a way to safely get across the highway. 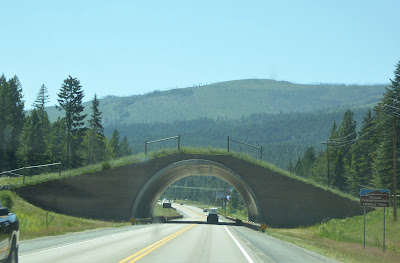 Don’t wish upon a star – Reach for one!
Posted by RV Khronicles of Kevelyn at 10:58 AM