Yesterday we had very strong winds all day with gusts in excess of 50 mph. It was warm and sunny, so we had the door open for a while. By the end of the day, everything inside was covered with a layer of dust. This morning I wiped down every surface.

Today was finally a beautiful day. We got out and walked around for three hours. We had actually walked out to the jetty last week too, but the tide was high and the rocks were slippery so we didn’t walk out very far. These people must not have been aware the water was rising, and their truck ended up being stuck. Luckily, the other truck was able to pull them out. 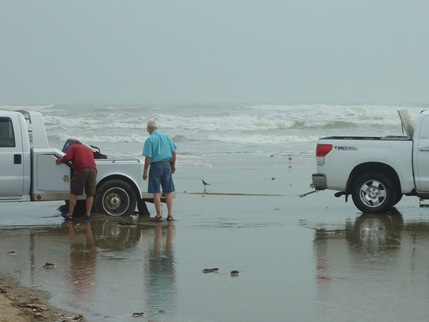 We also saw this pelican on the jetty that day. He was so close to the fishermen. I’m sure he was hoping for a handout. I’m not sure why he is so much more colorful than the other brown pelicans, but isn’t he amazing! He is definitely giving me the evil eye :) 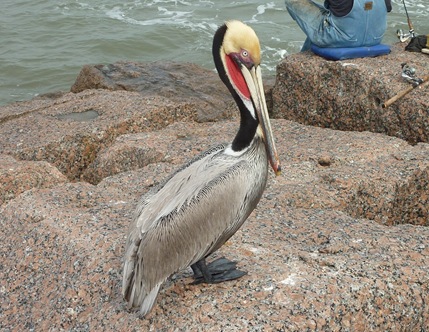 Today the tide was low and we were able to walk all the way to the end of the jetty. The water in the channel was the calmest we’ve seen it. It was just an absolutely gorgeous day!

We saw several sea turtles. Usually, all you see is their head pop out of the water and they’re gone again. One of them was finally nice enough to stay near the top long enough for me to get a few pictures. 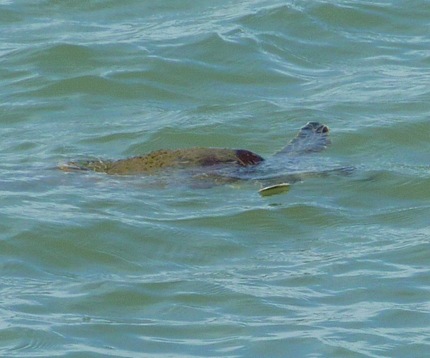 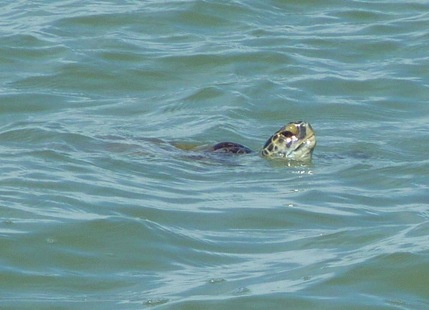 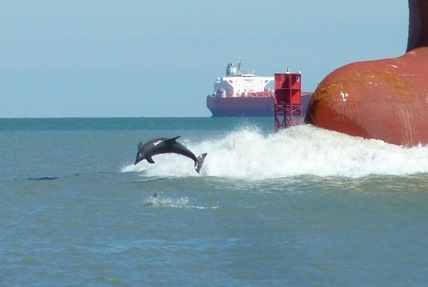 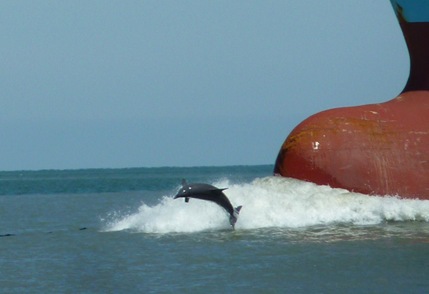 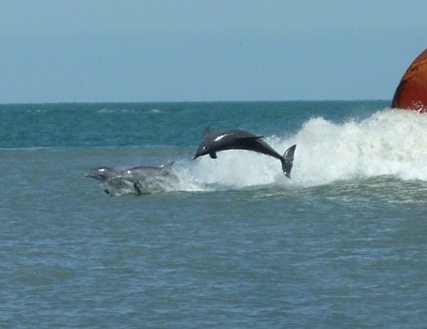 Do you see all three of them in the last picture. Click to enlarge if you want a better look. I was super excited to see these dolphin frolicking out in front of the ship!!

At the end of the jetty, there were several boats with lots of fishing poles in the water. If you enlarge the picture, you can see the fishing boats on the right, a pelican on the water in front of the boats, the pilot boat coming back in on the left and several large ships waiting to enter the channel. 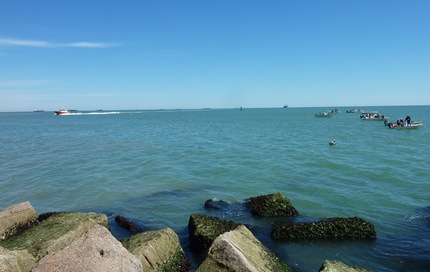 This lady looked like she was having a good time out on the paddle board. 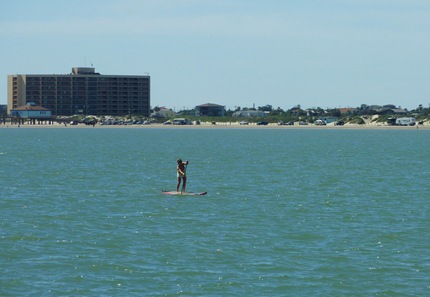 Along with the boats at the end of the jetty, there were many, many people fishing on the rocks of the jetty. We saw two different guys pull in very large fish. I overheard one of the guys say he had caught his limit of five for the day.

One of the blogs I follow regularly is written by Judy. She often ends her entries with a picture of the backside of something titled The End. This one is for Judy. 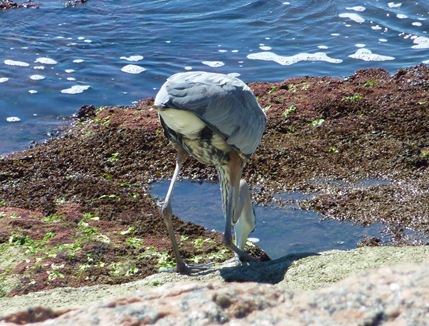