Merry Christmas to All of our Family and Friends!

We had a very nice day Friday just spending time together.  We slept late, played Wii games, exchanged gifts, had a lasagna dinner and watched a movie in the evening.

My guys humored me by posing for a family picture.  It took a few tries and by the time we finally had a nice picture, we were all laughing our heads off! 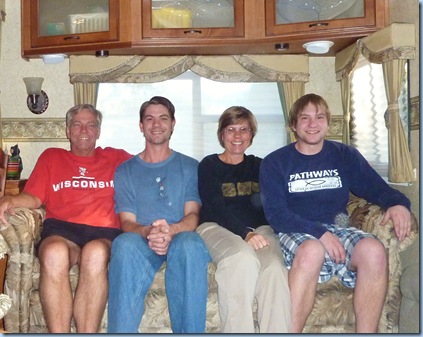 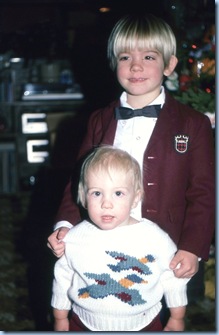 I’m making an effort to take more family pictures as I don’t have that many of the boys as adults.  Here’s one of my favorite Christmas pictures from the past (1986).

We had decided to go to Disneyland on Thursday because the research I had done stated that the days between Christmas Day and New Year’s Day are the most crowded.  I can’t imagine it could get more crowded than the day we went, but we still had a great time. 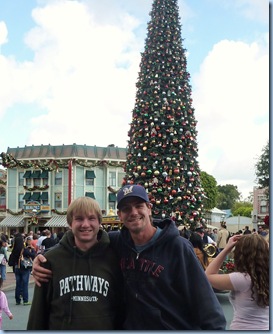 We had three passes left from a trip to Disney World ten years ago.  We were actually able to use them at Disneyland so it only cost us the admission for one person which was still $76.  And, we have another day left on our old passes to use in the future.  I’m foreseeing Christmas at Disney World in a few years :)

Our focus was to make sure and ride the attractions that are different from Disney World.  We were able to get a Fast Pass for the Indiana Jones Adventure ride and Big Thunder Mountain Railroad.   The Indiana Jones ride was great! 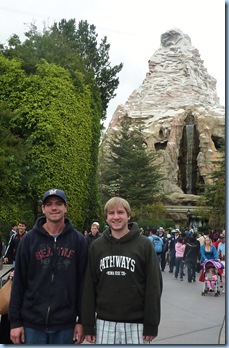 We also rode The Matterhorn, Finding Nemo Submarines, and Mr. Toad’s Wild Ride.  The Haunted Mansion theme was based on The Nightmare Before Christmas movie.  We’ve never seen it, but it’s playing on The Disney Channel so we’ve got it set to record.

Most lines were less than an hour.  We should have planned to get a Fast Pass for Space Mountain.  We waited in line for 100 minutes.  We also managed to see the parade from a distance and the fireworks display.  We watched the Fantasmic show which was awesome.  They use live actors, boats, fireworks, lasers and scenes projected onto walls of water. 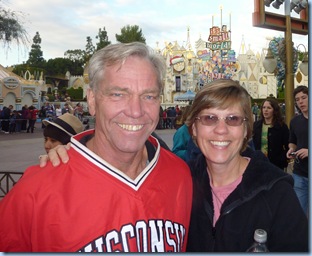 We liked It’s a Small World much better at Disneyland.  It was beautifully decorated for Christmas and there were several Christmas songs as well as the main theme song being sung on the ride. 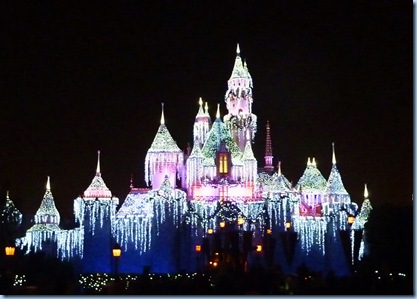 Cinderella’s Castle is smaller than the one in Orlando.  It was beautifully lit at night.

So after a very long 12 hour day, everyone was exhausted and ready to go home.  We had a wonderful day together!

Today is supposed to be in the 60s again.  I’m thinking a nice walk is in order.  We’ll see if I can get everyone moving :)

Posted by RV Khronicles of Kevelyn at 1:30 PM 2 comments: Links to this post