Yesterday we visited this museum. It was in the Tucson coupon book we bought, so the cost was $14.50 for both of us. I loved this museum!

It’s actually a combination zoo, museum and botanical garden. Most of the exhibits are outside. Some have outside and inside viewing areas.

They have a raptor show twice a day. Our friends Janie and John visited last year and told us to go to both shows. Thanks to their great advice, we saw two awesome raptor shows.

The morning show featured five different raptors. The trainers come out and the birds are released. They soar over the crowd and then land on perches throughout the viewing area so everyone can see them up close. The first bird was a Chihuahuan Raven. 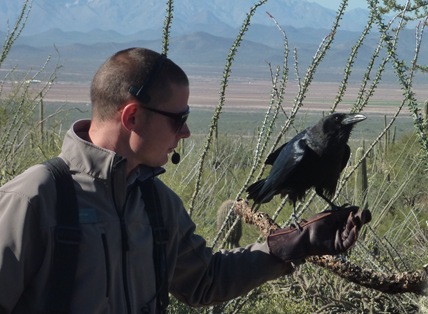 Next up was a Gray Hawk. 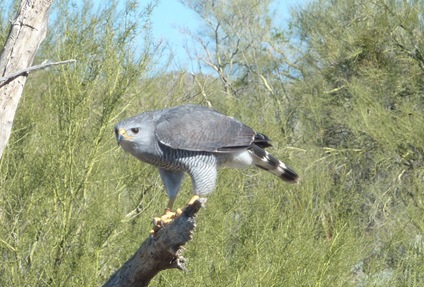 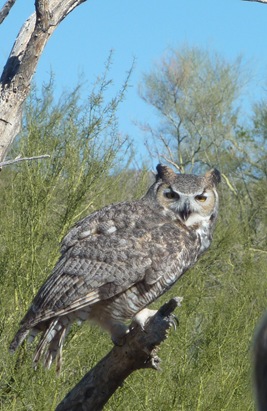 After that a Great Horned Owl came soaring towards us. What an awesome site! 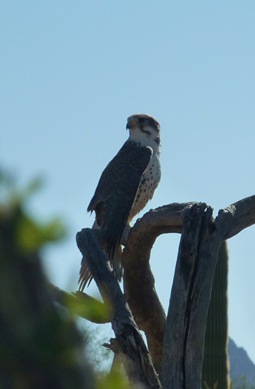 Next up was a Prairie Falcon.

The final bird was a Red Tail Hawk. It was absolutely amazing to see these birds fly overhead and then get to see them up close! 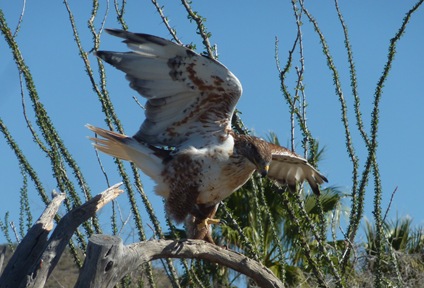 In between the raptor shows we also went to a presentation about venomous creatures in the desert. The first one was a Gila Monster. I didn’t realize they are venomous. The lady said odds are slim to actually see one in the wild. 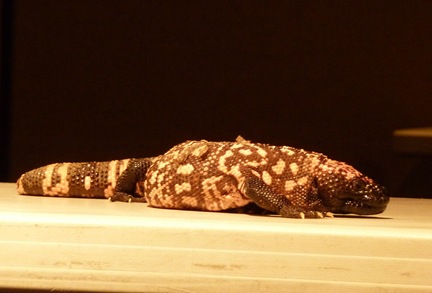 The second one was a rattlesnake. The guy gave us lots of information about them. I always thought that rattlesnake bites weren’t that big of a deal. We learned that although most bites aren’t deadly, the venom eats away the tissue from the inside out. If left untreated, a person can lose their fingers, toes, arm or leg. The anti-venom medicine costs $5,000 per vial, and up to 20 vials are needed to treat a bite. It’s very costly and painful. I’ll be extra careful to keep my eyes open for any rattlesnakes.

We saw a number of animals that can be found in the desert, including a Javelina 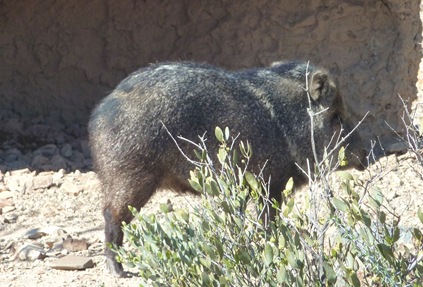 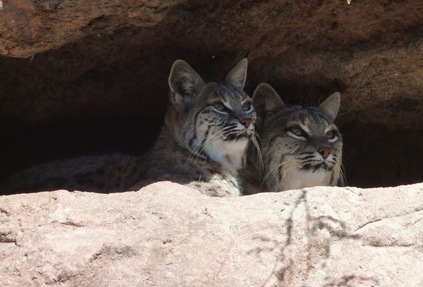 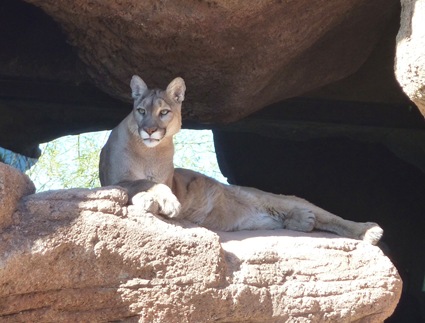 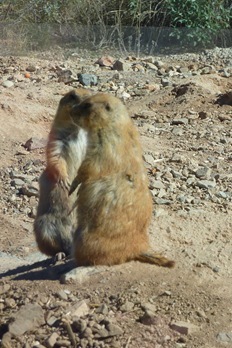 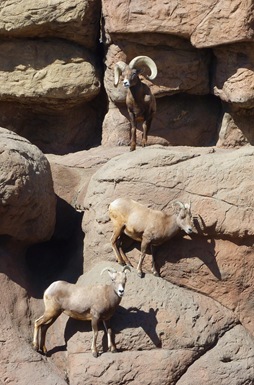 And, drumroll please, the ever allusive Big Horn Sheep. You may recall Kevin and I hiked a number of trails last year in California looking for them. We never saw any. At least I’ve now seen them in captivity. What amazing creatures. They ran up and down those rocks as if they were flat ground.

The afternoon raptor show featured four Harris Hawks. They soared over us for about 10 minutes and then landed on the perches. Another fantastic spectacle. 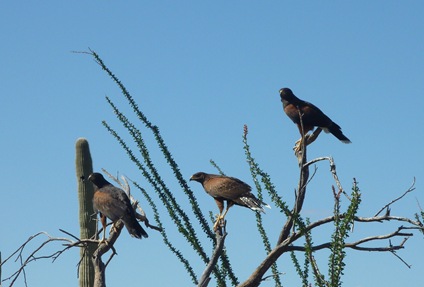 There was a hummingbird enclosure. This little mama was sitting on her nest. How cool is that! 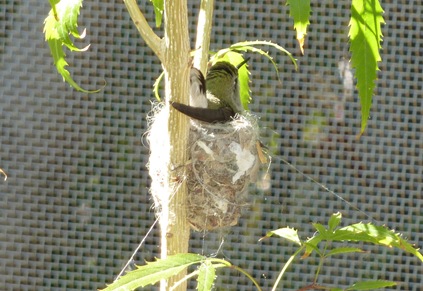 There was much more to see, but I think that’s enough pictures. I would highly recommend this museum. In fact, I think it would be worth a trip to Tucson to see it.

Happy Valentine’s Day to everyone, and Happy 100th Birthday to Arizona today. As a birthday treat, Tucson had a little snow today. We just had rain where we are, but the northern areas of Tucson had a little snow. Highs today were only in the 50s. Tomorrow is expected to be in the 60s and back to the 70s for the weekend. I’m hoping the rain will help along the desert blooms.

Posted by RV Khronicles of Kevelyn at 6:42 PM 4 comments: Links to this post