One of the reasons I chose to come to this part of Florida was to see the manatees I had read about on several sites. There was lots of information online about boardwalks and underwater viewing areas where you can see them up close. Plenty of other opportunities are available for boat encounters and even swimming with the manatees. I just wanted to see them up close. Kevin's just along for the ride. He really didn't care about seeing manatees :)

We went to the boardwalk and underwater viewing area at the state park. There were lots of large fish, but only two manatees in the river. I've heard over and over again that due to the above average temperatures in Florida this winter, the manatees are not coming into the rivers and canals as much as usual. The gulf temperatures have been around 72 to 75 degrees. The manatees seek warmer waters when it gets down to about 68 degrees, so they are staying out in the gulf waters more.  The only wild manatees we saw at the state park were this mom and baby. In the second photo, it looks like the baby is nursing. 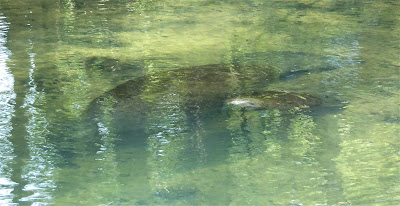 Included in the $13 admission price are three different programs put on a few times a day. The first one we went to with about 400 elementary kids on a field trip was about manatees. The park has three resident female manatees that were rescued in the wild and now live at the park. There is also one male currently there for rehabilitation, but he will be released soon. They are kept apart for obvious reasons.  We went back to the second manatee show later in the day when the students had left. This time they were feeding the females romaine lettuce. Each manatee eats over 100 pounds of vegetation a day. 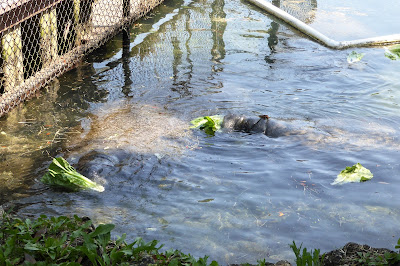 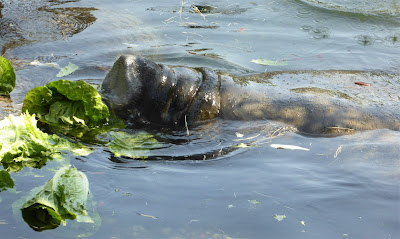 Before the park was taken over by the state in the late 1980s, it was a privately owned zoo. Lots of exotic animals were kept there. In fact, the TV show Gentle Ben was filmed here. One of the stipulations for the state to take over was that all the exotic animals be sent away, and only native Florida animals would be kept. All of the animals were sold or sent to zoos except the hippo. No one wanted Lu. Floridians had become attached to Lu and signed petitions to keep him. The governor at that time declared Lu the hippo a Florida citizen, and he has lived here ever since. He is now 59 years old, and pretty much sleeps all day. I did get a picture of him with his eyes partially open.

We went to the hippo and alligator show and learned about Lu and the seven alligators in the neighboring pond. Lu did swim around a bit, but wasn't interesting in the food the presenter had for him. Then it was back to sleep. Did you know that alligators don't eat for a few months during the winter. In fact, if they were force fed, the food would just rot in their stomach and they would die. This guy was really big! 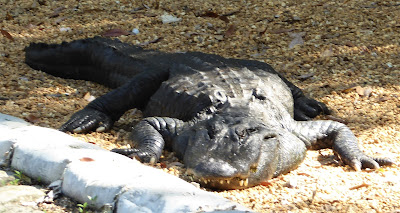 There were lots of birds in the park. Many of them are rescued, and can't live in the wild. They had three bald eagles. Every one of them had damaged wings from being shot at or cars hitting them. They sure are beautiful. 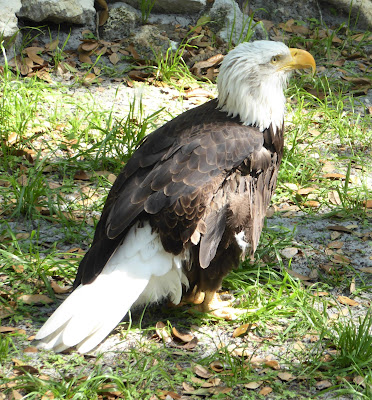 These flamingos were also so pretty. 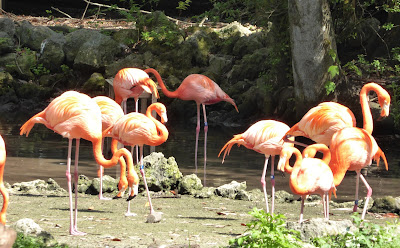 Whooping cranes are endangered, and were almost extinct. Today, it is estimated there are only between 400 and 600 in the world. A few years ago, we saw a small group of them in Texas in winter. There were also a few at this park. 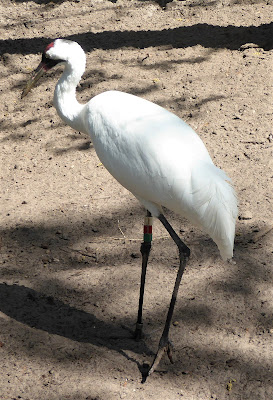 Panthers were hunted almost to extinction in Florida. Now they are protected, and estimates say there are a few hundred; mostly in southern Florida. For some reason, I always thought panthers were black; but everything we've seen in Florida regarding panthers shows them as tan or brown. The park has two of them that were rescued as kittens when they became separated from their mothers. 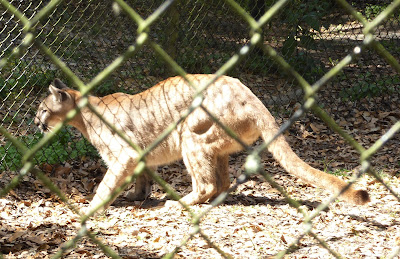 Back at the visitor center, I got the best view of a manatee I've had all winter. Isn't he cute! 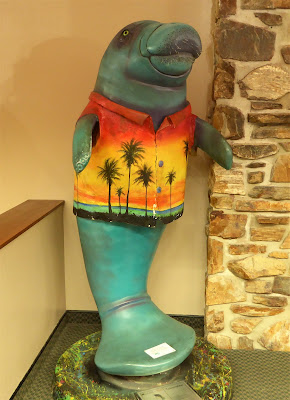 We parked at the west entrance of the park, so had to take a tram or boat to get to the main area. We took the boat both ways. It was a relaxing and pretty 15 minute ride. This baby alligator was sunning himself on a log. 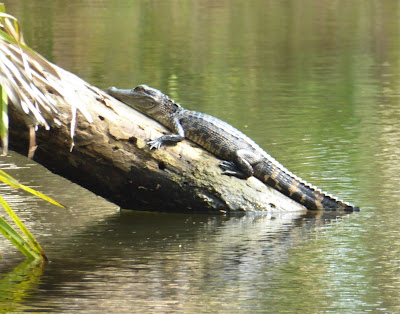 One day we had to make a shopping run, so stopped at Sugar Mill State Park. It's a small roadside park with a picnic area and the ruins of an old sugar mill from the 1800s. Most plantations had their own sugar mills because the cost of shipping the cane was too expensive.  The site had some information signs, but about half of them were missing. These large rollers crushed the cane to get the juices out. Then it was boiled in several different huge vats to extract the sugar. 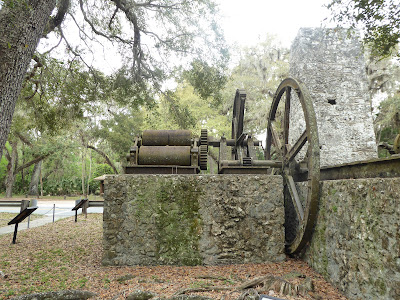 We could have gone to Crystal River in search of more manatees, but we were ready for some down time. We've just hung around the RV park for a few days. Tomorrow we head to Cedar Key for a week. I think we'll be doing lots of relaxing there are well.

Don’t wish upon a star – Reach for one!
Posted by RV Khronicles of Kevelyn at 1:36 PM 2 comments: Links to this post