Hanging Out In Destin

On Monday the weather forecast was for rain in the afternoon. That never happened, and the sun actually came out. We ran some errands and then stopped at Fisherman’s Wharf Seafood restaurant for a late lunch. Our friend Lyndsey had recommended this place, and it was a very good meal.

We sat outside in the sun on their back deck overlooking the harbor. Such a beautiful afternoon. We started with an appetizer platter of mozzarella sticks, onion rings and deep fried dill pickles. It was huge. If we had known how big it would be, we would have shared one entrée.  The whole reason for ordering the appetizer was to try the pickles. They were okay, but we probably wouldn’t order them again. 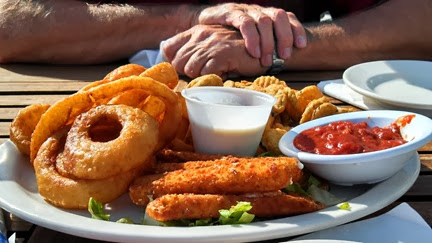 We both ordered the fried shrimp lunch special. The shrimp was delicious. Not too much breading and very tasty. We were stuffed by the time we were done and didn’t need any supper.

After we got home I walked down to the beach to see the sunset. I’m so glad I did as it was gorgeous. 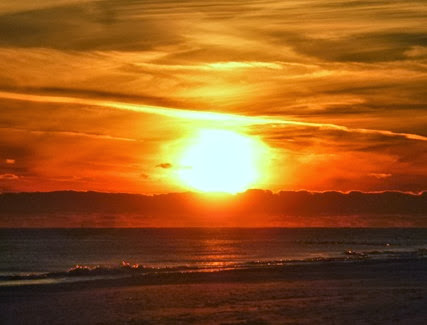 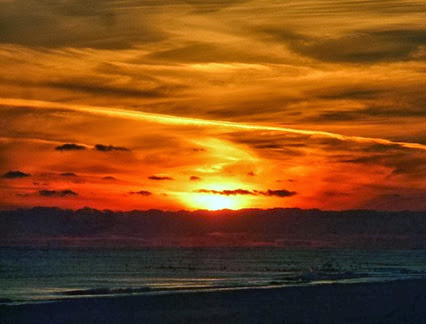 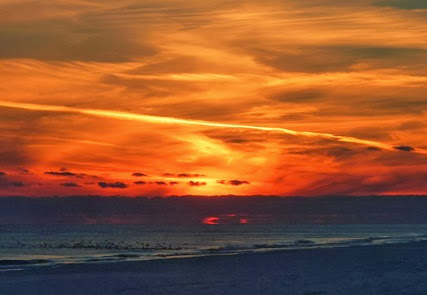 There was a big flock of birds frolicking in the water. They’re on the bottom left of the pictures.

Tuesday was cold and damp all day. We decided to visit a brew pub in Fort Walton Beach called Props that was recommended by our friends Janie and John. This pub is a small operation that just sells their beer at their pub, no distribution. Kevin had a four glass sampler which was served on a cute paddle type board with a blonde ale, a rye beer, a brown beer and an IPA. He liked them all, but said his favorite was the brown beer. We also had a Bavarian pretzel appetizer with cheese which was tasty. I don’t like beer, but I don’t mind tagging along so Kevin can try different craft beers. 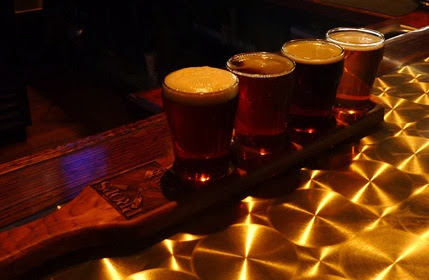 It rained all night and was supposed to be rainy today too. Around mid day the sun came out so we took a walk. It was actually a decent day, but still somewhat cool. I sure wish it would warm up so we could enjoy this park and the beach more.

We really like it here at Henderson State Park. Here’s our site. All of the sites are very spacious with a picnic table, fire ring and a clothes hanging rack. That’s different. Maybe because its on a beach they provide the drying racks so people don’t string their own lines. There are quite a few trees, but Kevin managed to get a satellite signal in the middle of our drive. 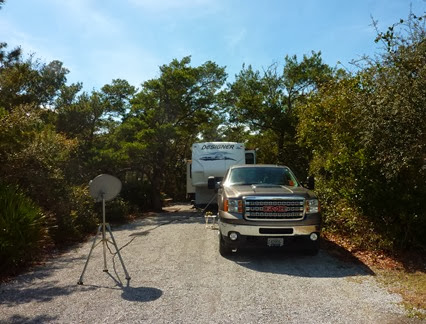 We got an email today from Freedom RV in Wisconsin saying our new fifth wheel has arrived. They sent us a few pictures they took for their website. Here’s the living room. I’m getting excited to get back and pick it up. Weather permitting we should be back in about six weeks. 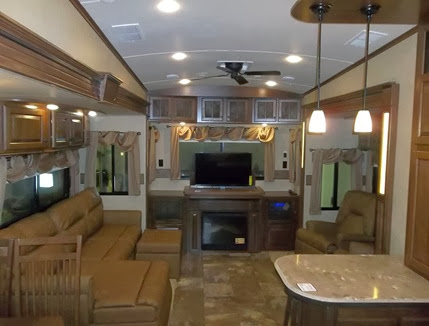 Posted by RV Khronicles of Kevelyn at 5:31 PM 2 comments: Links to this post