A Bit of a Mishap

On Monday we met up with the hiking group from Fortuna de Oro for a planned hike to the location of a B-17 bomber that crashed into Fortuna Peak on June 28, 1944. As you can see, it was quite a large plane. 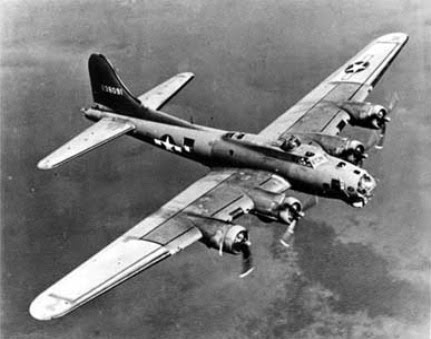 The plane was doing night training, and something went terribly wrong. All five young crew members were killed in the crash. Some of the large portions of the plane are still on the side of the mountain, as well as a memorial.

Here’s a picture of the memorial from the web. Unfortunately, we didn’t get to see any of it. 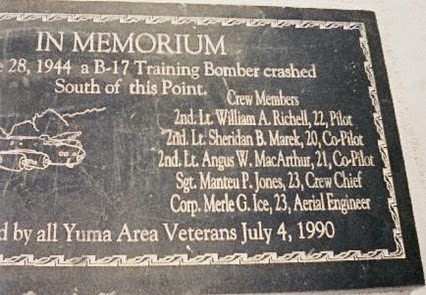 Here’s the trail near the bottom. We weren’t going all the way to the top, but about 1,200 feet up along a ravine. Notice how narrow the path is.

About a mile into the hike, I slipped on some loose rocks and fell a bit down the side. I didn’t fall far, but I felt my right ankle turn and give out. I also scraped up my knee, but I knew I was in trouble with that ankle.

We had climbed about 600 feet in elevation at that point on the narrow, rocky trail. I was going to have to walk back out of there. As long as I put my foot down straight, the pain was tolerable. I popped six ibuprofen tablets, and we began our SLOW descent back down to the truck.

Kevin was wonderful helping me get down. For most of the way, we found that if he stayed in front of me and I held onto his shoulders, we could go step by step. I just watched to find a flat spot to put my foot. Not easy on a steep and rocky narrow path. On some sections, I went down on my butt. In other areas, I was able to hold onto rocks along the side.

It took two hours, but we finally made it back to the truck. By that time, my ankle and leg were quite swollen. I knew it wasn’t broken as I could walk on it. It just hurt whenever I tried turning it. 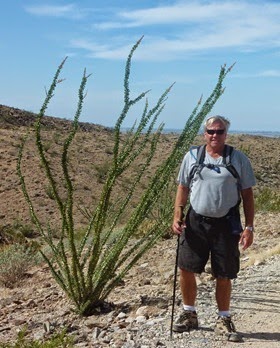 As we were driving out, there were some others that had fuller blooms on them. Yuma had more rain than usual this winter, so I’m guessing the desert bloom will be beautiful this year. 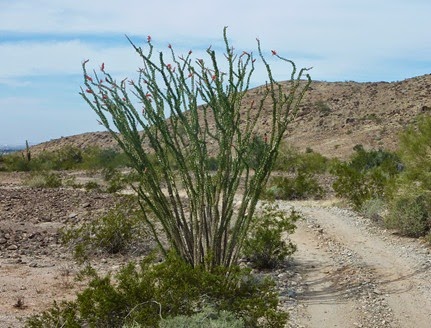 So, I’m recovering in the recliner with lots of ice, rest and elevating my leg. I like to be active, so the worst part is just being patient until it is better and not overdoing it. Yesterday, quite a few of my other muscles were hurting as well. I’m sure I used plenty of muscles in my left leg, arms and shoulders hobbling back down that mountain.

I’m guessing pickleball is over for this season. I’m hoping that I’ll be able to golf again a week from this Saturday, our last chance in Yuma. I know I won’t be golfing this Saturday. However, my friend Cathy is going to let me ride along in her golf cart, so at least I’ll get out a bit with friends.

It definitely could have been worse. I don’t even want to think what would have happened if I broke my leg. I’m sure I would have ended up on the news with some type of helicopter rescue and a hefty bill. This will just take time and patience.

Posted by RV Khronicles of Kevelyn at 9:59 AM 3 comments: Links to this post