Sunday we drove the 250 mile San Juan Skyway loop.  This drive is designated a scenic byway, and we definitely were not disappointed!  It was another Sunday spent in God’s natural cathedrals.

We began by driving along the west side of the loop.  This takes you through a valley of the San Juan Mountains along the Delores River.  The sides of the mountains were covered with glowing aspens, at the base was a strip of land used for ranching, and then the river ran along the road.  On the other side were more mountains.  There are no words to describe the incredible beauty of this area.  My pictures don’t come close to showing you, but I’ll show you a few anyway. 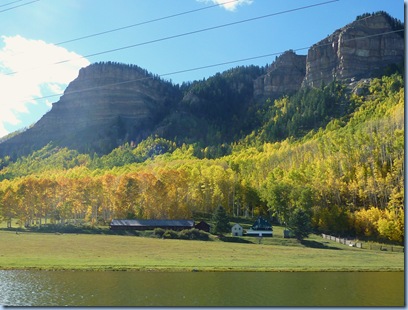 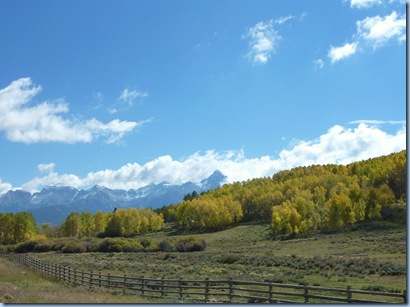 Eventually the road led to the mountaintops.  We found this lake nestled among the mountains.  It’s called Trout Lake. 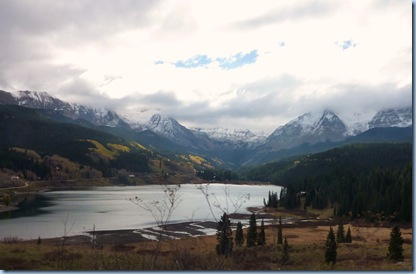 After some white knuckle stretches in the mountaintops, we arrived in Telluride.  What a great little town even if you don’t ski.

They have a gondola system which is the first and only free public transportation of its kind in the US.  All the electricity to power it comes from wind.   You can ride to Mountain Village and to the various ski runs at the top.  There is also an extensive mountain biking trail system up there.  Riders can bring their bikes on the gondola and must sign a waiver at the top.  This is for serious bikers only! 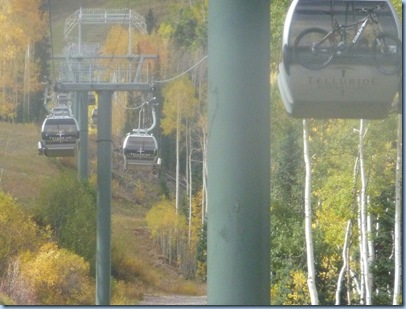 These next pictures are of some of the ski runs minus the snow.  I was scared just standing at the top and looking down.  I can’t imagine actually skiing down these.  I’ve never downhill skied, but still!  Both of our boys ski, so these pictures are for them to dream about :)  The town at the bottom is Telluride. 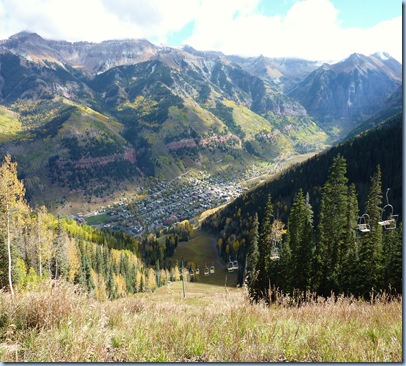 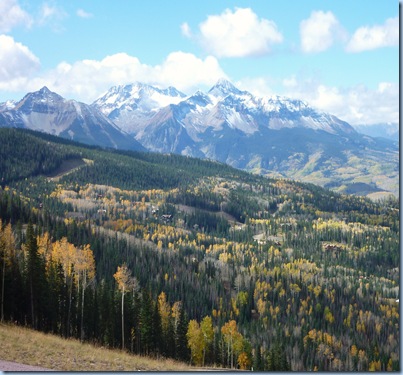 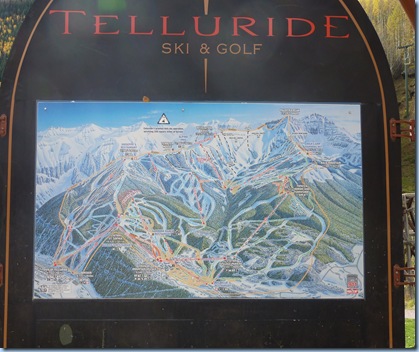 There is a small community up there called Mountain Village.  They even have their own little airport.  You can see the runway on the right in this picture. 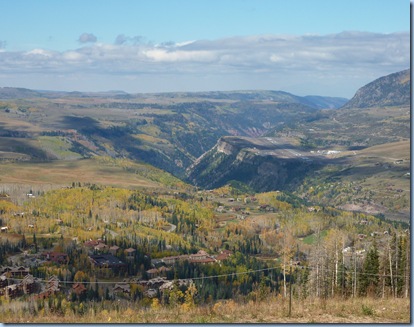 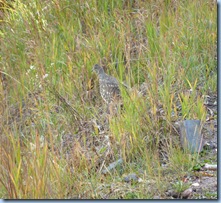 This Dusky Grouse sitting in the tall grass on the edge of one of the ski paths.

After leaving Telluride, we began driving on the east side of the loop; more white knuckle mountain roads, but oh the views! 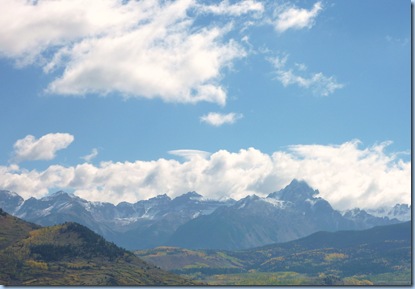 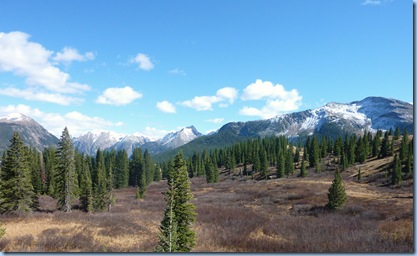 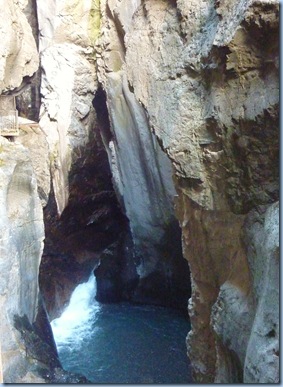 We stopped in a little town called Ouray to hike to the Box Canyon Falls.  This waterfall rushes down through rock canyon walls.  The water is naturally heated underground, and the town uses if for a hot springs pool complex.

On the outskirts of Silverton, Colorado are the Red Mountains.  The red colors are beautiful, but are not natural.  In the late 1800s, silver mines dominated these mountains.  Millions of dollars in silver were pulled from the mines.  However, water seeping through the waste rock left behind, has caused the red coloring.  There is actually a movement to restore the mountains to their natural state.  If you look closely, you can see some of the mine buildings and railroad tracks left behind. 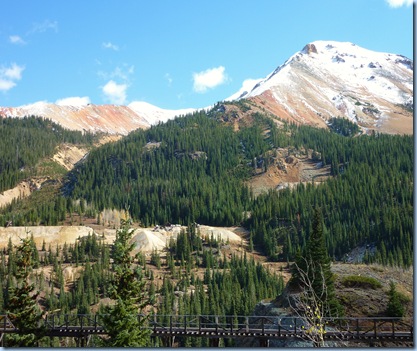 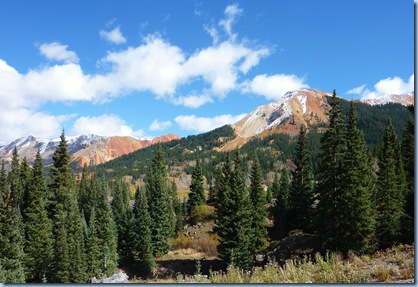 I took many more pictures, but these will give you an idea of the magnificent, amazing, phenomenal, beautiful, breathtaking images we saw.  I highly recommend this area to everyone especially in the fall.

Posted by RV Khronicles of Kevelyn at 6:57 PM 3 comments: Links to this post