This morning we drove to Coffeyville to check things out. It’s a pretty small town about 7 miles from us, with one main road that has tons of fast food places, but no Dairy Queen :(

There is also a new Wal-Mart in town with a Redbox, so we were able to rent the new X-Men movie for tonight.

Since we had a buy-one, get-one coupon for a Blizzard, we had to also check out the town of Independence, which does have a Dairy Queen, as well as another Wal-Mart. Independence is about twice as far as Coffeyville, so I don’t see a reason why we’ll have to go back there, unless we need a Dairy Queen fix. Both towns are pretty small. We are about an hour from any type of larger city, either Joplin, Missouri or Tulsa, Oklahoma.

Since tomorrow is our official start day at Amazon, it’s also my first day of eating less, especially snacks. So, we may not be visiting Independence again :(

Because we will be doing so much walking at work, I hope to use this as motivation to eat better and lose 10 pounds. We’ll see how that goes. I’m hoping that instead of paying to belong to a health club, I can get paid to lose weight :)

When we got back from shopping, we rode out bikes over to Amazon. Even though our campground is across the street, it’s still a couple of miles to the employee entrance. Amazon is huge. 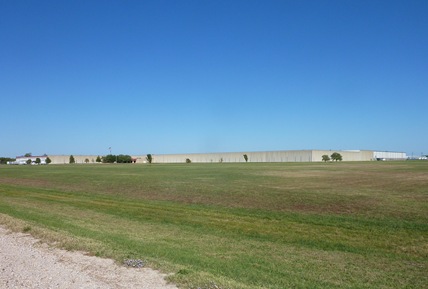 It took us about 7 minutes on our bikes, and they have bike racks for employees. So, as long as the weather holds out, we’ll be riding our bikes to and from work. Kevin wanted to walk, but that will take too long when our start time is at 6:30 a.m. The bikes are a good compromise.

Quite a few readers have expressed interest in how this Amazon job will work out. So, I will try to give you a good look at exactly what we’ll be doing. Hopefully, I won’t be boring anyone.

Did you know that Kansas is the Sunflower State. I haven’t seen too many of them, but it may be too late in the season. It’s quite dry here. I think this area may have experienced some drought this summer. These are the only sunflowers I’ve seen so far, and they are next to Amazon’s parking lot. 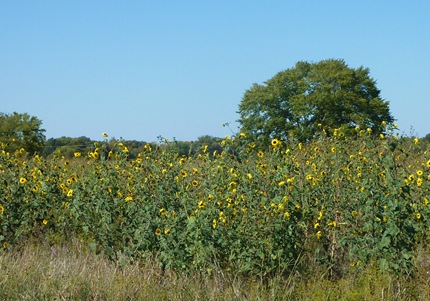 Posted by RV Khronicles of Kevelyn at 6:02 PM 4 comments: Links to this post