Yesterday we headed back to San Diego to enjoy a Seal boat tour.  The tour is operated by the same company as the Old Town Trolley tour we took with the boys.  We were lucky to be in the right place at the right time when we bought our trolley tickets.  The people in front of us had combination trolley/boat tickets, but wouldn’t be able to do the boat tour, so we got lucky and were given the tickets. The vehicle is a combination bus and boat.  There are other cities with these types of tours commonly referred to as “Ducks”.  Those are refurbished military vehicles.  The San Diego Seal vehicles are made specifically for these tours, and are not refurbished.  They are supposedly safer, so that’s a good thing.

The first part of the tour was a drive along the harbor.  Most of what the guide told us was a repeat of what we had heard on the trolley.  We then headed to Shelter Island where we drove into the San Diego Bay and became a boat.  What a great view of downtown San Diego. 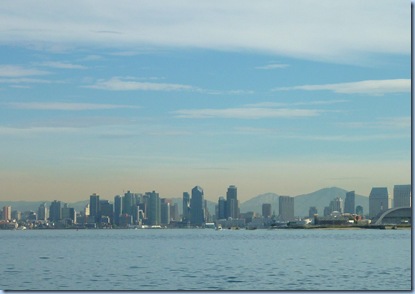 Much of the property on both sides of the bay is owned by the Navy.  This area is a repair facility for jets. 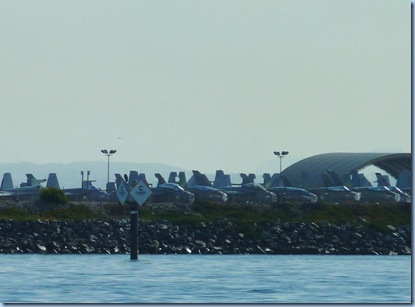 The Navy SEALS were out on training maneuvers. 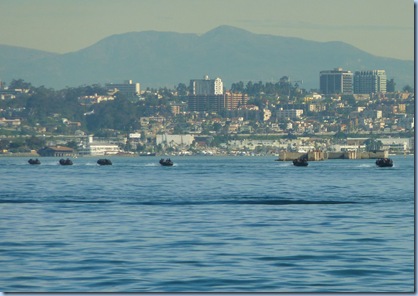 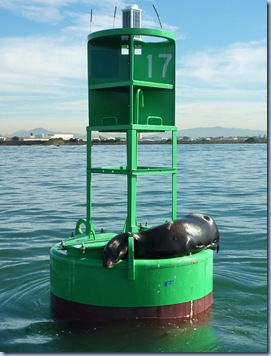 This guy found an unusual spot to take a nap.

These California Sea Lions are resting on top of fishing crates. 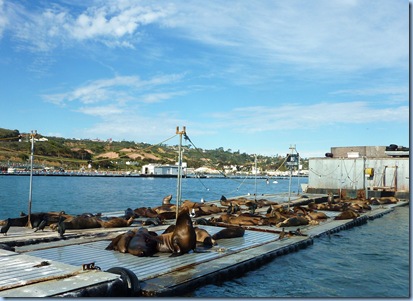 I always think of them as being all sleek and wet, but some of these guys had dried off.  I was surprised to see they have fur. 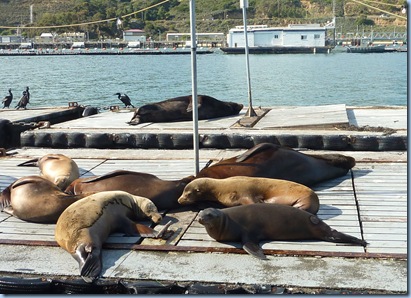 The Navy has a dolphin and seal training facility in this area.  They actually have trained dolphin to find underwater mines.  These dolphin were used in Iraq to identify mines before our ships entered the area.  Amazing.  We saw one Navy boat working with a dolphin, but I wasn’t able to get a picture.

As we returned to shore, these California Brown Pelicans were sitting on the wall welcoming us back. 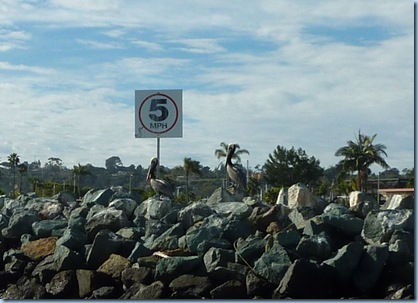 We enjoyed the Seal boat tour, but I don’t know that it would have been worth paying extra for it.

Next we drove to the Cabrillo National Monument in Point Loma.  To get there, you actually drive through one of the Navy bases.  There is a military cemetery up there with thousands of headstones; so sad! 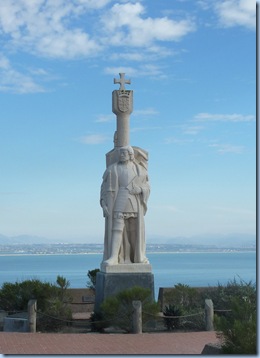 Juan Cabrillo was the first European to set foot in California.  In 1542 he discovered the San Diego area and claimed the land for Spain.

In 1854 the US Coast Guard built the Point Loma lighthouse overlooking the bay and ocean.  It operated until 1891 when a new lighthouse was built near the bottom of the cliff.  The reason was that fog and clouds often obscured the light at the top.  The old lighthouse has been restored and is open to the public. 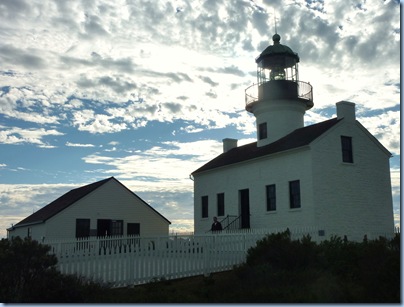 We drove down to the shore area and were lucky to be there at low tide.  There are many tide pools along the Monument’s shoreline so we did a little exploring.  It’s a beautiful area. 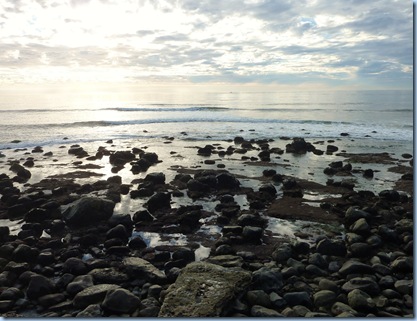 It was a beautiful day with temperatures in the mid 60s.  Although I’m feeling better, I was pretty wiped out by the time we got home.  I think today will be another day of rest :)

Posted by RV Khronicles of Kevelyn at 11:30 AM 4 comments: Links to this post