Yesterday we took a drive along Historic California Route 101 from Oceanside to Mission Beach, California.  We spent most of our time in La Jolla.

We traveled along the ocean and enjoyed beautiful scenery for several miles.  We saw Torrey Pines Golf Course and headed to Glider Port.

This is a historic site where people have been hang gliding and paragliding since 1930.  It was fun to watch them.  In case you want to participate, the cost is $150 to $200 to do a tandem ride with an instructor.  We just enjoyed watching :) 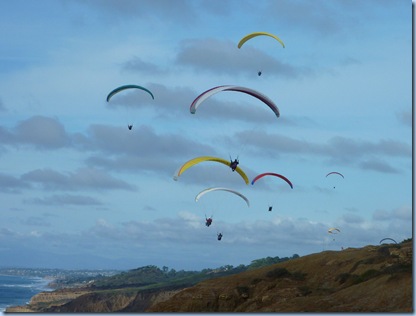 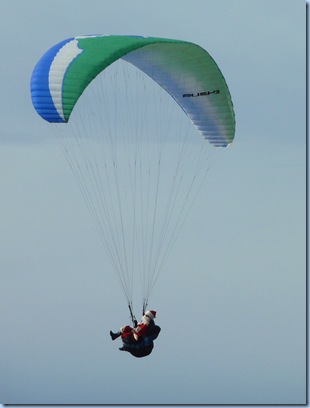 We found out where Santa goes to relax after he has finished with his Christmas deliveries.

We saw one guy in a hang glider.  All of these pilots made it look really easy. 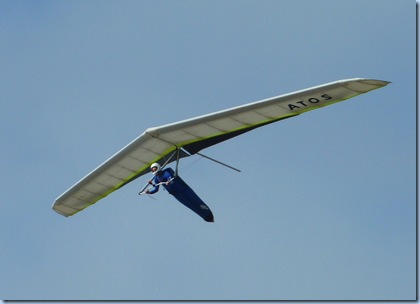 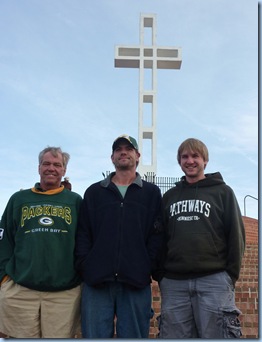 Our next stop was at Mt. Soledad Natural Park.  There were some amazing houses perched on the hillsides as we drove up.  A Veteran’s Memorial is located on top of the mountain. 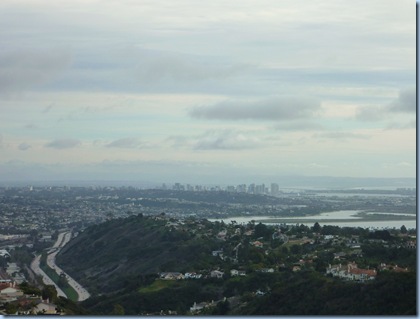 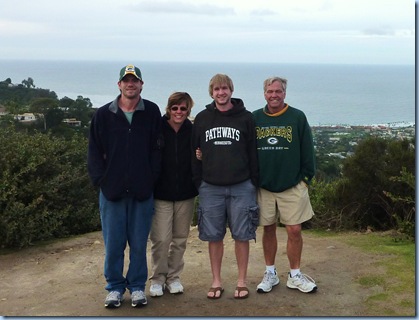 Our final stop was La Jolla Cove.  This cove was originally designated as a children’s beach.  Sea lions had other ideas.  Years ago they took over, and people have been flocking to the beach to look at them ever since. 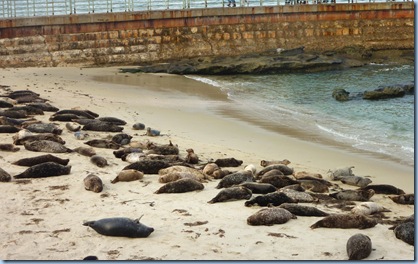 We walked along the sidewalk above the beach for several blocks.  This is a really nice area.  We saw more sea lions in another cove.  This guy was showing off for the cameras. 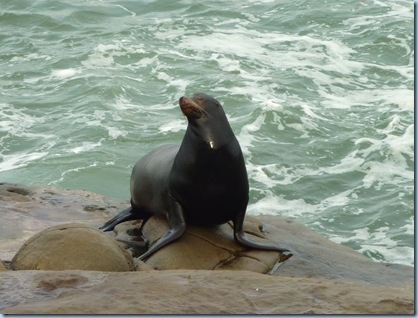 A few seals were hanging out in the water.  It looked like they would be crushed against the rocks every time the waves came crashing in, but they just bobbed up again when the waves receded. 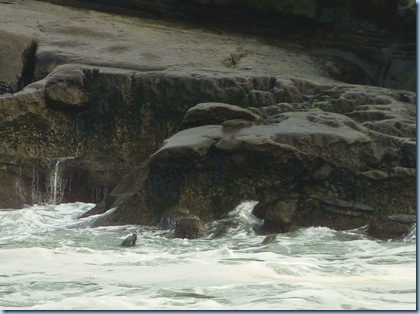 There were a bunch of birds on the rocks.  I think these are Cormorants.  There were, of course, many seagulls and even some pelicans.  The pelicans just kept gliding overhead.  They wouldn’t land to have their picture taken. 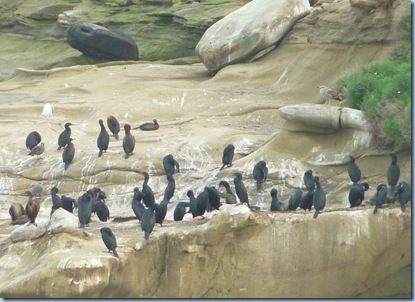 Since the pelicans didn’t want to have their picture taken, you’ll have to see one more of us. 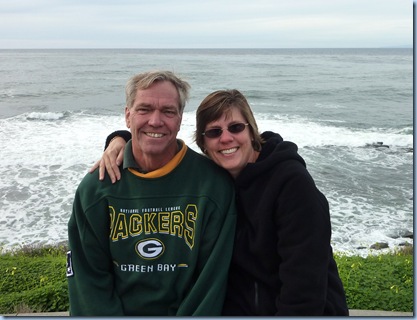