We finally left Montana and headed to Medora, North Dakota. Our daughter-in-law Cathryn, who is from Moorhead, Minnesota, had told us of her memories of vacationing in Medora with her family.

The town is located at the entrance of Theodore Roosevelt National Park. It appears it is a tourist town open in the summer. According to 2017 census records, only 130 people actually live there. I'm thinking its a ghost town in the winter. The history of this town is quite interesting. It's amazing how it has been able to reinvent itself several times to survive.

We wandered around and checked out the shops. There are a number of restaurants and some shows featuring gospel and cowboy music. The town has been around since the late 1800s and cowboys are a definite part of its history. There is even a cowboy museum. 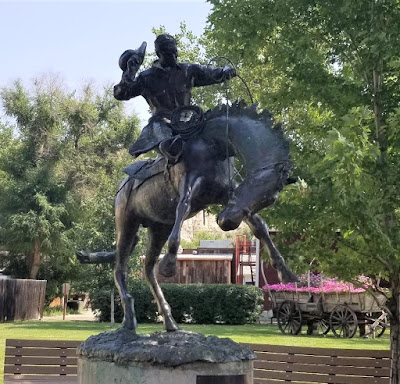 We chose to attend the Medora Musical in the evening. It is located at the top of one of the hills. The amphitheater style seating is built into the side of a hill. They are celebrating their 55th anniversary this year. In the mid 1990s, the entire theater was redone. The setting is beautiful. 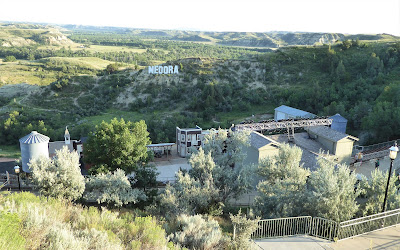 The show featured a band and singer/dancers. They did musical numbers based on the history of the area with an emphasis on Teddy Roosevelt. It was a very family friendly show, and I really enjoyed it. 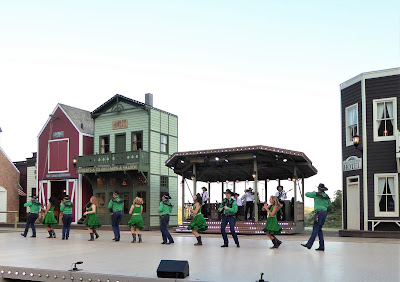 A couple of times horses were even on stage. For the finale the stage opened up and the hills behind were illuminated to look like the American flag. Horse riders came down from behind the Medora sign on the hillside. Fireworks were an awesome finale. Very well done! 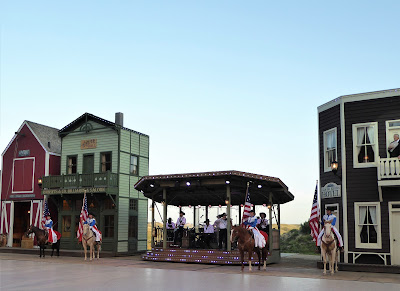 The next day we visited Theodore Roosevelt National Park. Teddy originally came to Medora in 1883 to hunt buffalo. He fell in love with the area and returned a year later to grieve the loss of his wife and mother. They both died on the same day due to illness. He eventually moved back to New York and remarried. He credited his Dakota experience as the basis for his groundbreaking preservation efforts and the shaping of his character.

As president he established the US Forest Service and signed the 1906 Antiquities Act, under which he proclaimed 18 national monuments. With Congress he created 5 national parks, 150 national forests, and dozens of federal reserves, over 230 million acres of protected land. Teddy's original cabin in the Dakotas, the Maltese Cross Cabin, is on display at the park. 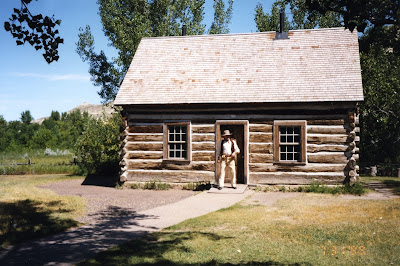 We drove along the loop road through the park. Part of it was closed due to a landslide, so it was a 24 mile drive in and drive out trip. We were actually at this park almost exactly 20 years ago on August 1, 1999. At that time we had seen wild horses and bison. This time the only wildlife we saw were lots of prairie dogs. They sure are cute and fun to watch. 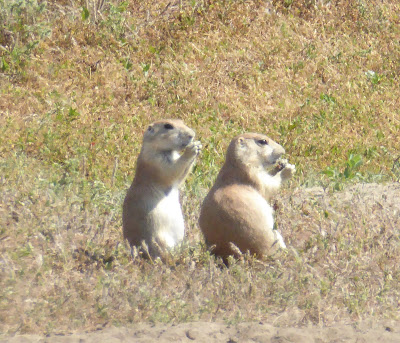 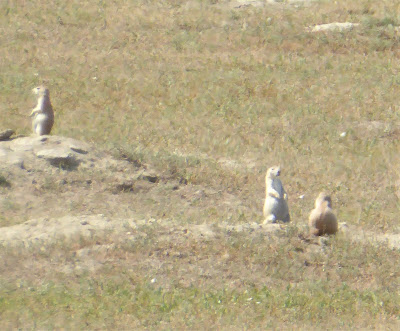 The scenery is beautiful. We have also been to the Badlands in South Dakota. I must say that area is a bit more impressive, but this park is still very nice. It was actually established in 1947 as a national memorial park to honor President Roosevelt and to provide a place for everyone to experience his beloved Badlands. 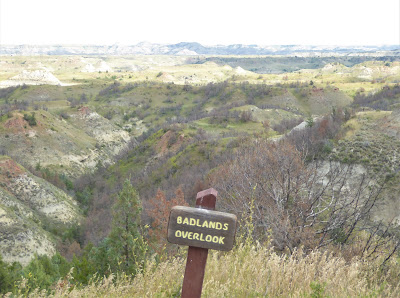 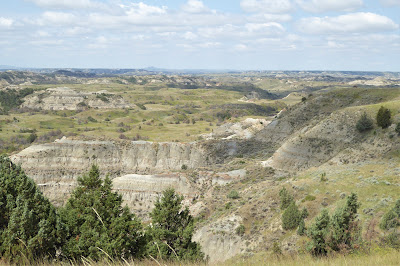 About 15 miles from the south unit of the park is the Painted Canyon Visitor Center. It is another beautiful view of the North Dakota Badlands. 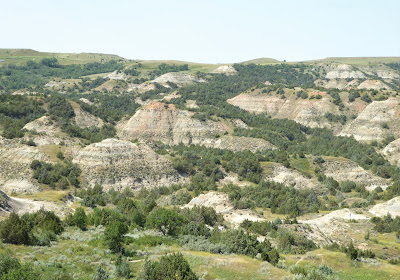 Plans are underway to open the Theodore Roosevelt Presidential Library in North Dakota in 2020. His legacy is an important and beloved part of the history of this state.

Don’t wish upon a star – Reach for one!
Posted by RV Khronicles of Kevelyn at 9:29 AM No comments: