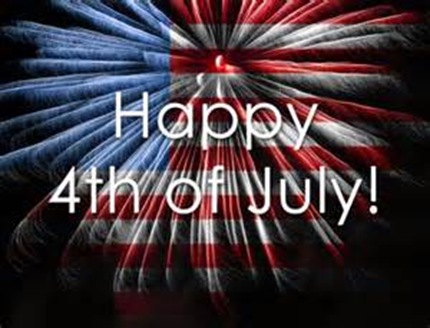 We wish everyone a Happy 4th of July weekend. The weather here in Wisconsin couldn’t be more perfect. Highs near 80, low dew points and sunny. Our campground is full, and I’m sure all the campers appreciate this beautiful weather.

The campground has been full or near full every weekend since mid May. Overall, people behave well, and things run quite smoothly. Last weekend we had one exception.

Several of the sites were occupied by people planning to attend the dirt track races in Beaver Dam Saturday night. They left late afternoon and returned around 11 pm. At 12:15 am Kevin had someone at the door who demanded to talk to him. I was in bed but heard the commotion.

This guy had come in after the races and taken a site that was already reserved. There was no car at the site because those people had also been at the races and weren’t back yet. There was a tent on the site, but it was on the edge of the site, so I guess the guy thought it was on the neighboring site. He had self-registered and paid the site fee.

When the rightful occupants of the site returned, they told him he had to go. That’s when he showed up at our door. There was a reservation slip at the site showing the first night was June 27 and the last night was June 27 as they had only reserved for one night. This guy was arguing that this was stupid, didn’t make sense, and it was now June 28 (after midnight) and he should have been able to use the site.

Kevin explained it to him four times, offered to return his money as we were full and had no site available for him, but he just kept arguing. Finally, Kevin asked him to leave. Alcohol was most likely a factor. I guess he thought we should kick everyone out at midnight. Sometimes, you just have to shake your head!!

One morning I was sitting in my chair and noticed some movement in the soy bean field outside my window. There were two cranes walking around in the field. I’ve seen cranes around the area on occasion, but not very often. 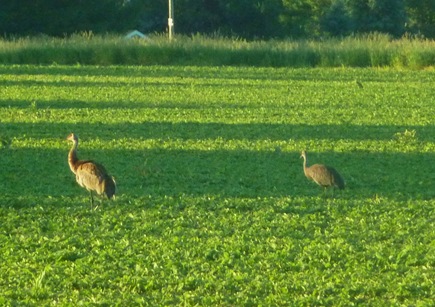 We have a family of red-tailed hawks that live in the park. They have not been happy with our weekend human visitors. Last weekend about half of our sites were occupied by a ham radio club. They put up lots of antenna wires, and the hawks were super agitated all weekend, squawking from early morning until dusk. I wonder if the frequency of the radios bothered them. 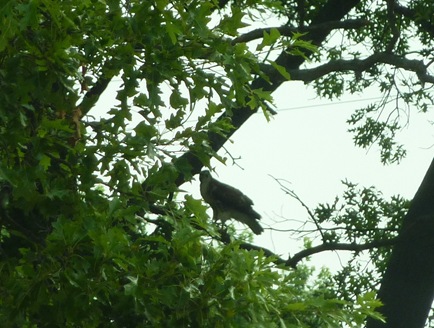 The other day one of them landed in a puddle in the parking lot. It sat there for the longest time, It seemed to be washing its feet or lower feathers. I got to within about 15 feet of it, and it didn’t fly away. Amazing. 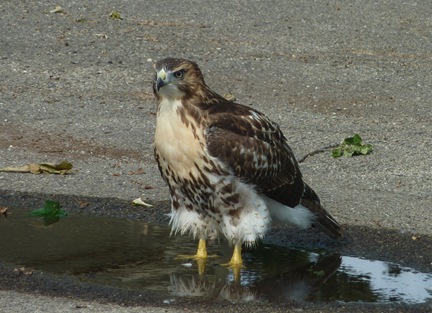 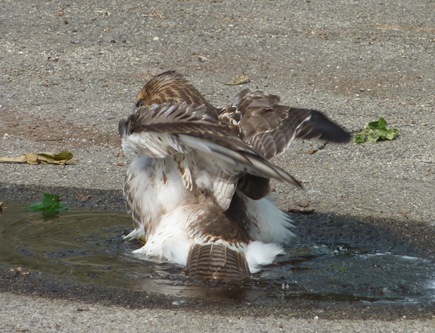 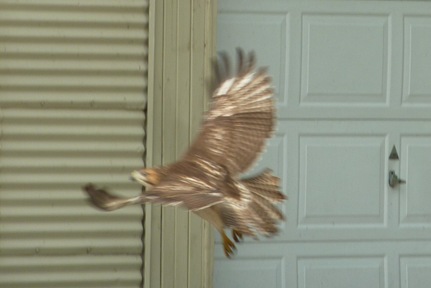 Our skies have been a bit hazy the last few days due to fires in Alberta, Canada. This has caused the sun to be quite orange at sunset. On Thursday we had this beautiful sunset to the west. 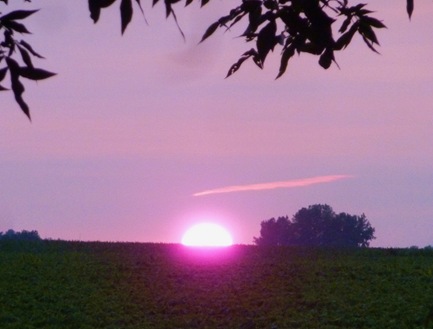 And a full moon to the east. Wow! 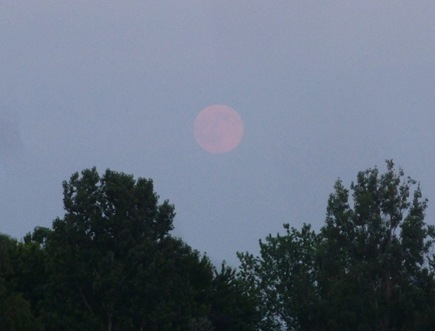