The sun was out yesterday and temps were in the low 50s. Although not the best weather for a swamp tour, it doesn’t look like it’s going to be much warmer for the rest of our stay in New Orleans, so we decided to use one of the Groupon coupons I purchased. The tour is $25 per person, but with the coupon we paid that for the both of us.
The Jean Lafitte Swamp Tour Company is located about 30 miles south of the city. On our way, we crossed over a couple of bridges. We had a great view of downtown New Orleans. That’s the Super Dome on the left. You can really see just how big it is from this viewpoint. 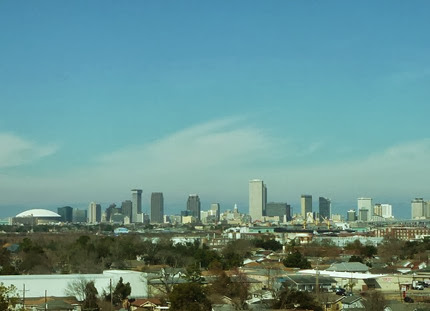 There were 10 of us on the 90 minute tour. Our guide and boat driver was a retired man who has lived in the wetlands of Louisiana all of his life. He had lots of very interesting information to share. 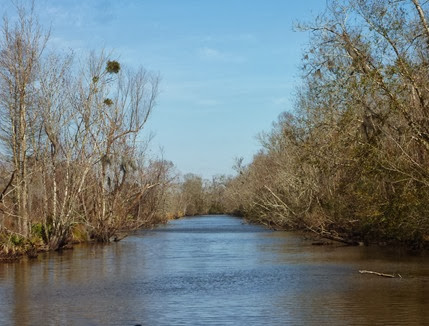 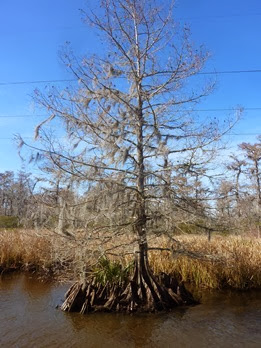 We saw lots of Cypress trees and learned that the knees are part of the root system. New trees don’t grow from the knees.


This picture shows the difference between a swamp and a marsh. The area in the back with trees growing in it is a swamp. The area in front with the grass is a marsh. Trees don’t grow in a marsh. Although it looks solid, we were told that if we tried to walk out into it, we would quickly sink in up to our chest, and it would be almost impossible to get out. No thanks! 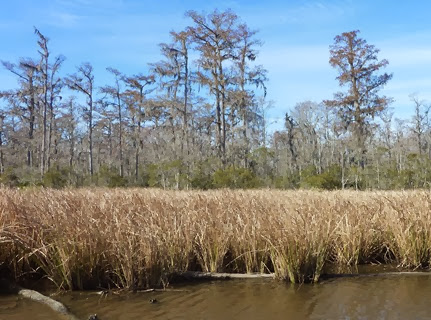 This shack is an original swamp shack that is more than 100 years old. It was moved to this location for the tour. The outhouse blew down during a storm, so they rebuilt it using new wood. That sure takes away from the authentic look. 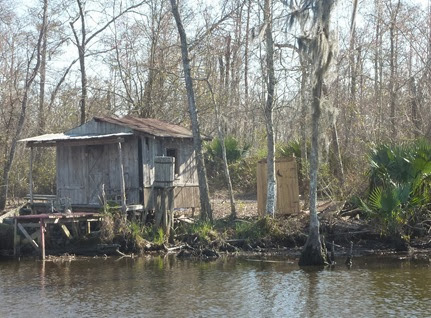 This shack was built by a movie company for a Burt Reynolds movie. I forgot what the name of the movie was. There have been quite a few movies filmed in this swampy area. 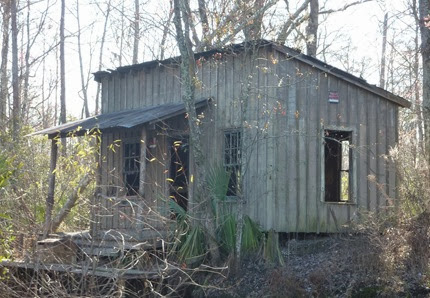 We saw some birds, turtles and a nutria. This was a new animal for me. It looked like a big woodchuck. These animals were brought here by settlers for trapping, but are now considered a nuisance. 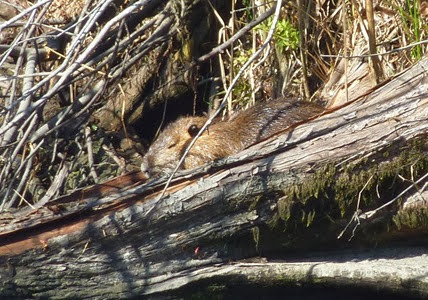 These black vultures a/k/a buzzards were drying off and sunning themselves. 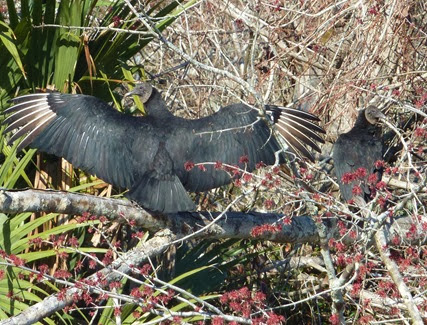 We also saw an anhinga and some turtles. 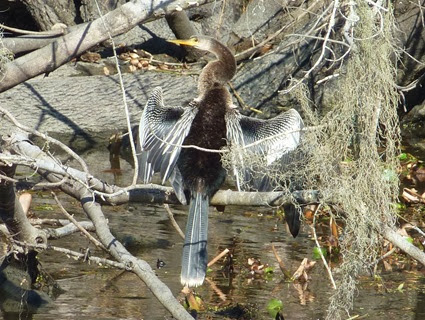 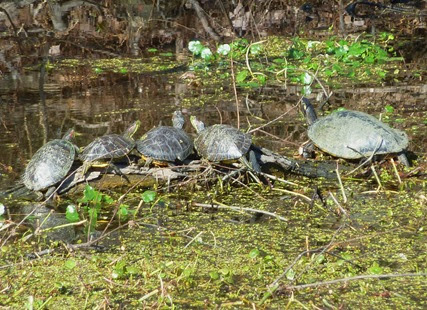 The turtles we saw were not the kind used for turtle soup. Our guide told us that snapping turtles are good for soup. He brought out the head and shell of a snapping turtle he caught and had for dinner. 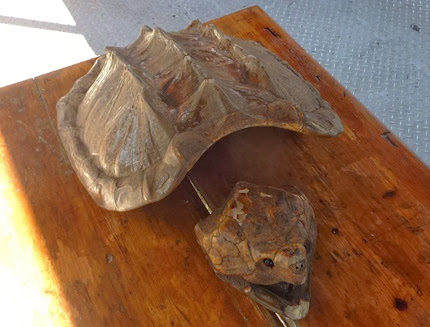 In the spring and summer there are many alligators in these swamps. However, it was too cold for them to be out yesterday. Our guide showed us the head of a nine foot alligator. Kind of creepy! 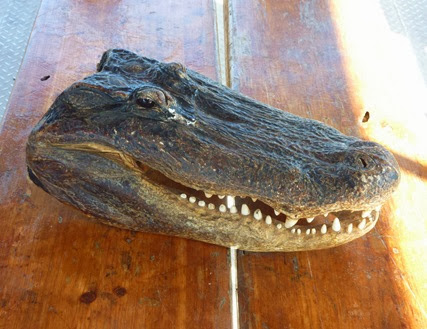 At the end of the tour he brought out a live alligator that we were able to hold. The tour company rescues baby alligators who get separated from their mothers. They raise them until they are able to fend for themselves, and then release them back into the wild. In the meantime, they use the babies for the tours. The bottom felt just like leather. Good thing his mouth was taped shut! 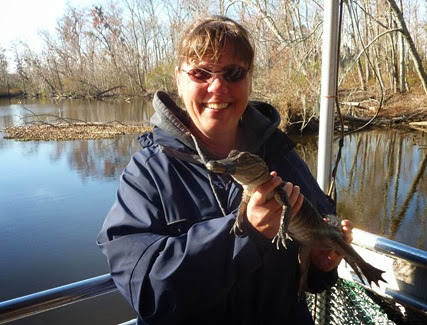 There was a cage with some alligators and turtles behind the tour office. A heat lamp was keeping them warm. 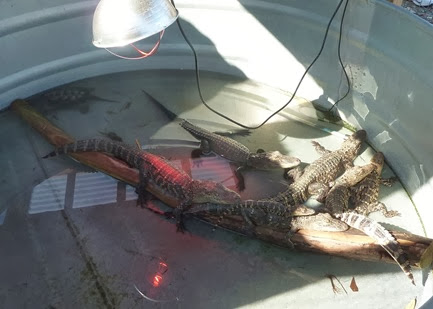 I couldn’t resist being a tourist for this last shot :) 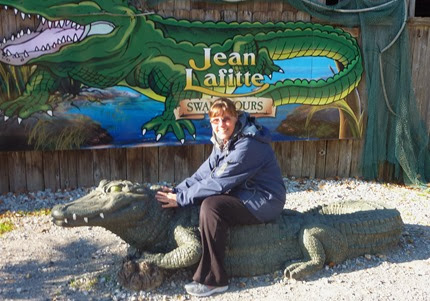 Don’t wish upon a star – Reach for one!
Posted by RV Khronicles of Kevelyn at 6:33 PM No comments: