Last Wednesday we headed north about 100 miles to visit North Cascades National Park. We had heard very little about this park; some parks are super popular, and others are barely recognized. We stopped at the visitor center and found out there is no fee to enter the park. State Highway 20 runs right through it.

The visitor center was only at 500 feet elevation. A very nice ranger gave me some tips about places to see the highlights of the park. Behind the center was a short boardwalk with views of the Picket Range. It was cloudy as this lower elevation, so not the best picture. As late as 1932, some peaks in this range were considered impossible to climb. The first alpine traverse of the range wasn't until 1963. 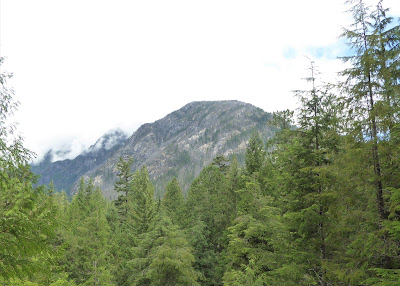 As we had been driving towards the park, we had noticed huge power lines. I wondered why this remote area needed so much power. We discovered that the Skagit River, which runs through the park, has three dams on it; creating some beautiful lakes and recreation areas.

Our first stop was the Gorge Dam overlook trail. This was the first dam created in the area back in 1924. The power created by the dams here have been sending power to Seattle ever since then. 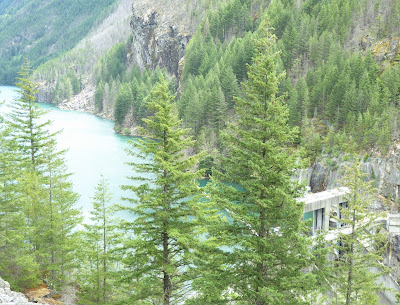 These flowering bushes were blooming all over the area. I wasn't able to find out what they are, but they sure are pretty. 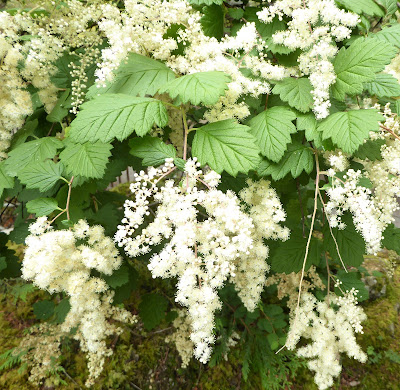 This is Gorge Creek Falls. 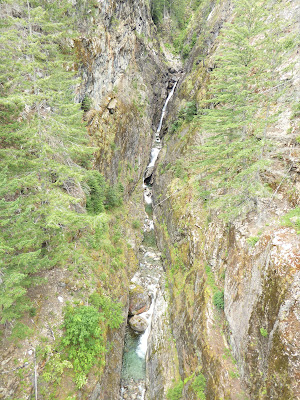 Our next stop was Diablo Lake created by Diablo Dam. Such a beautiful area. The dam is at the very back of the picture. 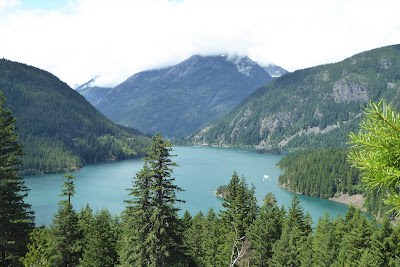 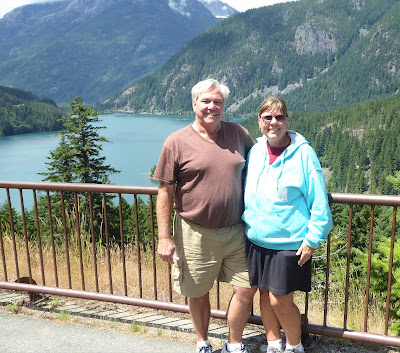 Next up was Ross Lake created by Ross Dam. This lake was narrow, but goes way back. 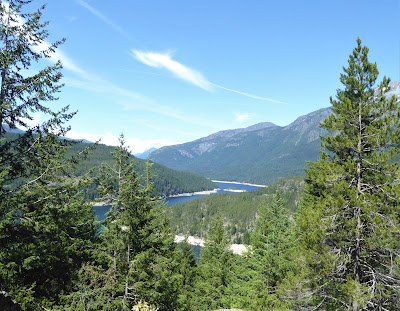 The views from Rainy Pass Overlook were spectacular. 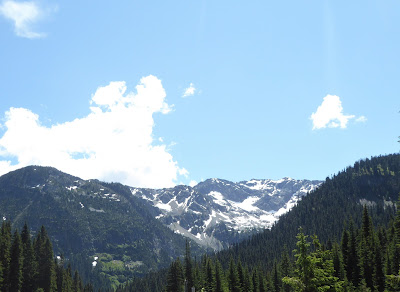 Our last stop was Washington Pass Overlook. This is the highest point on the road in the park at 5,477 feet. We walked on a short wooded path to the overlook. It opened up to a breathtaking scene. It felt like we were up close to the mountains, rather than looking at them from below. Here are some of the pictures I took. It was another one of those places where you just stood in awe and enjoyed the scenery. There is no way photos can capture the grandeur and majesty of what we saw. 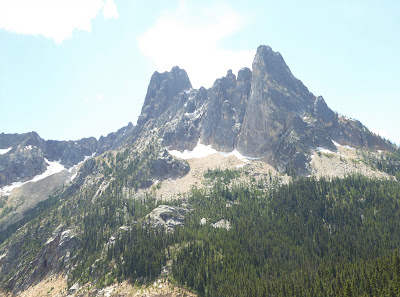 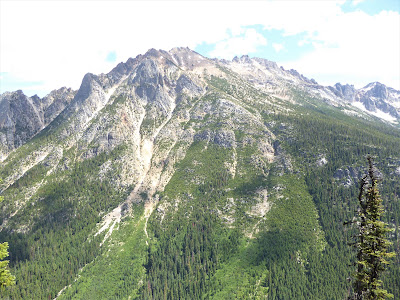 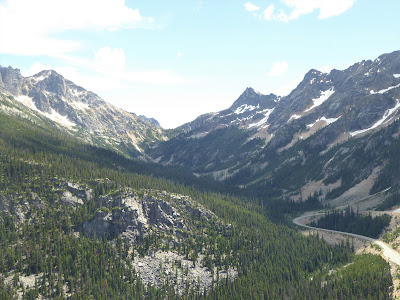 If you look close to the photo below, you can see some people standing at one of the overlooks on the left. Notice how high it is, and how it feels like you are up close to the mountains. Along the path were some more pretty wildflowers. 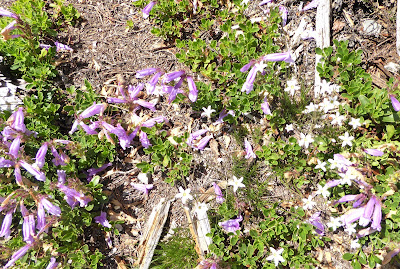 I did some checking, and discovered this was the 36th national park we have visited. There are a total of 61, but at least 10 of those are in locations we will probably never get to. So, that means we have some more traveling to do! We've also been to quite a few national monuments and wildlife refuges.

Yesterday we checked out two microbreweries near us. The first was Cairn Brewing in Kenmore. Kevin said the Becker's Kolsch was very good. Next was Foggy Noggin Brewing in Bothell. While looking for places to visit, it seemed rather odd that they were only open on Saturdays from noon to 5 pm.  The GPS took us down a dead end road in a residential area. It turns out this microbrewery is in someone's garage, and has been in business since 2010. 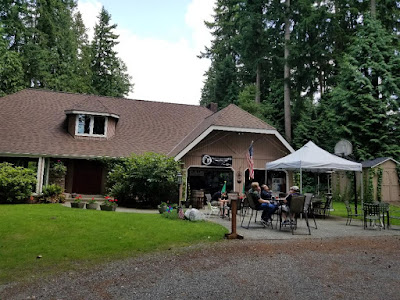 Definitely the most unique brewery we've visited. They brew English Ales; Kevin had the Cream Ale nitro tap and said it was delicious!

We're leaving Bothell tomorrow, but not moving too far. Our next stop is about two hours away in Wenatchee, Washington. More adventures await!

Don’t wish upon a star – Reach for one!
Posted by RV Khronicles of Kevelyn at 11:23 AM 1 comment: