On Friday we drove to Fort Myers to visit the Edison and Ford Winter Estates which include the winter homes of these famous men, as well as gardens, a laboratory and a museum. There are a couple of different options for tickets. We chose the $25 audio tour which included visiting all of the property and an audio device to listen to narration at twenty stops.

Edison purchased this property on the Caloosahaatchee River in 1885. At that time this area was pretty much a wilderness. It is believed he chose this piece of land because of the bamboo growing there which was used in making filaments for light bulbs. All building materials had to be brought by boat as there were no roads. He built a 3,000 square foot house and named it Seminole Lodge. 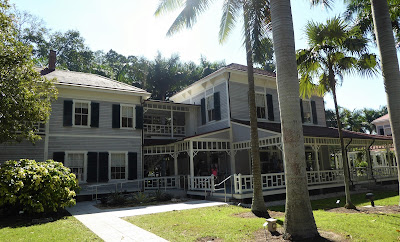 His first wife died at the age of 29. Edison brought his second wife Mina to this winter home in 1886 on their honeymoon. She was 20 and he was 39. Edison died in 1931 at the age of 85, so they spent many wonderful winters in Florida with their three children. 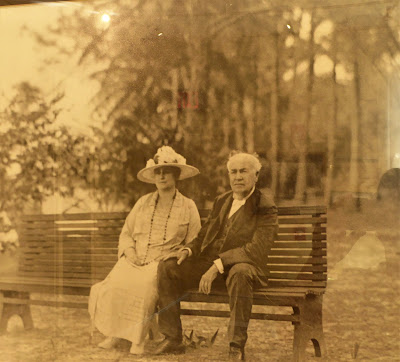 There are many beautiful light fixtures in the house. He called them electriliers. There was a cord hanging down from the center with a switch to turn them on and off. 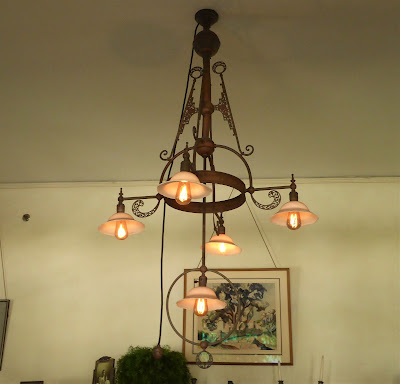 In 1910 Edison had one of the first residential pools in Southwest Florida built on his estate. It was built using Edison Portland Cement, one of  his inventions, and included a bath house, tea house, and diving platforms. 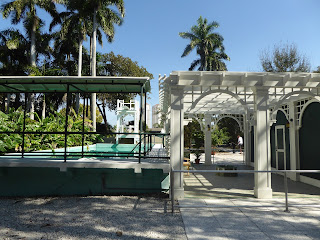 Henry Ford was the chief engineer at the Edison power company in Detroit. The two men became friends and eventually business partners. In 1916, Ford bought the adjoining property in Fort Myers and built his own winter home. He named it The Mangoes because of the many mango trees growing there. 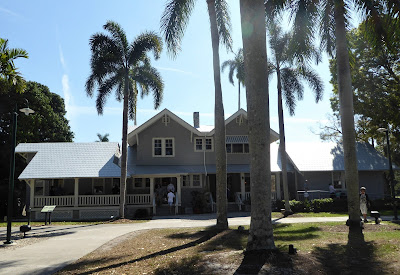 Edison, Ford and their friend Harvey Firestone spent years as business partners trying to find the best plants as a natural source to produce rubber in the United States. Edison had a large botanical garden on his winter estate where they grew many plants that might produce quality rubber. Over 17,000 plant samples were tested. In the end, they found that the weed goldenrod was the best source of latex sap for rubber. Here are the three amigos, with Ford on the left, Edison in the middle, and Firestone on the right. 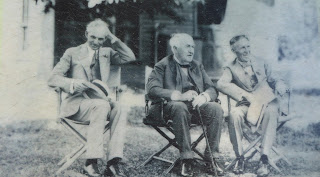 This banyan tree was planted as a sapling in 1927. It's canopy now covers over an acre and is considered one of the largest in the continental United States. 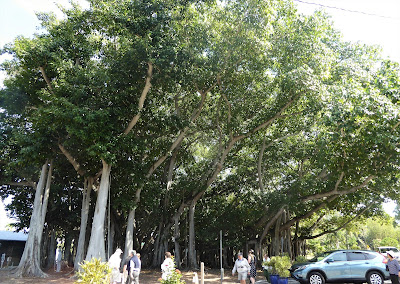 There is also a huge rubber tree on the property near the river. Weddings are held at this beautiful location. You can see it was set up for a wedding for the weekend. 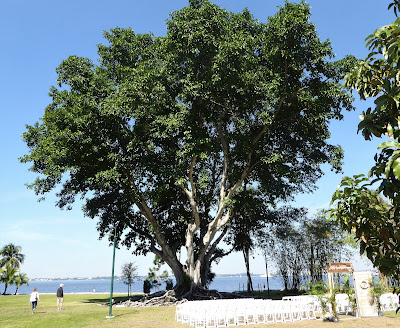 Edison had a large lab on the property. He worked tirelessly creating new inventions throughout his entire life. He holds the record for being the only person to have at least one patent granted for 65 years in a row. In total, he had 1,093 patents. He said his favorite invention was the phonograph. 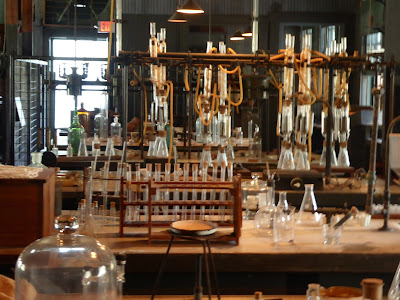 This was his study. 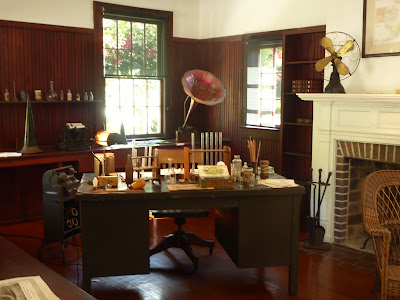 The museum portion of the property was very interesting. In 1929 General Electric produced a 50,000 watt light bulb for the celebration of the 50th anniversary of the Edison incandescent lamp. In 1954 GE produced a 75,000 watt bulb to celebrate the 75th anniversary. Kevin was kind enough to stand between the two for size perspective. The 50,000 watt is on the left, 75,000 watt on the right. Those were some big light bulbs. 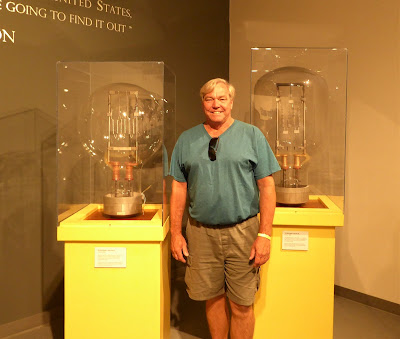 We spent about three hours at the estates and then headed to Manatee Park in Fort Myers. In 1957 a power plant was built with a canal for run off water from the plant. The water is quite warm and began attracting manatees to the canal in the winter when the Gulf temps were too cool for them. As a result, Manatee park was built across the road from the power plant for visitors to come and see the manatees. Free programs are held twice a day with information about them. 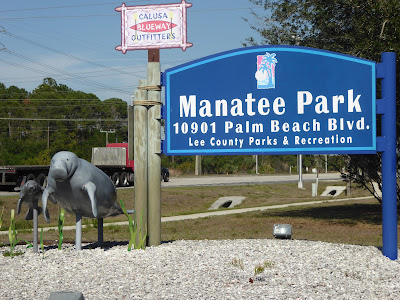 We were able to listen to part of the program and found out some interesting facts about these huge mammals. However, the Gulf is pretty warm this winter, so we didn't get to see any manatees. The only wildlife we saw was this lone egret. 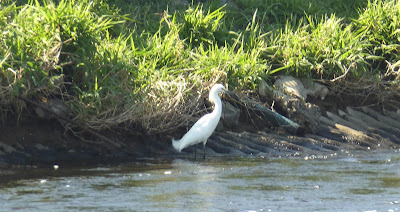 The only manatee we saw was this pirate version. 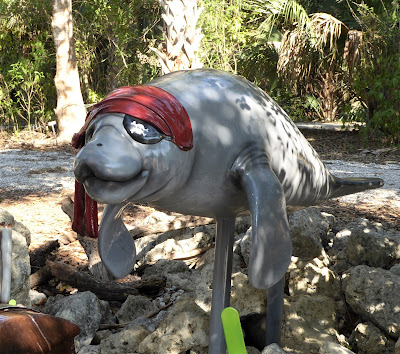 On the way home, traffic came to a stop on I-75, and we could see black smoke ahead. This taxi was what was causing the backup. Wow, we've never seen a car on fire like that. Sure hope everyone was safe! 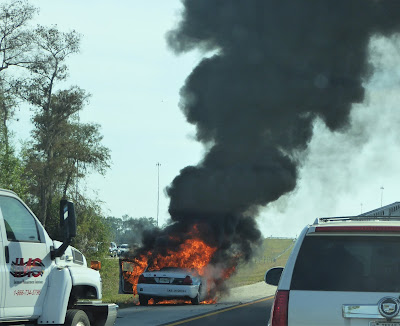 Don’t wish upon a star – Reach for one!
Posted by RV Khronicles of Kevelyn at 7:01 AM 2 comments: Links to this post