Yesterday we visited the Titan Missile Museum. In the early 1960s there were 54 Titan II missile silos built in Arkansas, Kansas and Arizona. The missiles were active for about 25 years. They protected our country during the Cold War years. In the mid 1980s President Reagan agreed to a treaty with the Russians and ordered the missiles disabled and the silos shut down.

All the silos were destroyed except this one in Tucson which was designated to become a museum. The missile in the silo does not have a warhead or fuel. The site doesn’t look like much from the outside. 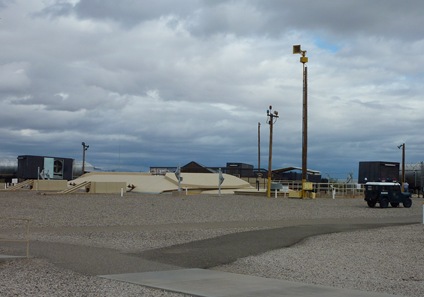 Inside, the silo is 15 stories deep. There is a viewing platform at the top so visitors can see the missile inside. 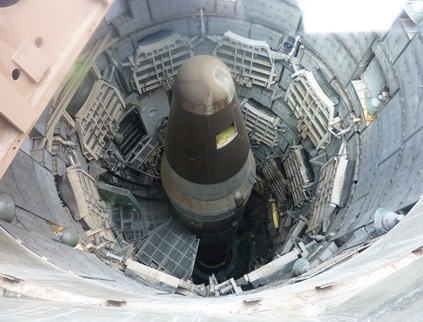 Two of these huge engines were needed to send the missile to its target. 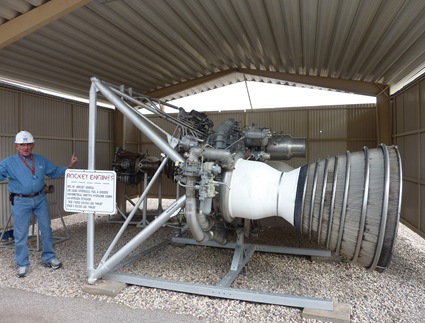 The warheads carried 9 megatons of explosives. That’s the equivalent of 9 million tons of TNT. To put that amount in perspective, you would need a train with boxcars full of TNT that reaches from Tucson to Lexington, Kentucky to equal the explosives in one warhead. A warhead would cause a 3 mile fireball upon impact. The black portion at the top carried the warhead. The rest of the missile was mainly to carry the fuel. 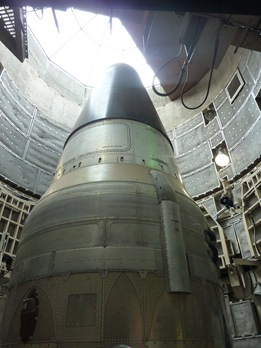 The United States built these missiles as a deterrent to the Soviet Union. Luckily, none of the missiles were ever launched. After the Titan II program was cancelled, the warheads were removed and the missiles were used to send satellites into orbit.

We were taken inside the silo to the Command Center. Our friend Joan was chosen to be the commander for the launch. Two people were required to turn keys that would initiate a launch. There were many safeguards in place to prevent any accidents or sabotage. 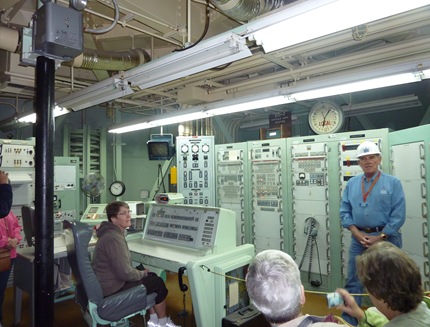 This museum was also in our coupon booklet so the cost for both of us was $9.50. It was a very interesting site to visit.

On the way home, we stopped at the Mission San Xavier del Bac. The mission is referred to as the White Dove of the Desert. It is still an active church and is located on the Tohono O’Odham Indian Reservation. 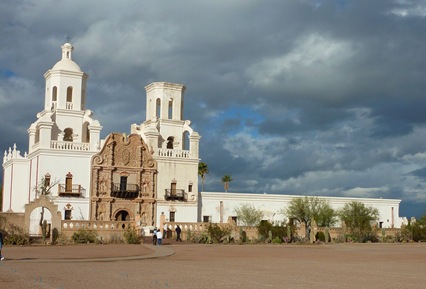 The mission was built by the Jesuits in 1692. It suffered damage from an earthquake and was rebuilt by the Franciscans in 1783.

The inside was quite ornate and beautiful. 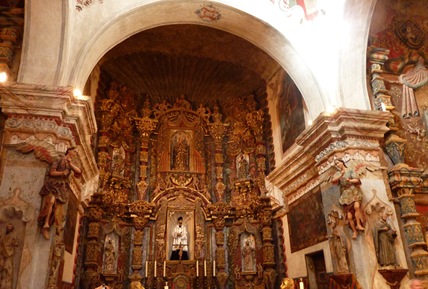 We’ve seen plenty of missions, but each is a little different. I always find it amazing to look at buildings that have survived for hundreds of years.

Posted by RV Khronicles of Kevelyn at 10:39 AM 7 comments: Links to this post