We spent the last few days at Wenatchee River County Park in Central Washington. We decided to stop here after finding out that fulltime RVers Steve and Joan were volunteering at the nearby Entiat Fish Hatchery. We have been reading each others blogs for several years and met them in Yuma a few years ago.

Their job is mainly taking care of the fish on the weekends when the employees aren't there. They also do some lawn mowing and maintenance jobs. They gave us a tour, and explained how the Chinook Salmon are raised for release back into the wild. 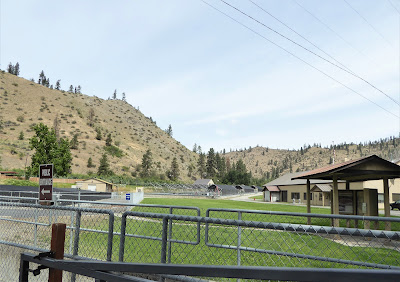 It was hard to get pictures of the fish, but here is one of the pools of small salmon. 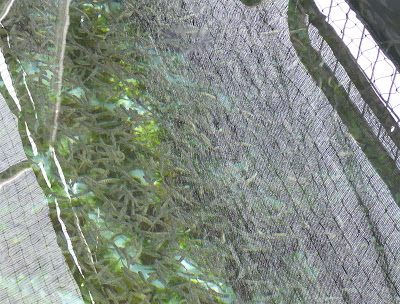 They are hatched here and spend about 18 months being raised for release. They swim to the ocean and in about four or five years they come back to spawn in the river they were born in, having grown to about a size of 30 pounds.

Each fish raised here has a transponder implanted so Fish and Wildlife can track them and learn how to improve the process. The purpose of all of this is to mitigate the consequences to the salmon population when dams were built on the Columbia River.

There was an eagle nest on the property. Joan says she frequently sees the adult eagles in a nearby tree in the mornings. 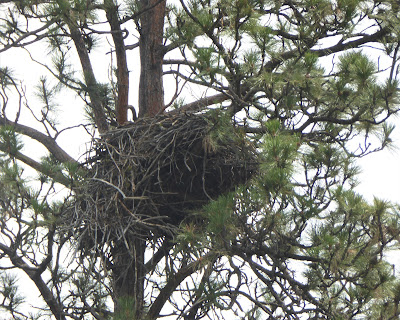 Steve and Joan have a beautiful motor home with an enclosed trailer in which they tow their Jeep and motorcycle. They took us on a Jeep ride on some Forest Service back roads. Lots of beautiful scenery in this area. We ended up at an overlook where someone has hung a swing. What an amazing spot!!! 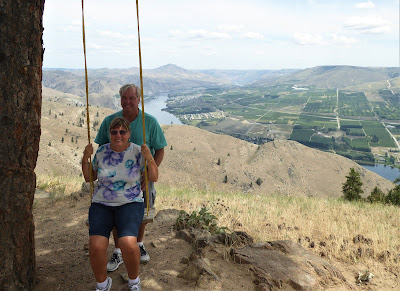 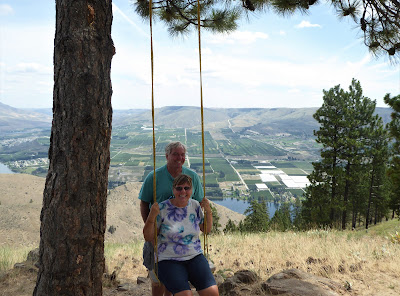 The fields in the background are apple orchards. Everywhere you look in this area there are apple, cherry or apricot trees. But, mainly apples. Lots of processing facilities as well. It was amazing to see how the trees were planted in stretches along the river between the hills and water.

I saw on the Washington Apple Association's website that about 60 percent of the apples in the country come from Washington. It takes the energy of 50 apple leaves to produce one apple. We stopped at several fruit stands during our stay. I've been thoroughly enjoying cherries and apricots. 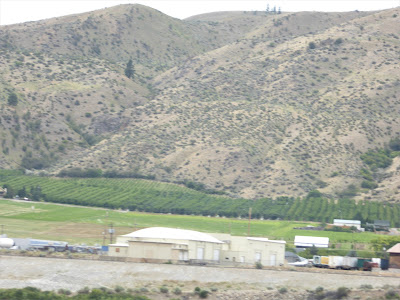 We stopped for lunch at the Apple Cup Cafe in Lake Chelan, another cute town. 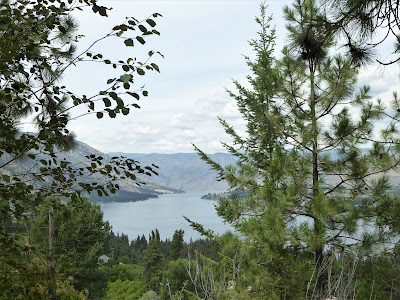 Steve and Joan were kind enough to let me take a picture to post. 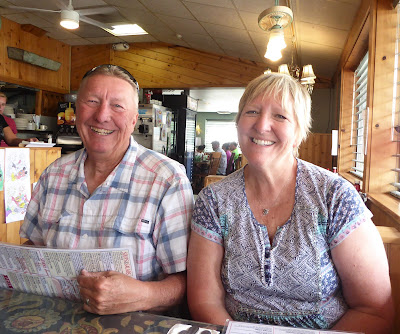 We really enjoyed our visit, and so appreciate that they took the time to show us the hatchery and give us a tour in their Jeep.

On the way home, we stopped to tour the Rocky Beach Dam Visitor Center. 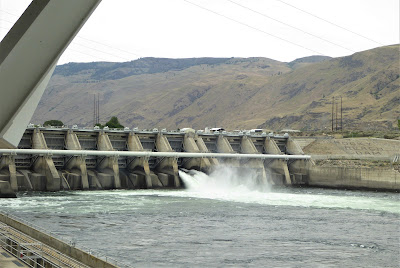 We went to the viewing area where we saw salmon swimming through the openings in the fish ladder. 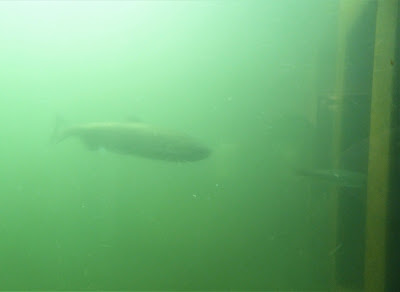 We learned that the female lays an average of 5,000 eggs, of which only 6 to 8 will survive to return and spawn.

Here is part of the fish ladder. The large pipe above is where the salmon that are returning downstream to the ocean are piped past the dam. Kind of like a water slide for fish. 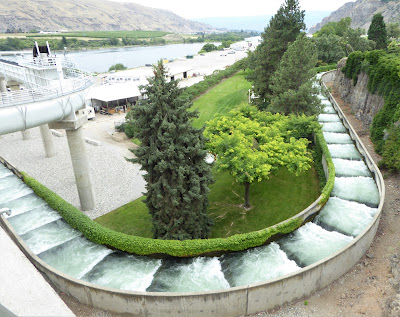 There is a really nice park on the dam grounds. Also, some very pretty landscaping. This Pac Man flower bed was amusing.

And the American Flag flower bed was beautifully done.

Yesterday we wandered around the nearby town of Leavenworth. In the 1960s a group of local residents mortgaged everything to save their town from the depression of a declining lumber and railroad economy. They recreated their mountain town into a Bavarian Village focused on tourism. It was a huge success. Today, it is one of the top tourist attractions in the state.

The downtown truly does look like a Bavarian town. There was live German music in the park, lots of buildings built in the Bavarian style, many shops and restaurants, and a huge May Pole. It looks crooked in the picture, but it wasn't. There were lots of tourists around. 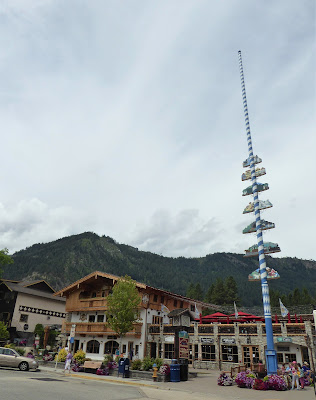 We stopped at two microbreweries where Kevin had a few samples. The Icicle Brewery had good beer, hard cider for me, and a hot pretzel. 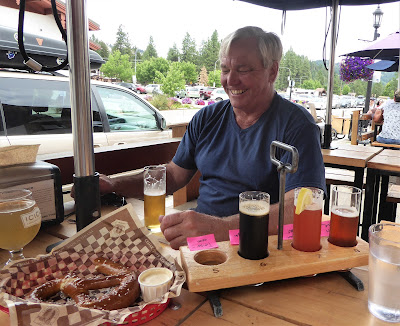 Behind the county park we are staying at is a migrant camp. I'm sure they need lots of labor when it comes time to harvesting all the fruit this area produces. I've never seen an organized camp like this. There are dozens of these white tents. 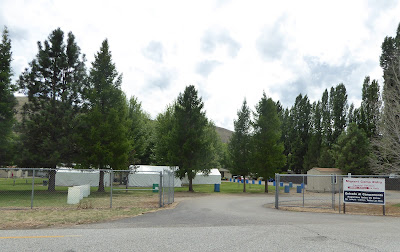 We really enjoyed our visit in this beautiful area of the state along the Columbia River. I'm amazed how mountainous Washington state is. The Cascade Range covers a huge area.