At the end of August Kevin and I had our annual checkups. Kevin also saw his urologist. All of his test results were great. Yahoo!!!

My most recent colonoscopy was in 2005, so for the last few years my doctor has been telling me it was time for another one. I was putting it off for a few reasons. I really didn't want to go through the prep and the procedure again. I had also heard from several people that even though the Affordable Care Act requires it to be a covered test, many insurance companies deny paying if anything is found during the procedure, including benign polyps.

The doctor told me about a test called Cologuard which is a kit sent to you at home. You provide a stool sample, which a lab tests. It is covered by insurance, but if they find a positive cancer result, then you have to pay for any further procedures. It sounded a lot better than the standard colonoscopy, so I agreed.

The kit came quickly, had easy to follow instructions, and was quite simple to do. I can't imagine being the person who works in the lab checking all those samples. I got the results back several days after sending off the package, all negative. So good for another ten years. This new way of screening for colon cancer seems like a win/win. Hopefully, more people will do the test as it is much less complicated.

On September 6th, I attended the Quilt Expo in Madison, Wisconsin. I had been to this a few times in the past. There is always much to see, but this year didn't seem to have anything very new and exciting. I spent under $20, just stocked up on a few supplies.

What I enjoy most is seeing the quilts people have submitted for judging. This year there were over 300 quilts on display. So many creative ideas and talented quilters. This won the best in show award. 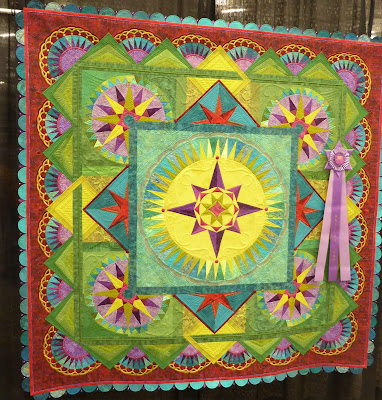 Here are a few more that I found particularly stunning. 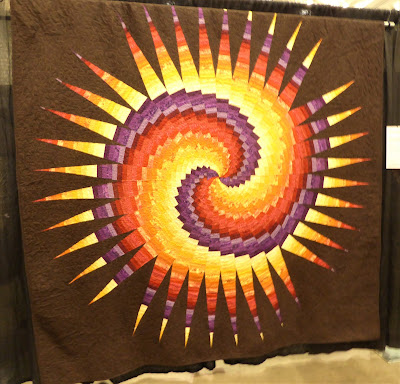 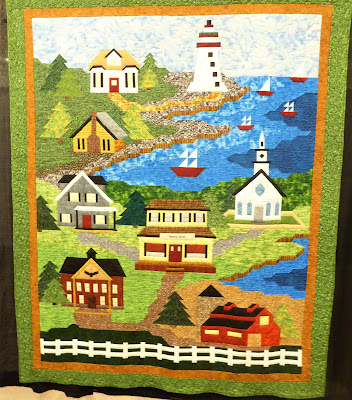 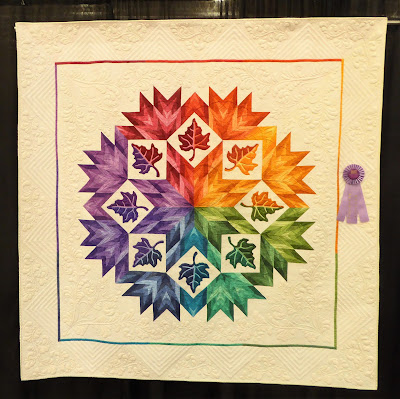 There was a special exhibit featuring landscape art quilts made by Nancy Zieman and her good friend Natalie Sewell. Both of these ladies died at relatively young ages in the past year. How sad. There were about 25 quilts they had made on display. Beautiful work. Nancy Zieman owned a business called Nancy's Notions, but she also had a sewing television show on PBS that I believe has been in production for over 30 years. She was very well known in the quilting and sewing world. 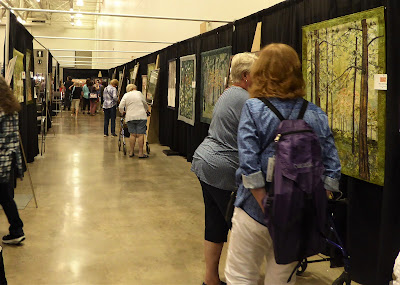 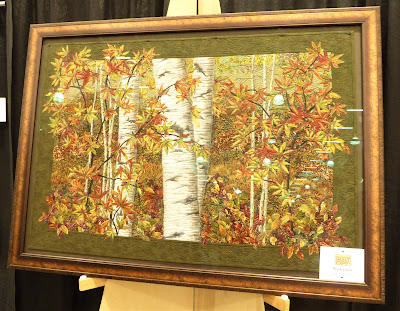 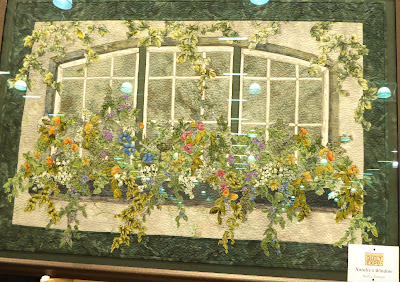 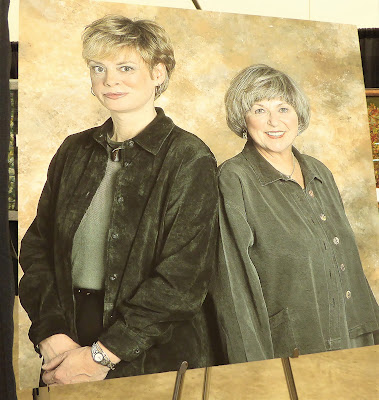 Last week we had some spectacular weather. Warm, but not humid. Beautiful sunny days, and cool nights for sleeping. Summer hasn't given up though. This weekend we've been back in the high 80s with dew points in the high 60s. And the mosquitoes are the worst we've ever experienced. This is just so unusual for September in Wisconsin. At least it hasn't rained for the last 9 days. More rain expected next week, but also cooler temperatures.

Three weeks from tomorrow we're out of here. Can't wait!!!!

Don’t wish upon a star – Reach for one!
Posted by RV Khronicles of Kevelyn at 9:25 AM 3 comments: Links to this post