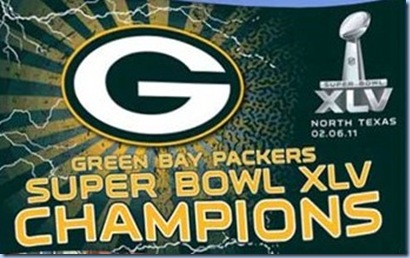 Joan and Al have a booklet describing several hikes in the Yuma area.  Yesterday we decided to try a hike at the Senator Wash Reservoir.  We followed the directions to the Squaw Lake BLM Campground where we paid the day use fee to park.

As we walked up the road to the start of the trail, we passed 3 people carrying the same booklet Joan has.  They told us it was a nice hike, but they knew they had taken a different route than the book indicated.

The first part of the trail was easy enough to follow.  It was a gravel road and earthen dam along the reservoir.  There were several fishing boats out on the water.  It’s always so amazing to find water and palm trees out in the middle of the desert. 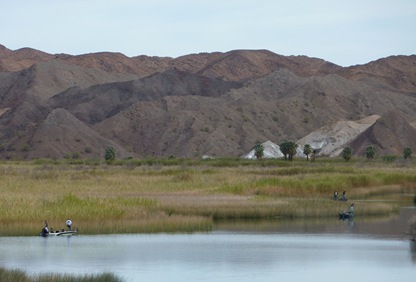 I caught this egret in flight.  Cool! 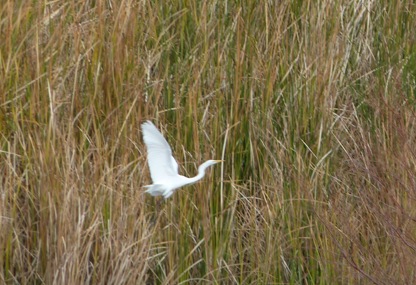 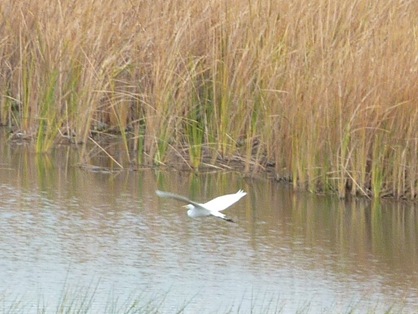 A sign stated there were wild burro in the area.  We didn’t see any, but we certainly saw plenty of evidence on the ground that they exist :)  We hiked along the reservoir and into the desert trying to follow the directions.

We didn’t have a compass with us, so we were guessing on which way to go based on the sun’s position.  There were no marked trails, just some ATV trails and washes.  The directions were supposed to take us to a lookout where we could see the Colorado River.  After about an hour, we gave up trying to find it and headed back.

So, we’re now 0 for 2 in following the hike directions in the booklet.  Next time we’re taking a compass.  We still had a great 2 hour hike, and saw some beautiful sites.  So, I’d say it was a great day! 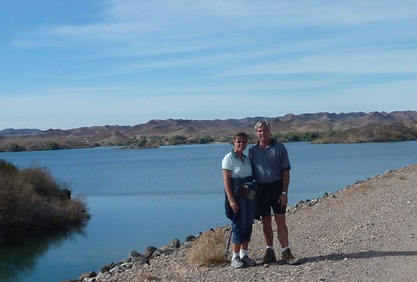 On the way home, we stopped at a roadside stand to try a date shake.  Kevin likes dates, but I’m not a fan.  I tasted it, and didn’t really care for it.  Kevin said it was good, but nothing special.  Behind the stand, is the “bridge to nowhere”. 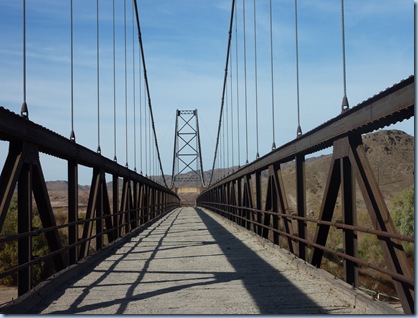 This suspension bridge was built in 1929 to cross over the Gila River on Route 95.  When the road was moved, the bridge was no longer needed.  The route of the Gila River has changed course, so now there isn’t even water under the bridge anymore.  It has sat unused for many years, but due to the desert climate, is still in very good condition.  Another strange site in the middle of the desert.

Today we prepare for the BIG GAME!  Joan and Al are coming over this afternoon to watch the game with us.