We left Wisconsin on October 9th, heading to Waterloo, Iowa for a few nights. We like staying at George Wyth State Park. Their fall rate of $11 per night for a 50 amp site can't be beat. No water or sewer at the site, but great for a few nights. We visited with Kevin's brother and his family, and really enjoyed seeing everyone and catching up on each other's lives.

While at the park, we had some visitors. There were probably about 20 turkeys wandering through the campground. They're lucky it wasn't too close to Thanksgiving time, or they might be in someone's cooking pot. 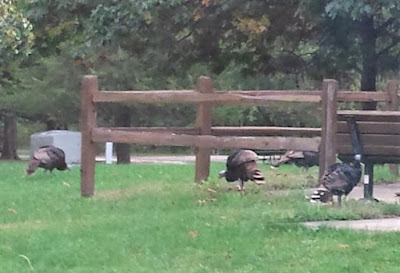 We spent one afternoon in Cedar Rapids catching up with our friends John and Janie. They started full time RVing the same year we did. We started reading each other's blogs, met up in person, and became friends, meeting up several times in different parts of the country. This past summer brought some changes for them. They have rented a really nice apartment near downtown Cedar Rapids to spend more time near their granddaughter. Life is always bringing changes for everyone. They showed us some of their favorite places, and some microbrews were enjoyed! It was another fun day.

Our next stop was in Lincoln, Nebraska for the weekend to spend time with our son and daughter-in-law, Korey and Cathryn. On Friday while they were at work, we went over to their house and painted the foyer ceiling for them. After they got home, we enjoyed endless shrimp at Red Lobster. We were stuffed.

Their counter top microwave died, and they wanted an over the stove replacement. We all decided it would be a great birthday present for the two of them, so we went shopping for the microwave on Saturday, and Korey and Kevin spent part of the afternoon installing it. Looks and works great.

Korey plays in the worship band at their church. On Sunday morning, we picked up Cathryn and headed to church to see Korey play and worship with them. 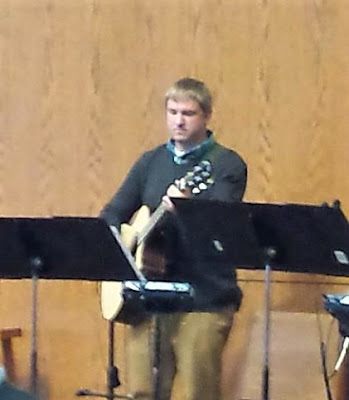 Then it was back home to watch the Green Bay Packers play the Minnesota Vikings. Cathryn is from Minnesota, so there was a bit of a friendly rivalry going on. The Packers quarterback was injured early in the game (he's out for the season), and the Vikings beat the Packers 23-10. Oh well. They made quesadillas for us for supper, and it was time to say goodbye. We'll be seeing them again next week in Mexico, along with our son Eric, for a family vacation.

I was having so much fun visiting with all of our family and friends at these stops, that I was very negligent in taking pictures. I'm sure they didn't mind.

The people parked next to us one night at the RV park near Lincoln had an interesting trailer on their 5th wheel. I've never seen a trailer that attaches to the trailer hitch and only has one wheel. They made good use of their hitch and ladder, storing lots of stuff. 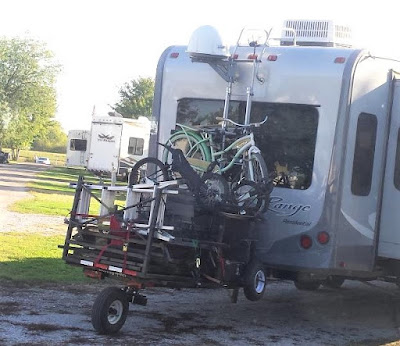 We left Lincoln on Monday morning, and are slowly making our way to Yuma. Today we drove past Denver. I love looking at the mountains in Colorado. This time of year is especially beautiful with some frosting on the mountains and trees in full color. We'll be making five stops between Lincoln and Yuma. We like to keep it to five hours or less of traveling each day. I'll be reviewing the places we stay at on the Campgrounds page, which has a link at the top of this page, in case anyone is interested. 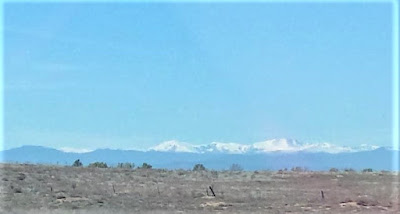 Posted by RV Khronicles of Kevelyn at 5:41 PM 4 comments: Links to this post