On Tuesday we went back to Ash Meadows to check out some more springs.  The first time we went it was quite hot out, and we didn’t feel like walking on all three of the boardwalks that lead to springs so we only did one.

This week the weather is cooler so we went back for another look.  The refuge is home to several endangered species of pupfish found only here.

We walked along a very nice boardwalk to King’s Pool to see the Ash Meadows Amargosa pupfish.  They are only about an inch long.  The males are bright blue, and the females are green. 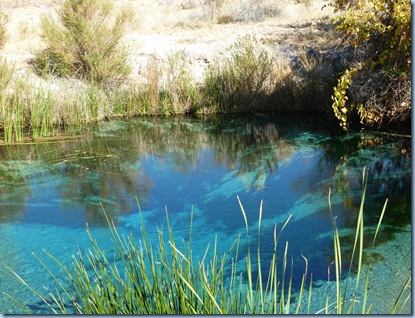 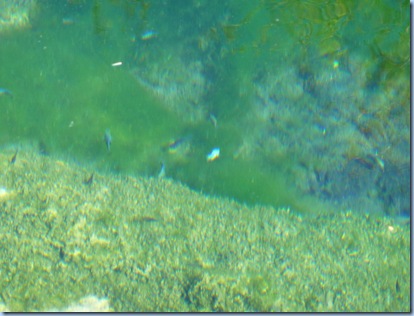 It’s just the strangest thing.  You’re driving through the desert, and suddenly there’s one of these springs.  Here’s what the landscape looks like. 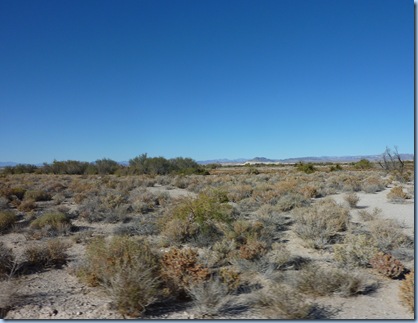 The refuge is called Ash Meadows because Leather Leaf Ash trees used to be prominent trees here along with Mesquite.  Most trees had been cut down for farming and ranching.  The refuge has been replanting them.  The ash trees are pretty in their fall color. 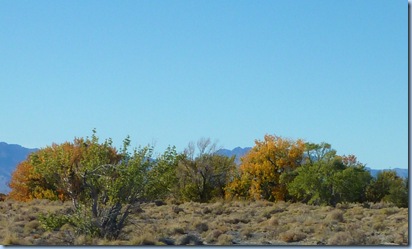 The refuge is about 20 miles from Death Valley National Park.  For some strange reason there is a small section of the refuge that’s actually part of Death Valley.  The area is called Devil’s Hole.  When we got to it, there was a gate across the road with a sign saying it could only be accessed on foot.  The path was short, and when we got up there we were quite surprised by what we found.  There’s a hole in the ground filled with water that looks like part of a cavern.  There is a fence around the entire area with razor wire on the other side of the fence.  They really don’t want anyone going down into that water. 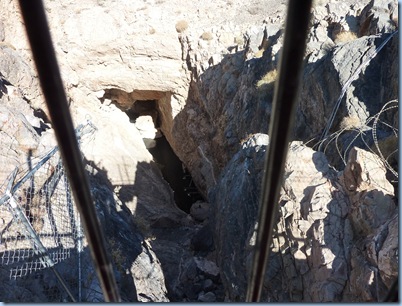 After reading through the information, I discovered that Devil’s Hole is home to the endangered Devil’s Hole Pupfish which are estimated to have been in existence for 10 to 20,000 years.  There are only a few hundred left, and they are only found here.  There is  a great deal of research being done at this site to try and save these fish.  It’s really quite interesting.

One of the boardwalks leads to the Longfellow Spring.  The spring is named after Jack Longfellow and his cabin has been reconstructed at its original location next to the spring. Jack came to the area in the late 1800s and became infamous as a prospector, gunman, gambler and horse breeder.  It sounds like he was quite a character.  The casino we are staying at is named Longstreet Casino. 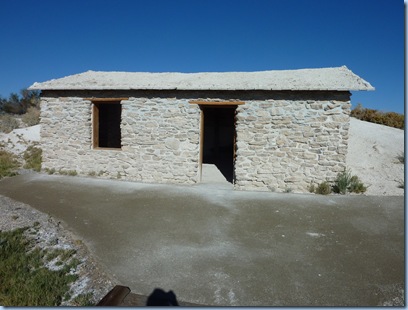 One of the things I really like about this lifestyle is the ability to discover places we would never have had time for in our old life.  The Ash Meadows Refuge is definitely one of those places.  We are truly out in the middle of nowhere, yet here’s this amazing place.