Yesterday we visited the village of Boys Town on the west side of Omaha. I’m sure most of you know of the 1938 movie starring Spencer Tracy and Mickey Rooney that brought the attention of the world to what Father Flanagan was doing for boys in a small farming village in Nebraska. The movie won an Oscar for best screen play and Spencer Tracy won the Oscar for best actor. He donated his award to Father Flanagan and the school. 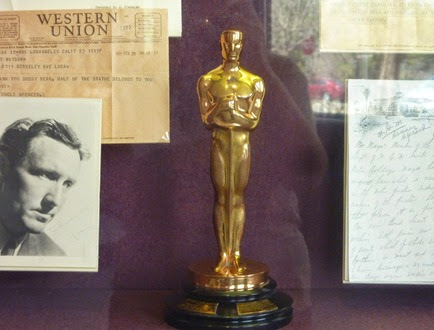 Although Father Flanagan died in 1948, his work lives on and continues to grow. Boys Town has 550 students, pretty equally divided between boys and girls. Yes, girls have been attending since 1979. 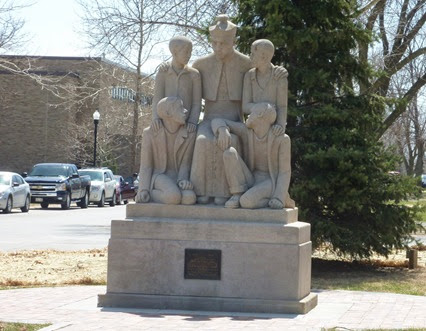 Father Flanagan believed there was no such thing as a bad boy, only bad environments, bad examples, bad training and bad thinking. His philosophy is still being practiced today. The youth currently attending are between the ages of 10 and 17 and spend an average of two years at the school. Most of them have been abused or neglected, have at least one parent still alive, and are two to three years behind in school. Some are reunited with their families, others stay until they graduate. There is also vocational training so they have a skill when they leave.

They live in a group home of eight students with a highly trained married couple as their leaders. They attend school, are required to do chores, have spiritual guidance in whatever religious belief they have, participate in fun activities, and are taught to love others and themselves.

In addition to the main facility in Omaha, they now have satellite centers in 17 states and a 24 hour national hotline. There is also a hospital on the grounds in Omaha which also serves the surrounding community.

Many of the buildings were built in the 1940s, but they are in excellent shape. The grounds are very clean and everything looks fantastic. We did a self-guided audio tour. For $5 you can rent a CD that tells you about Boys Town and guides you on a driving tour around the grounds.

We stopped at the History Museum and saw a short video and viewed the exhibits. Then we walked over to the Catholic church to see where Father Flanagan is buried. You can also tour his home, but it was closed yesterday. The tour was interesting and informative. I was quite impressed with the work they are doing and think it is a great model for helping our youth. I wish other communities would learn from the success at Boys Town.

At the visitor center you can see a ball made entirely out of stamps that is in the Guinness Book of World Records as the World’s largest ball of stamps. It is 32 inches in diameter, weighs 600 pounds and has over 4.6 million stamps on it. It was started by students in the stamp collecting club at Boys Town in 1950s with stamps from the postage on letters that came to the center from all around the world and just kept growing. The mural behind the wall is also made entirely of stamps. 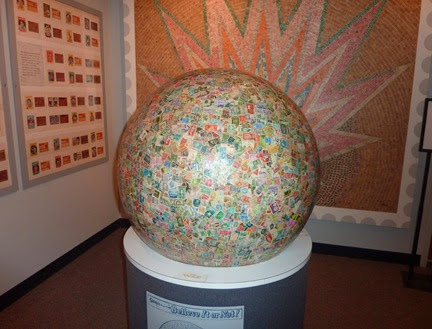 The reason for our trip to Omaha was to see our son and his wife, Korey and Cathryn. We’ve had some nice visits with them while we are here. On Wednesday we drove to Korey’s work. He works for Nebraska Outdoor Lutheran Ministries and was promoted in January to Associate Director of Summer Programming, so we stopped to see his new office. 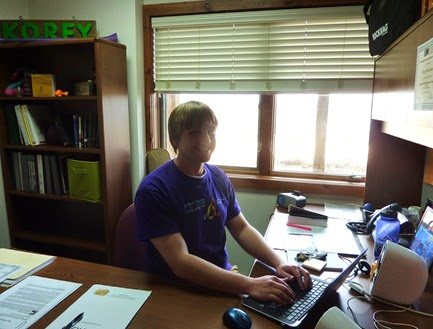 Korey and Cathryn are moving from Omaha to Lincoln in a few weeks, so he also took us to Lincoln to see where they will be living. Cathryn will be working at a rehabilitation hospital in Lincoln next fall for her final semester of clinical field work before graduating with her Doctorate of Occupational Therapy in December. She’s hoping to get a job in Lincoln so they don’t have to move again. She is an excellent student on the Dean’s List. She received a scholarship award while we were here, and we are very proud of her!

Tomorrow we leave for a one night stay in Iowa, and then we plan to be back at Derge Park in Wisconsin for our summer camp hosting gig. The weather here in Omaha has been wonderful this week with highs in the 70s and even a few 80s. Monday night in Wisconsin its back to reality with lows in the 20s. Brrrr!

Posted by RV Khronicles of Kevelyn at 10:17 AM No comments: