We enjoyed a fun round of golf last Monday in Lincoln with Korey. How wonderful to be able to golf in mid October in shorts and short sleeves. It got into the low 80s. All three of us had very good rounds, so what more could we ask for. 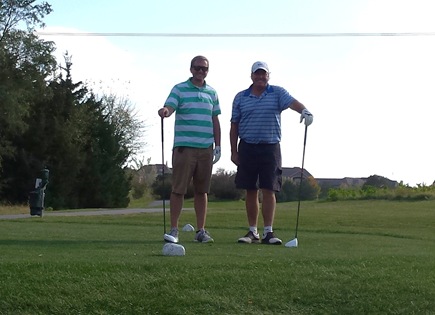 After golf we picked up Cathryn and had a delicious dinner at Granite City. Then we played a game of Harry Potter Clue and said our goodbyes. It was great to spend a few days with the kids.

On Tuesday we left Lincoln and drove to McGreer RV Park in Big Springs, Nebraska. We stayed here once before. It is a very basic Passport America park with full hook-up sites next to a farm. The cost was $15 plus tax, so its an okay place to spend a night.

On Wednesday we headed to the Denver area. Our original plan was to stay in Monument, south of Denver. But, I found out the place we had planned on staying had shut off the water for the season, so I started looking for another location.

Many of the RV parks around Denver didn’t have very good reviews online. I called a few placed and found they were booked for the weekend. I was amazed, as I thought this late in the season we’d have no problem finding a site.

I finally was able to make a reservation at Loveland RV Resort in Loveland, north of Denver. Another place where the word resort is loosely used. The sites are very tight. There is a pool which is closed. At $45 a night, they could certainly spend some of that money on improvements. They are also fully booked for the weekend. That’s us on the right. 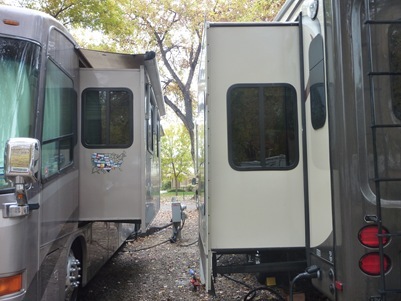 We’ve noticed that more and more sites in RV parks are being occupied by working people. We heard there are lots of oil workers in this area. Over 50% of the sites here are taken up by long term residents. Makes it harder for those of us just passing through to get a spot. I wonder if anyone else is noticing this trend.

It rained all day Wednesday and Thursday. We ran a few errands. On Thursday evening, we met up with one of Kevin’s former co-workers at Old Chicago for dinner. Eddie and his wife Gigi are enjoying retirement in Colorado. We enjoyed a few hours eating, drinking and chatting.

Friday morning the sun was out, so Kevin met Eddie for a round of golf at Mariana Butte Golf Course. Eddie said it was a very scenic course, so I sent my camera with Kevin. 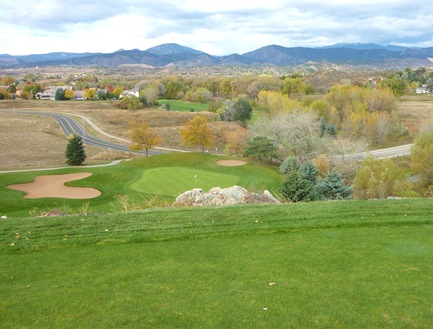 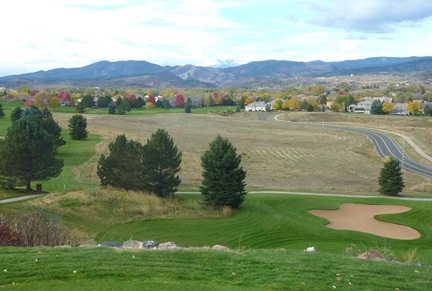 Kevin got home around noon. We spent the rest of the day exploring Loveland together. Trip Advisor’s number one place to visit is Benson Sculpture Park. It’s a large park with paved walking paths and 148 sculptures scattered throughout. The leaves are in full color all around Loveland, so that made the park even more beautiful. 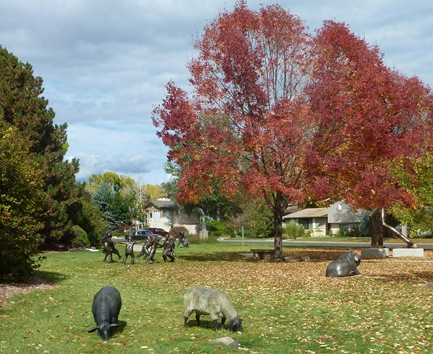 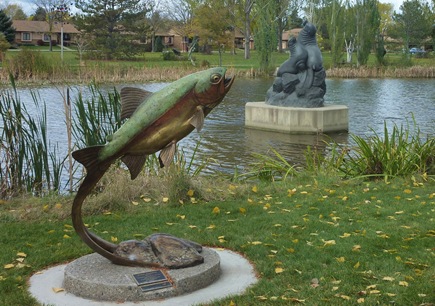 The number two top attraction Trip Advisor recommends is Devil’s Backbone Open Space. This area has about a five mile ridge of rocks that were pushed up through the earth many, many years ago creating the Devil’s Backbone. 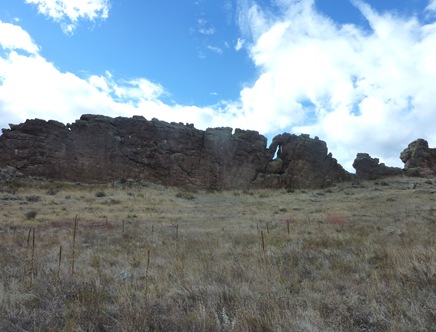 The area has over 15 miles of trails for hiking, mountain biking and horseback riding. We chose to hike the Wild Loop trail which is just under 3 miles and takes you to an overlook and The Keyhole formation.

At the overlook, we were able to see some of the famous peaks of the Rocky Mountains. The snow covered peak in the back is Long’s Peak at 14,251 feet. It was still a bit cloudy, so we couldn’t see all the mountains. The rain we had the last two days equaled about a foot of snow up in the mountains. 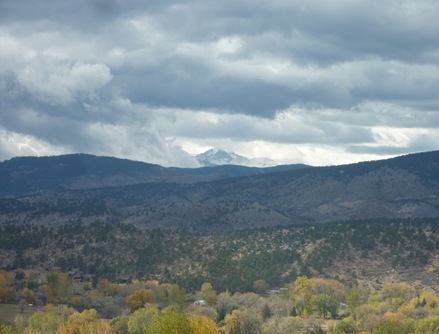 The Keyhole is a large hole in the wall of rocks formed by erosion over time. The views through the opening were amazing. 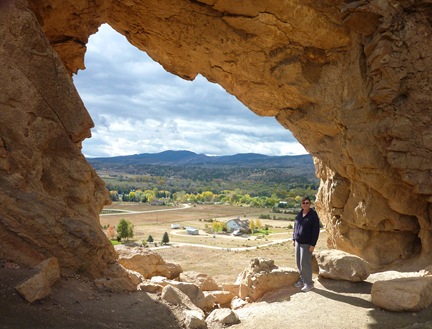 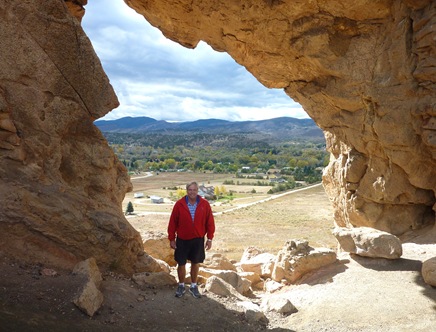 There were some beautiful homes in the valley below. They sure have some nice views.

After this most enjoyable hike, our next stop was the historic downtown area of Loveland. Eddie and Gigi  had told us the city is trying to rejuvenate the area. We walked around a bit, but didn’t see anything that interested us. There are some bars, restaurants and shops, but they have a ways to go to make the downtown area a hot spot.

These two sculptures were downtown. What a contrast, a very modern octopus and a traditional bronze bear. We saw many sculptures all around Loveland. 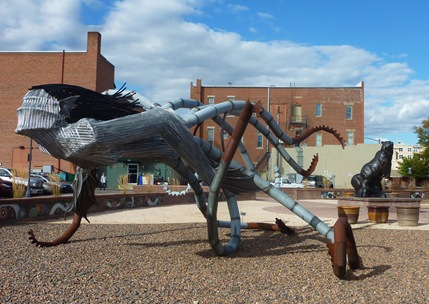 Our final stop of the day was at Big Beaver Brewing Co. and Climb Hard Cider Co. Both of these businesses are located in the same building. I had a sweet apple hard cider which was very good. You can’t bring the cider into the brewery because of liquor licensing laws, so I drank my cider and Kevin walked into the next room to try some beer.

After I finished my cider, I found Kevin enjoying a sampler. He liked a couple of the beers, but they only sell it in growlers, so he didn’t buy any. 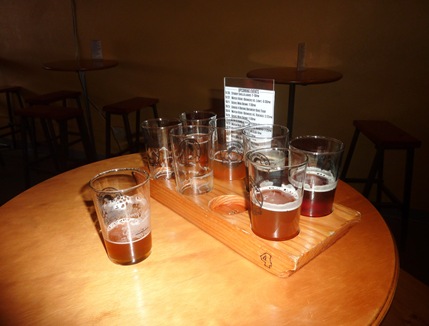 Today we’re driving to the Boulder area to meet up with Kevin’s cousin Mark and his wife Dolly. We’re looking forward to spending the day with them.