Yesterday we went back to Enchanted Rock. You may recall we tried to go there last week, but forgot it was spring break and couldn’t get in.

This week was much better. There were still some people around, but it wasn’t overcrowded. We stopped at the visitor center to get a map. The lady there recommended the hike to the summit of Enchanted Rock and the loop trail hike as well.

The summit trail is only .6 miles each way, but the elevation change in that short trip is 425 feet. Most of the way up is just walking on rock. Kevin suggested doing the summit trail first. Good thing, because after the 4.2 mile loop trail I don’t think I would have wanted to do it. 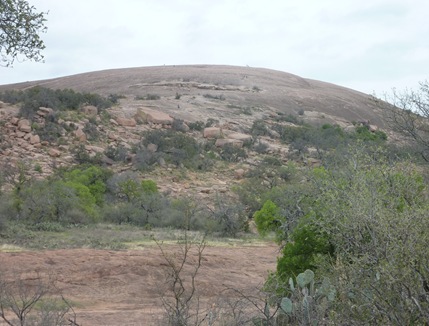 The higher we went, the windier it got. Amazingly, there were several depressions at the top of the rock where plants were growing. 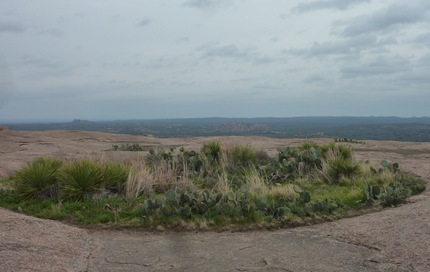 The views from on top were amazing. You can really see all the hills. No wonder this area is called Hill Country. I was also surprised at how green it looked from the top. 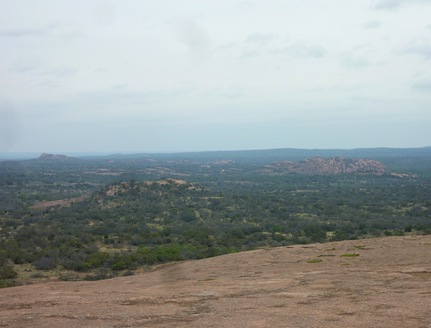 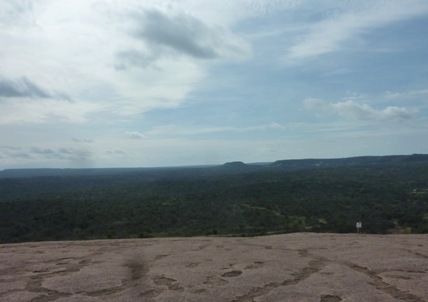 Here we are about half way down. Can you tell how windy it was! 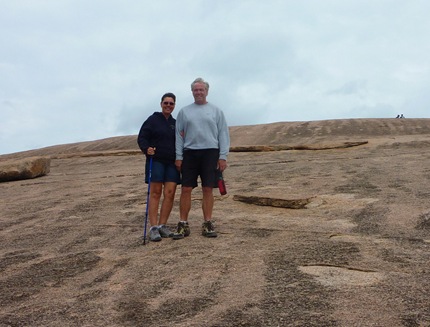 The 4.2 mile loop trail went around the base of Enchanted Rock. We saw a few patches of bluebonnets and some blooming cactus. 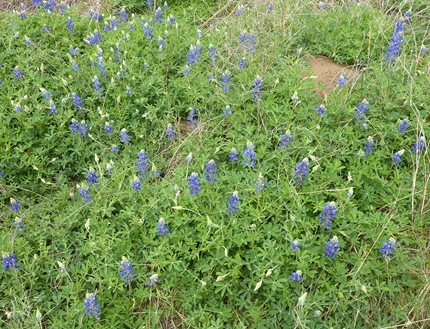 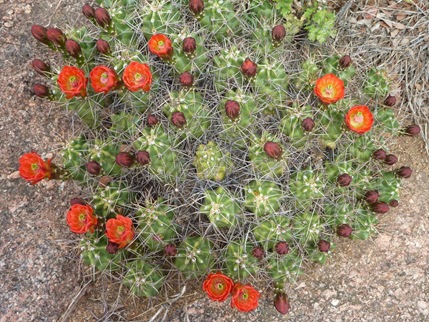 Around the backside of Enchanted Rock it looked like sheets of rock were falling off. A sign explained that these are called exfoliation sheets. I guess nature is shedding the dead cells on the rock’s face :) 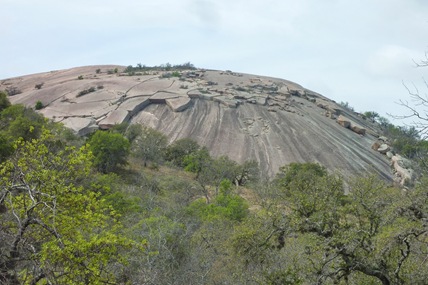 It was 2:00 pm when we finished our hikes so we decided to check out Pedernales Falls State Park on our way home. We drove to the falls parking lot and walked the 1/4 mile trail to see the falls. I’m thinking the drought has caused the river to be low. This really wasn’t anything to get excited about. The trail was through a juniper forest, and it sure did smell good in there. 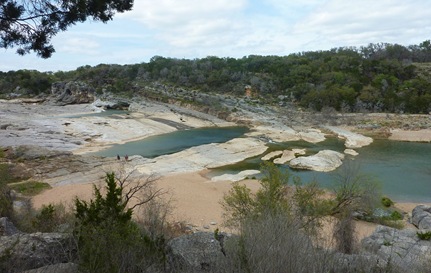 There were warning signs explaining how quickly flash floods could develop. I can’t believe this picture is of the same place. 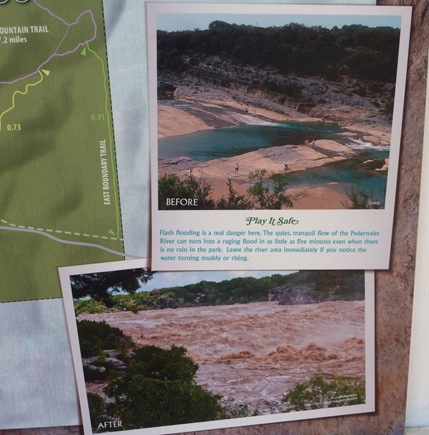 Next we stopped at the bird blind in the park. I’ve been searching for a Painted Bunting, but no such luck today.

We did see a Ladder-backed Woodpecker. 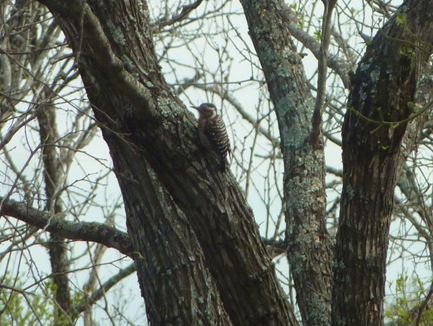 And a Black-chinned Hummingbird. That’s a new one for me. The only hummingbirds we see in Wisconsin are the Ruby-throated. Cool. The picture was taken through a dirty window, so its not that sharp. 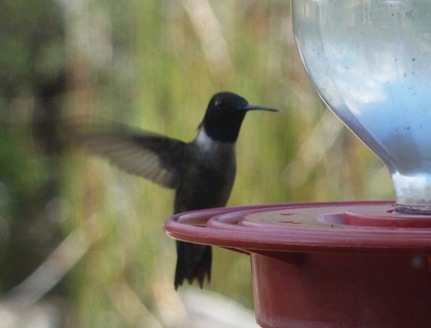 Our final stop was the swimming area. The map said there was a beach along this part of the river. There were about 100 stone steps leading down to the swim area. I guess you could call it a beach as there was sand. The water was very shallow. It would be pretty hard to swim in there. By the time we climbed back up the steps, we could have used a swim! 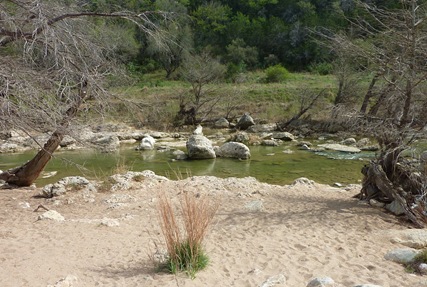 We drove through the campground. There are electric and water sites at this park, however most of them were pretty tight. We probably wouldn’t attempt to stay here.

Today we left Blanco State Park and headed south about 30 miles. The state park was booked for the weekend so we are at Rio Raft and Resort near New Braunfels. It’s a Passport America park with FHU pull-through sites. At $16.50 per night, it’s a good deal. The park is on the Guadalupe River and has RV sites and cabins for rent. They also rent rafts and kayaks. It looks like it’s a pretty popular place in the summer. The wi-fi at our site does not work well at all.

We’re here so we can go to Camping World tomorrow to buy some Eternabond to patch our roof damage. The owner of Hill Country RV Park has filed a claim with his insurance company regarding the damage his tree did to our roof. I’ll give them a call next week and see what they’re going to do for us.

Posted by RV Khronicles of Kevelyn at 9:17 PM 3 comments: Links to this post