Our first view of Alaska mountains from the plane was breathtaking. 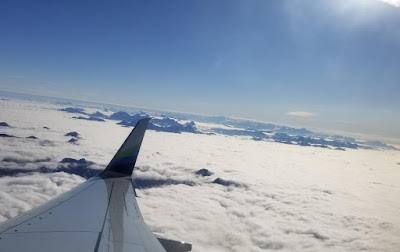 Our friends Myra and Richard picked us up at the airport. We met them in Yuma a few years ago, but they have both lived in Alaska all their lives. When we told them we were coming to Fairbanks, they invited us to come a day early and stay with them at their beautiful home.

After dinner, they took us out on their boat on the Chena River which runs right past their home. We saw two eagles and a beaver home. 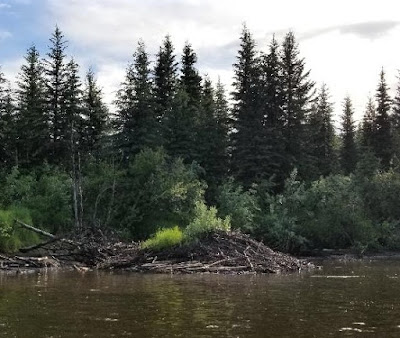 We stopped at a local establishment for a drink. 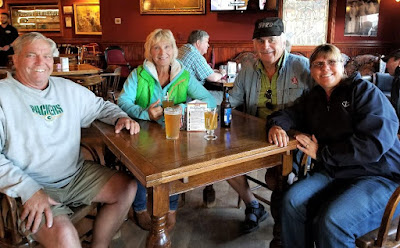 Myra let us try on some fur coats they own. Kevin is wearing wolf, and I am wearing a seal coat. 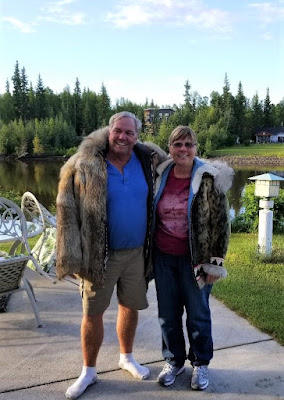 The next day we went golfing at Chena Bend Golf Course on Fort Wainwright. The weather in Fairbanks was in the 70s and sunny. Even though we were much further north than the rest of the trip, the weather was the nicest in Fairbanks. They have been as hot as 99 degrees in the summer, and minus 66 in the winter. That's quite a swing. 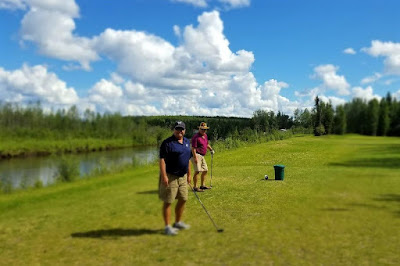 Myra and Richard treated us like royalty. We so appreciated their hospitality. Myra dropped us off at the hotel, and we began our official tour with Fox World Travel. The next day we began with a tour of the Historic Gold Dredge #8. Gold mining put Fairbanks on the map in the early 1900s. This massive dredge was used to mine gold. 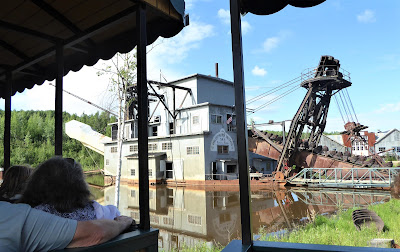 Part of the tour was panning for gold. We ended up with $15 worth between the two of us. Not going to get rich that way! 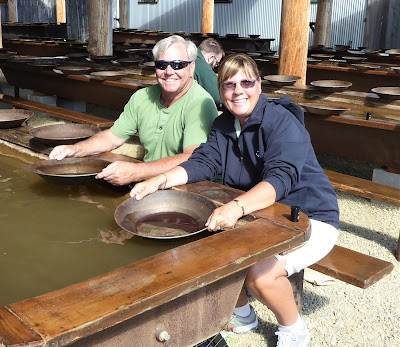 We also saw some of the Alaskan pipeline which runs 800 miles through Alaska, and was completed in 1977 at a cost of $8 billion. 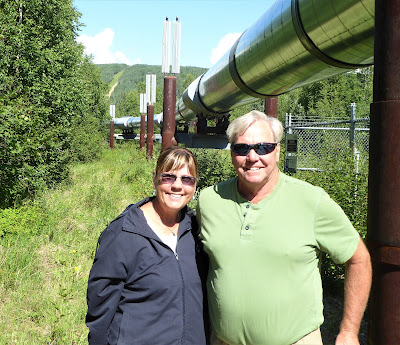 In the afternoon, we took a three hour ride on the Discovery Riverboat tour. 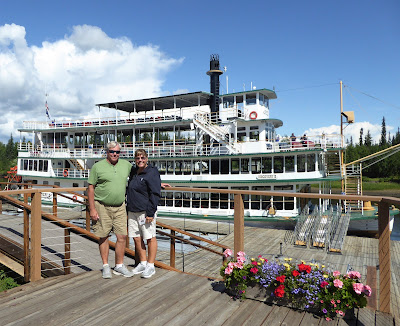 The boat docks right next door to Richard and Myra's house. They were out waving to us with their grandsons as we went by. As you can see, the river is really low right now. 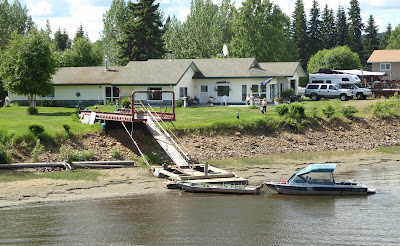 While on the boat, we had a float plane demonstration. 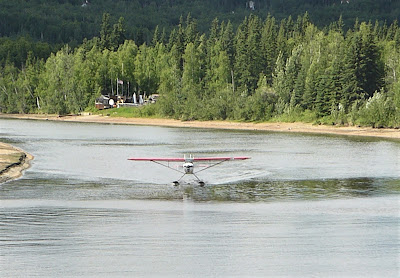 We stopped to meet the dogsled teams of Susan Butcher. She won the Iditarod race four times before dying of cancer. Her husband and daughter continue her legacy. 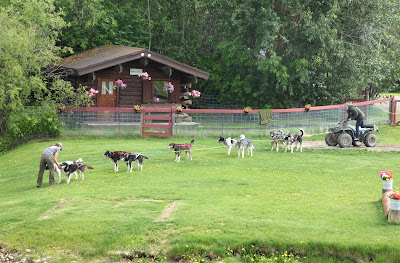 We got off the boat at a reproduction of a Native Chena Village. We learned about how the native people survived and lived many years ago. This ceremonial robe was gorgeous. 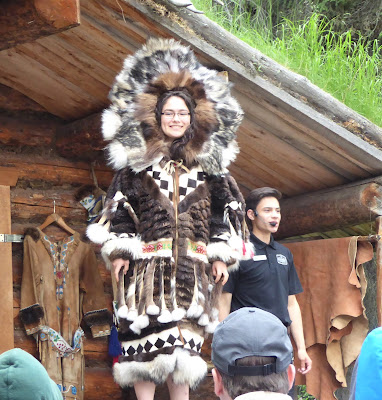 Our first three days in Fairbanks were amazing. Our next stop will be Denali National Park for two nights. More Alaska adventures in the next post.

Don’t wish upon a star – Reach for one!
Posted by RV Khronicles of Kevelyn at 11:13 AM 1 comment: Links to this post