Yesterday was a very good day!!

The day started out with good news from our son Korey. Since getting engaged he decided to move to Omaha to be in the same city as Cathryn. In the four years they’ve been together, they haven’t lived in the same city expect for the summers they worked at camp together. They are tired of a long distance relationship.

The good news is that Korey got a job near Omaha working at another Lutheran camp. His job will be similar to the job in Minnesota, but this is a larger organization so his hours will be more regular. And, no more overnights at camp. He seems very happy with the new job. Now he just needs to move his belongings next week and his life will be a little more normal again.

Kevin has been working with some mobile RV repair guys trying to figure out why our landing gear wasn’t working. One guy thought it was the motor, but they weren’t able to find a replacement motor. That turned out to be a very good thing since we later discovered we didn’t need a motor. A second guy came over and checked it out. He attached a battery to the motor, and the motor worked. So, something must be wrong in the wiring. He didn’t think he was qualified to fix it, so he gave us the name of a different guy. Neither of these guys charged us anything because they weren’t able to fix it.

This set Kevin’s mind to working. He started doing some further investigating and finally found the fuse for the motor. It was by the batteries, not near the motor itself, go figure. He replaced the fuse and tried it out. Everything seems to be working fine. We can’t quite figure out why it was working intermittently for a while. You’d think a blown fuse would cause it not to work at all. But, whatever happened, the new fuse seems to have solved the problem. So, no pricey motor to replace. Yippee!!

Another great thing was that the sun was finally out yesterday. Our friends Kim and Harland from Nova Scotia stopped at the park for a two night visit in their beautiful new motorhome. It was great to see them again, and we had a great time visiting. We took them to Bentsen-Rio Grande Valley State Park for a hike and some bird watching. 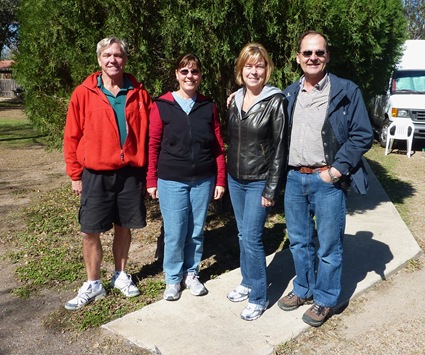 I had mentioned that the first time we went to the state park on our bikes, we didn’t want to pay the entry fee. After more research, I discovered there are a lot of state parks in Texas, and you can buy an annual pass for $70 which allows you to bring up to 6 people each visit. We plan to visit several of the parks during our time in Texas so we bought the pass. Now we can ride our bikes on the trails in Bentsen-Rio Grande Valley as much as we want.

I’ve been on the hunt to see Green Jays since we’ve been here. The Rio Grande Valley is the only place in the US that you can see them as they don’t travel any further north. Everyone kept telling me they are at the birdfeeders in the campground, but I could never find one. 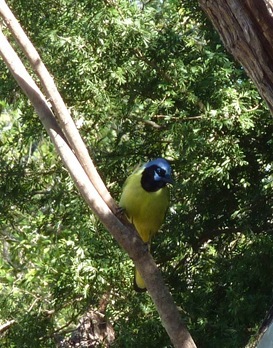 Yesterday we hit pay dirt at the state park. Here are several pictures of them. Aren’t they just beautiful birds!! As always, you can click on any of the pictures for a bigger view. 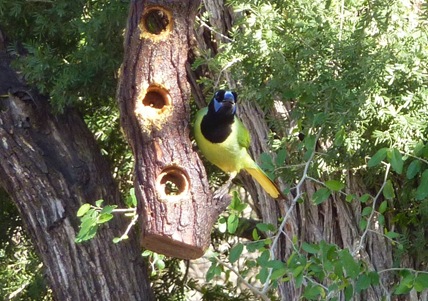 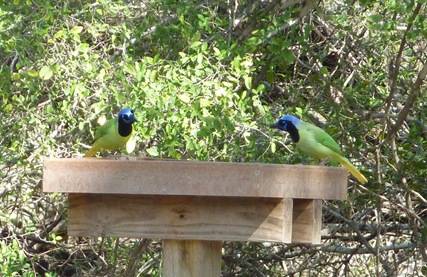 We also saw another Chachalaca. 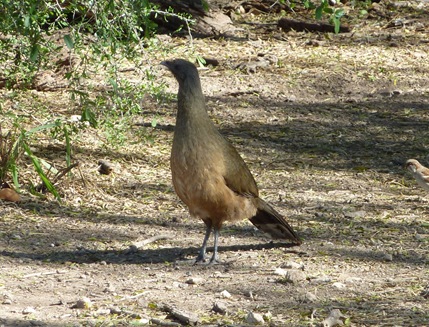 And another Altamira Oriole. 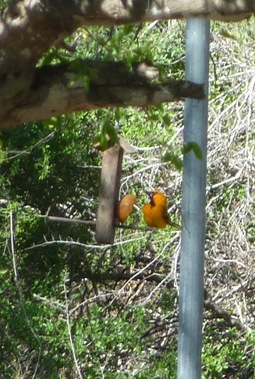 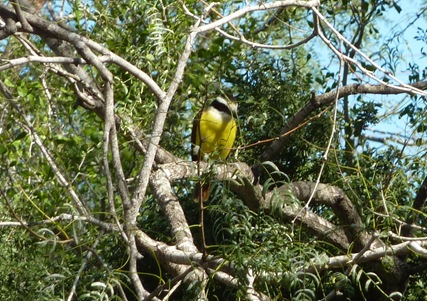 And the Clay-Colored Thrush. 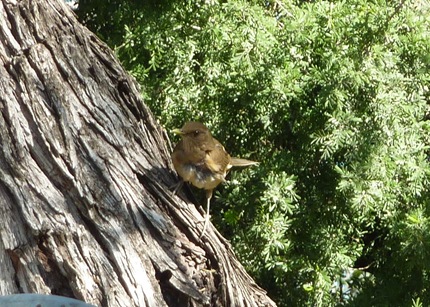 In case you think I’ve become bird obsessed, I’ll show you that we did do something other than bird searching. 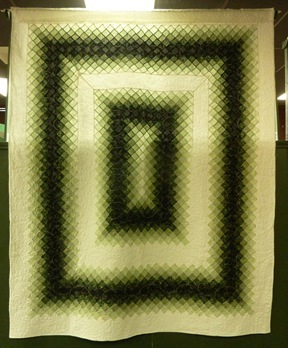 On Monday we went to a quilt show at the Mission Historical Center. Kevin was beside himself with joy, but was a good sport and came with me. This was not a judged show, just people in the area displaying their work. I loved the colors on this one. 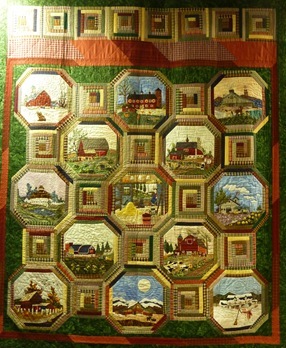 And this one really appealed to my Midwestern roots with all the styles of barns. 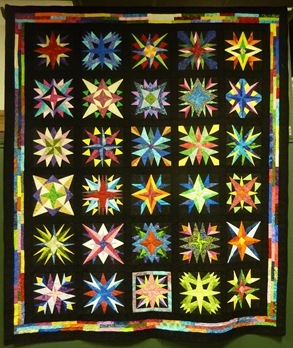 I think black backgrounds are always so striking, especially with bright colored fabrics. I’m inspired to get my sewing machine out and start another project. If only those birds would stop calling me :)