We spent the last few days in Butte, Montana. What an interesting place! All the welcome signs refer to it as "The Richest Hill on Earth". Here's the reason why.

We took a two hour trolley tour sponsored by the Chamber of Commerce. Our driver was super knowledgeable, having grown up in this area. Butte came into existence due to the discovery of gold, silver and copper. Mining has been the main industry here since the mid 1800s. By 1887 Butte became the world's leading producer of copper, and for the next 30 years produced 50 percent of all copper in the United States.

There are 10,000 miles of mine tunnels under the city. Eventually, they switched to open pit mining. There is still mining happening here, but not at the levels of the past. At one point there were 100,000 people in Butte. Today's population is about 35,000. Here is one of the open pit mines. 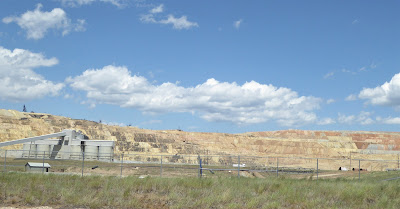 Our tour took us the the Berkeley Pit overlook. This pit was closed in 1982 and measures 1.25 miles wide and 1 mile across. The depth of the water is nearly 1,800 feet (that's equal to an 180 story building). When this mine was closed, pumps were turned off and water was allowed to fill it in. That water also flooded the underground tunnels. The water is extremely toxic. So much so, that noise cannons and drones are used to scare off birds. If they drink the water, they die.

In fact, the mining here caused a great deal of pollution. A super fund was created to clean up all the toxic chemicals in the streams and waste dumps. They are nearing the end of a major clean up operation. 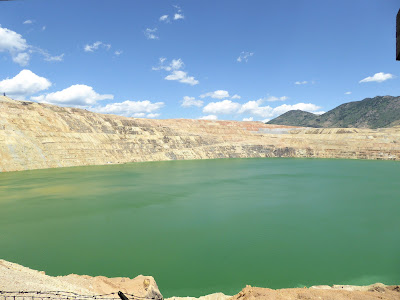 We learned so much about mining on the tour. We also learned about the history of Butte. The Dumas brothel was opened in 1890 and closed in 1982. It was the longest running brothel in American history. I guess those miners needed entertainment. 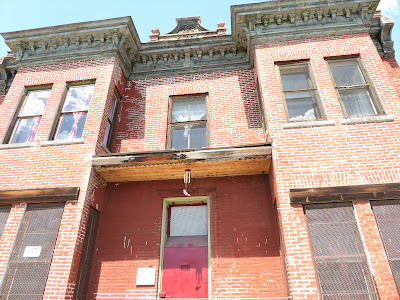 One of the copper king families were the Clarks. When their son got married, he honeymooned in Europe. Upon their return, his dad built him this French Chateau style home. Nice dad! 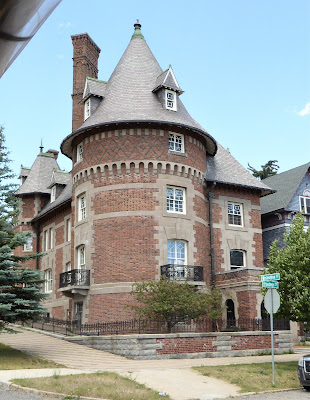 Upon entering town you can see a white statue at the top of a mountain. She is Our Lady of the Rockies. She was completed in 1985 by countless volunteers, and sits 3,500 feet above the city. She is 90 feet tall and weights 51 tons. A sky crane helicopter from the Air National Guard lifted the statue in five pieces. She is built in the likeness of Mary, mother Jesus, and is dedicated to women everywhere, especially mothers. Tours are available, but we didn't feel the need to see it up close. It is beautiful from a distance, especially at night when it is lit up. 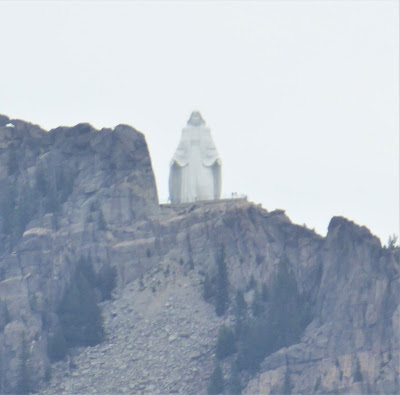 Several miles west of town in the town of Anaconda is this huge smokestack. You can see it from miles away. It was completed in 1919 as part of a smelting company for copper. It measures 585 feet tall and is tallest surviving masonry structure in the world. Smelting is no longer allowed in the US due to the pollution created. Copper is now shipped to China for smelting. 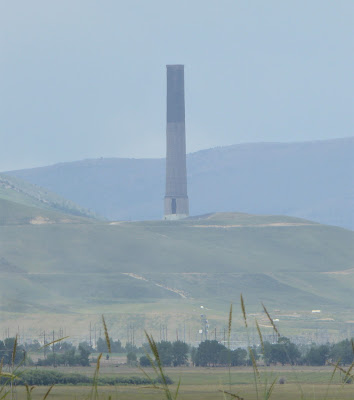 We drove about 30 miles to Deer Lodge to visit the Grant-Kohrs Ranch National Historic Site. It is the only site in the National Park System dedicated to cattle ranching and cowboys. We took a tour of the main house led by a very knowledgeable park ranger.

The original owner was Johnny Grant who drove 400 cattle to market in 1859. He sold the ranch to Conrad Kohrs, a German immigrant. By the 1880s Kohrs was shipping 10,000 cattle to the stockyards in Chicago. The house has been added onto several times. Kohrs was a millionaire in his time, and the inside of the house reflects that. Unfortunately, no pictures were allowed inside.

From 1860 to 1890 the cattle roamed over 10 million acres in free range ranching. Once farmers came west and started putting up fences, Kohrs purchased 25,000 acres surrounding his ranch and began growing hay. He also owned ranches in other parts of the country. 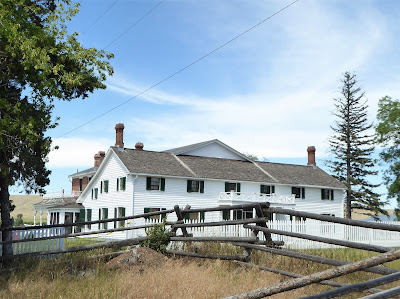 There are horses and cattle still being kept at the ranch. We also got to see a chuck wagon with "Cookie" telling us about how the cowboys survived on the trail driving the cattle to market. There was also a blacksmith on site sharing information. Another great place to visit and learn about history. 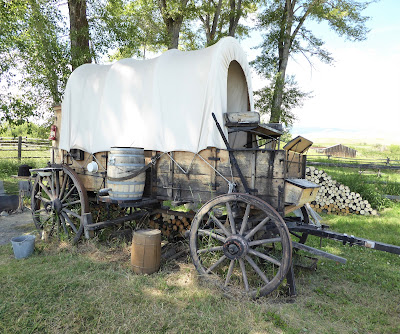 Don’t wish upon a star – Reach for one!
Posted by RV Khronicles of Kevelyn at 10:43 AM 2 comments: Links to this post