Another day enjoying nature’s beauty.  Today we ventured to Natural Bridges National Monument.  It’s in a remote location, but it was worth the drive.

On the way we stopped at Hole N” The Rock, an attraction listed in Roadside America.  It’s a 5,000 square foot home carved out of this huge rock, and was really an interesting place.  It was the home of Albert and Gladys Christensen.  It took Albert 20 years to carve out the home using dynamite and hand tools.  They did not allow pictures inside, but you can see some on the website.  The outside is almost as interesting as the inside.  The grounds have a very eclectic array of sculptures and antique items.  Here are just two of the sculptures.  The golfer is made entirely out of golf irons.  The bull is made out of metal tools. 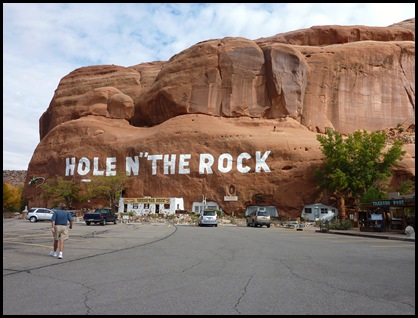 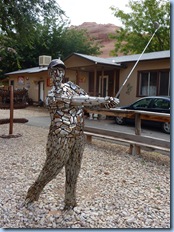 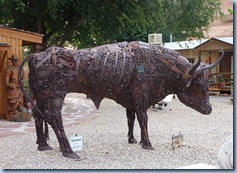 Each bridge had a trail leading down into the canyon for close-up viewing.  We hiked down to each one for a total of about 3 miles.  It sure seemed like much more as the elevation change was between 200 and 600 feet per hike.

The Sipapu Bridge is the highest (220 feet) and has the greatest span (268 feet).  Water still flows below it, but there is not much erosion happening because its abutments stand far from the stream.  Here are pictures from the top and the nearly bottom. 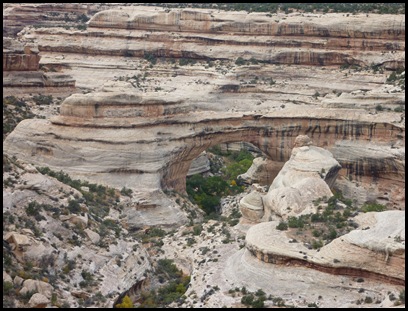 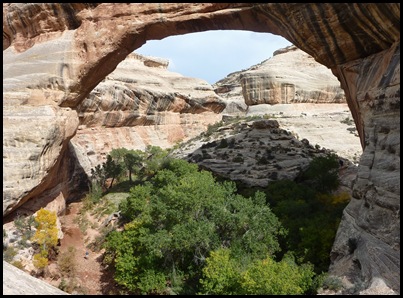 Can you see Kevin on the bottom left in the green shirt.  I quit about three-quarters of the way down.  I was not going to climb down the wooden ladders.

The second bridge is Kachina Bridge.  It is the youngest of the bridges and flood waters are still enlarging its span.  There was a little water at the bottom, but there was plenty of evidence of flood waters washing away trees and sandstone.  Here are top and bottom views. 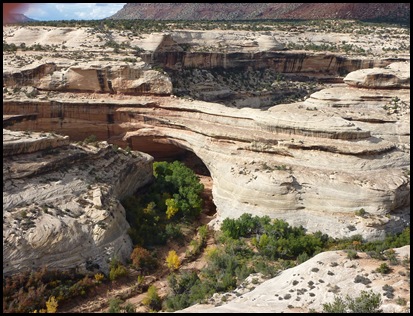 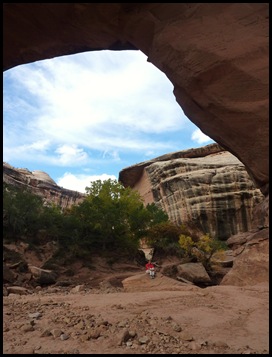 That’s me sitting on the rock. 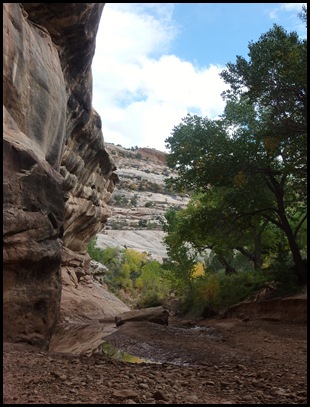 Here’s the view from the bottom looking up.  The trailhead is at the top.  It’s a 1.5 mile roundtrip hike.

The third bridge is called Owachomo Bridge.  It is the oldest and does not have any water flowing beneath it anymore.  The width at the top is only 9 feet.  Frost and seeping water may bring this bridge down sometime soon.  Here are views from the top and bottom. 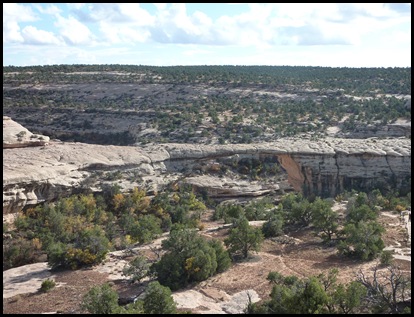 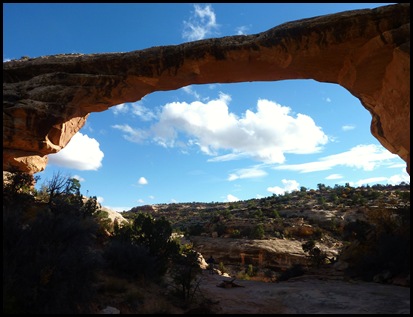 We met these guys on the drive back.  We let them have the right of way :) 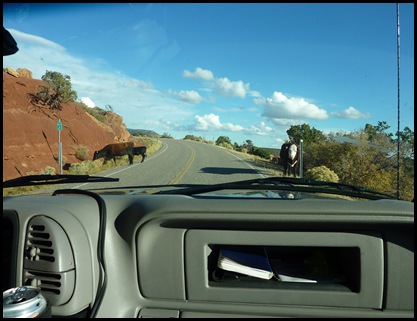