We want to wish everyone a very 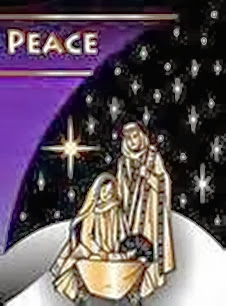 Kevin and I wish you all a very Merry Christmas and a new year filled with peace and joy!

This will be the first Christmas we will be away from all of our family members. I certainly miss everyone like crazy, but I’m handling it better than I thought I would. Most of that is due to the fact that I know our kids will be joining us in New Orleans in a month for a cruise. Also, we are planning to Skype with the kids tomorrow. That also helps a lot.

We made it out of Kansas yesterday morning around 10 am. It took some doing on Kevin’s part to get all of the ice off of the slides so they could be retracted properly, but he managed to get everything working without any casualties.

I was surprised how far we traveled before the icy landscape disappeared. We were almost to the Texas border before the ice was gone. Every once in a while the sun would peak out, and the scenery just sparkled. 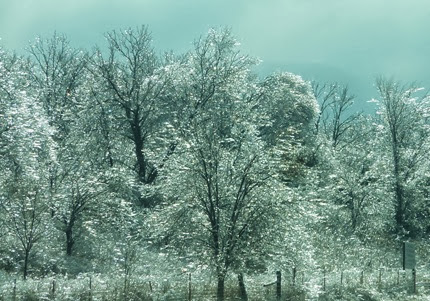 As it got warmer, pieces of ice started falling off of the truck. There were quite a few semis on the road that were also losing sheets of ice. Hopefully, no one behind us got hit by any flying ice! It was a long (for us) 6-1/2 hour drive to Grand Prairie, Texas, just south of Dallas, but we arrived without incident. Always a good thing! We’re staying at Trader’s Village RV Park. It’s a pretty nice place. They have some cute Christmas decorations in front of the office.

There is a very unusual fifth wheel parked behind us. It has decals on it from Travel Units, Inc. and says Custom Designed. It looks to be well over 40 feet long with 3 axles, 8 slides and 3 air conditioners. It must weigh a ton. We’ve seen a few of these custom built units in our travels, but never one this big. What amazes me is how most of them don’t have many windows in them. 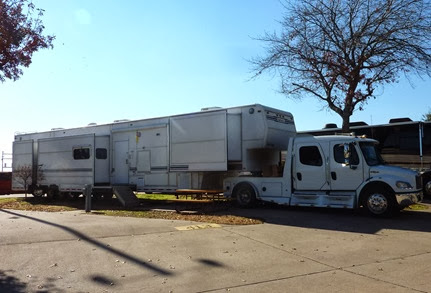 Today we drove into Dallas to check out Dealey Plaza where President Kennedy was shot. As a first grader, I clearly remember the principal coming on the announcements that day and letting us know the sad news. My teacher cried, and we were sent home early. I also remember watching the funeral coverage on our black and white TV with my parents. That event left a very lasting memory on an impressionable six year old.

The former book depository where Oswald fired the fatal shots from has been turned into a private museum. I didn’t feel it was worth $16 each to go inside. I really just wanted to see the area. It looks just like the pictures we’ve all seen hundreds of times.

Here’s the view from down the hill looking up at the book depository (building on the far left). The window Oswald fired from is the second from the top on the right side of the building. There are two x’s in the road where the bullets hit Kennedy. The lady in the pink (in the middle of the road) is standing on the second x. I was amazed how many people ran out into the road with lots of traffic to take a picture. 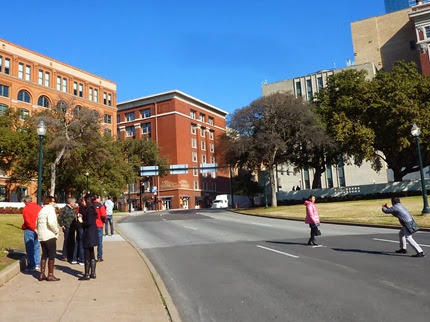 There are a number of plaques around the entire area describing the events of that horrible day. A very sad experience. This site was designated as a National Historic Landmark in 1993. I’m really surprised it took so long to get that done. Fifty years later there are still people leaving flowers at the site. 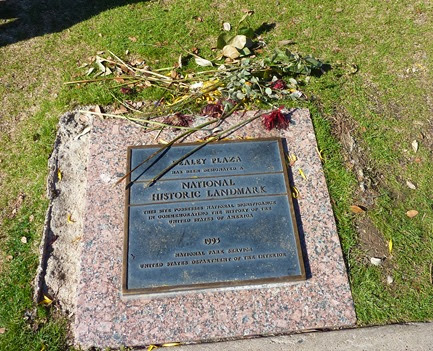 Dealey Plaza is named after a prominent businessman in Dallas history. There is a large statue of him in the plaza. The plaza is built on the site of the first home, post office and store in Dallas, and is considered the birthplace of Dallas. 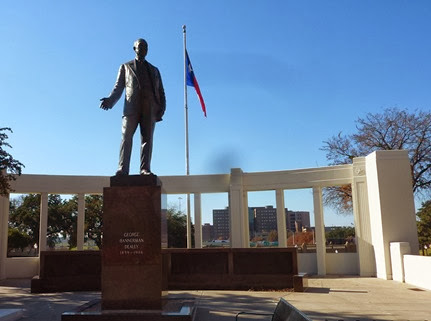 Across the street from the plaza is a beautiful old building called The Old Red Museum. It was completed in 1892 as the Dallas courthouse. It now houses a Dallas history museum. 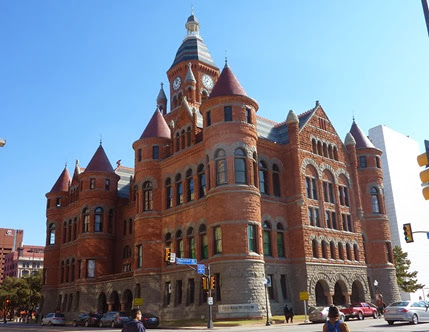 A couple of blocks from the actual location of the shooting is a John F. Kennedy memorial. It was dedicated in 1970 and represents an open tomb. It measures 30 feet high and 50 x 50 feet wide. Kevin is standing in front for some perspective on the enormous size of it. In the center is a granite stone with Kennedy’s name engraved on it. 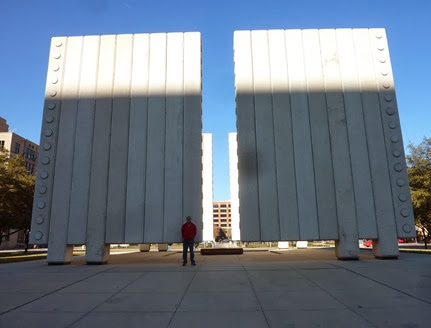 Dallas has an electric trolley car system that serves a large part of the metropolitan area. They trolleys were super long, kind of like three buses connected to each other. 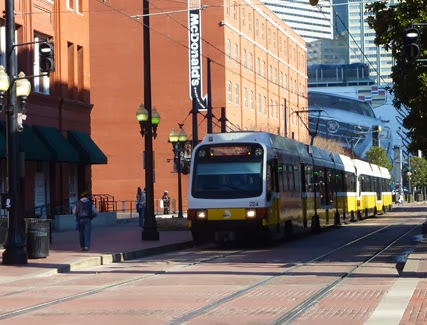 This was our first visit to Dallas. The downtown area was clean, and the buildings looked to be in good repair. Unfortunately, there were quite a few panhandlers around which made me feel somewhat unsafe. Also, we stopped in a McDonald’s a few blocks away to use the restroom. They had their own security guard next to the counter. That doesn’t make me feel very good about the area. Maybe I’m just not used to being in a large city, and that’s how I like it  :)

Posted by RV Khronicles of Kevelyn at 4:54 PM 6 comments: Links to this post