We returned to Arches today for two hikes.  The first was a three mile roundtrip hike to Delicate Arch which is the arch depicted on Utah license plates.  The trail is mostly over rock and along cliffs.  You don’t see the arch until you come around the last corner.  What an awesome site.  Last Saturday we saw it from the other side at a viewpoint across the canyon.  Here’s the picture from that day.  The arch is just to the left of the middle. 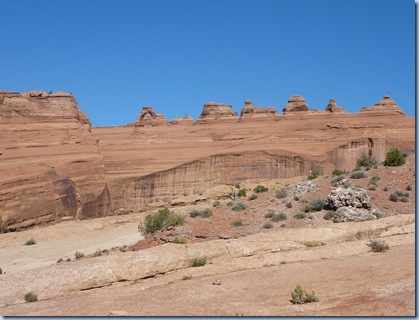 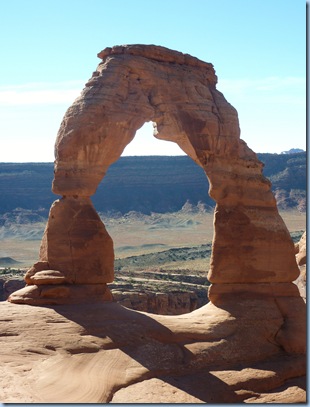 Here’s the view we had today.  Much better! For some perspective, that’s Kevin underneath the arch. 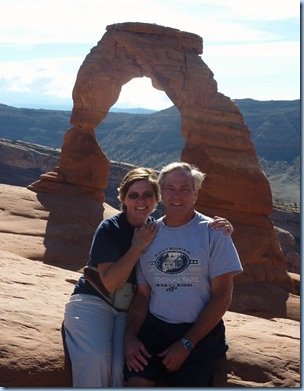 I think this is my favorite picture of us since we’ve been out here.

I’ve been fascinated by the swirly patterns I’ve seen in many rocks in Utah.  Here’s an example. 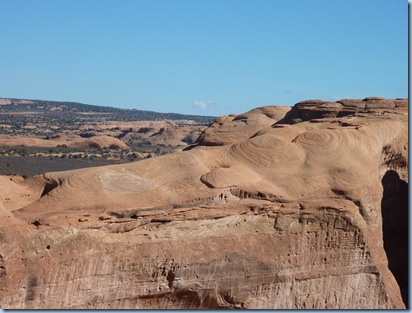 There are petroglyphs in Arches National Park, but they are not as old as the ones we saw at Mesa Verde.  Archeologists know this because there are horses in these, and the Native Americans didn’t begin using horses until about 300 to 400 years later. 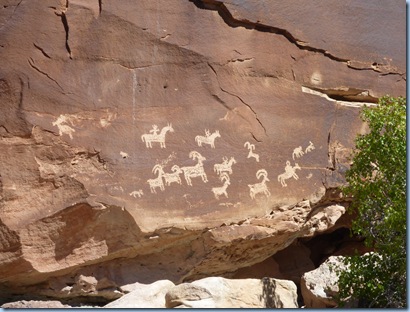 Our second hike of the day was a 2 mile, 3 hour ranger led hike through an area called the Fiery Furnace.  It is made up of fins which are large rocks with lots of valleys and crevices between them.  Here’s what it looks like from the overlook. 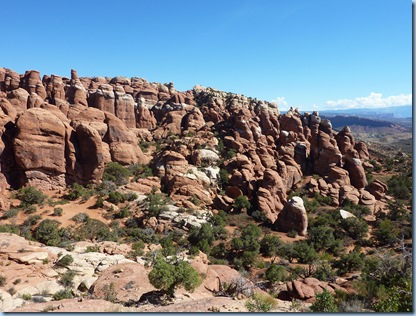 And here’s a picture from down below. 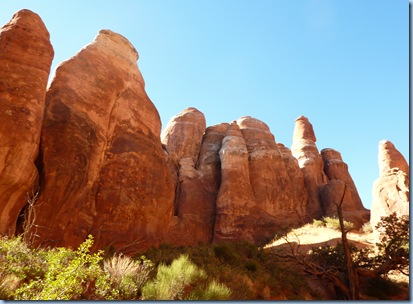 There are some arches hidden between these fins.  This one is skull arch. 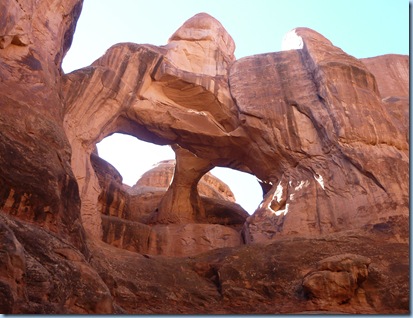 This one is called Surprise Arch.  After climbing through a narrow crevice, you look up and surprise, there it is. 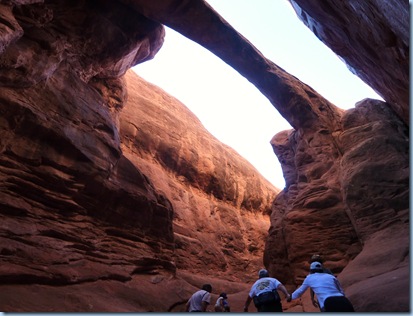 The hike was really fun.  We were told it would be moderately strenuous.  They were telling the truth.  We climbed up and down lots of rocks. 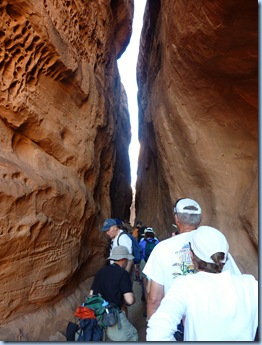 We also went through a couple of very narrow crevices where we had to actually put both feet and both hands on the walls and spider walk through because there was not enough room to walk between them at the bottom.  Here’s one of those areas.

And here’s one more view from the bottom.  See the people near the bottom center.  It’s really surprising how many plants and trees are growing down there.  Just a little bit of sand, and there’s a plant trying to survive. 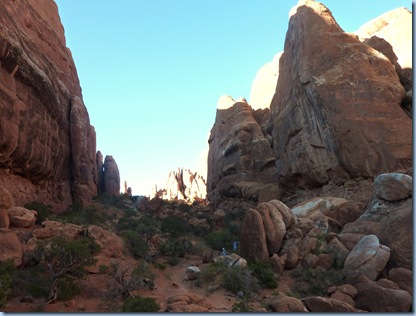