Yesterday was Fat Tuesday, and Port Aransas celebrated with a Mardi Gras parade.

There were lots of people lined up along the route. We had gone for a walk earlier in the day, and some people had put out their chairs to save a spot hours before the parade started. I guess this parade is a big deal. 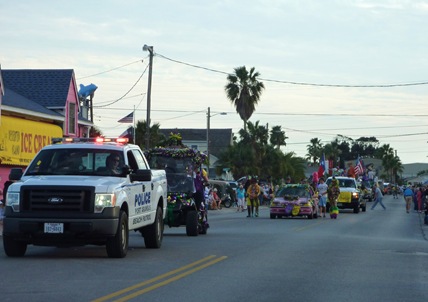 I think these guys were the kings and queens. 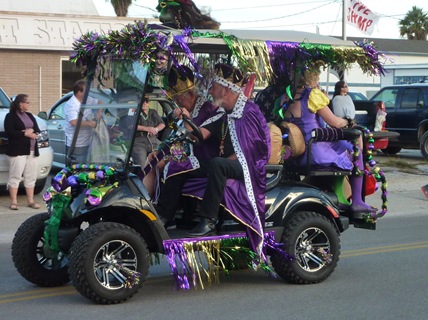 There were a couple of boats decorated as floats. This one was from the bar The Gaff where we watched the belt sander races last Saturday. If you click on the picture to enlarge it, you might see the dog sticking its head out of the hole in the side of the boat. Very cute! 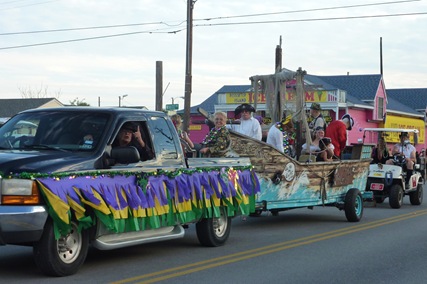 I thought this guy was interesting. So did the reporter who was asking him his name. Where do you buy a duck you can wear? 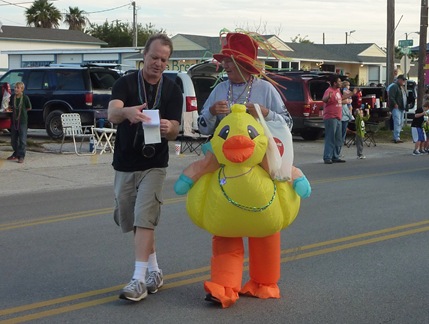 These guys were the toilet seat brigade, clapping the seats in rhythm. I’ve never seen that before in a parade. 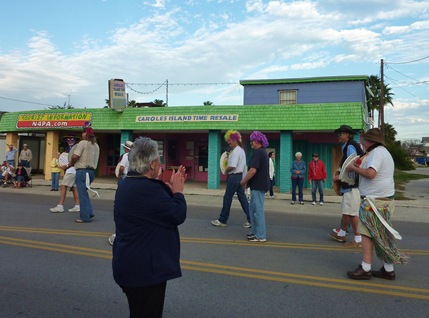 Most of the entrants were decorated golf carts. The parade lasted about an hour. Lots of beads and some candy were being tossed to the crowd. I ended up with a dozen necklaces without even trying. Even the dogs got into the spirit. 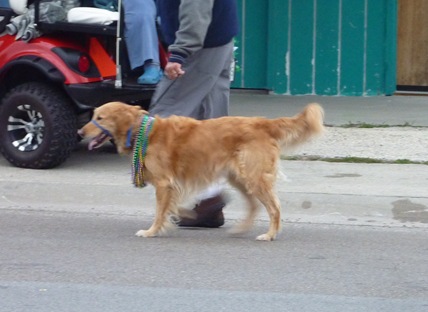 One group was handing out Moon Pies. I’ve heard of these, but have never eaten one. The package said to microwave for even more enjoyment. It was very sweet and just okay. Kevin doesn’t like marshmallow, so he wasn’t interested in sharing. I did eat the whole thing, but I don’t think it was worth the 300 calories.

The weather has been rather cool, damp and windy the last few days, so we haven’t been doing much. That has given me time to work on some sewing projects. Tomorrow is supposed to be nice again. We’re headed back to the seashore!

Posted by RV Khronicles of Kevelyn at 8:11 AM 4 comments: Links to this post