On Monday we arrived at Cedar Key RV Resort in Cedar Key, Florida. We're about two hours south of the panhandle, so definitely heading north.  The resort is one of the nicest we've seen. Sites are large with concrete pads and patios. Everything is beautifully maintained. You can see the pride taken in caring for this park. There is a pool, one shuffleboard and one pickle ball court, and some limited activities. A beautiful place to relax.

A cold spell hit Florida the day after we got here. We actually had a freeze warning one night, and highs have been around 60 degrees. We've been chilling out, but on Wednesday we did take some time to explore the small town of Cedar Key. This area has lots of small keys or islands with Cedar Key being the largest and most populated. It's one of the oldest towns in Florida, and has that old town feel. We walked along Dock Street where there are several restaurants and a marina.

We arrived two hours after low tide, and the boats in the inner marina weren't going anywhere. Two hours later, things were looking much better. 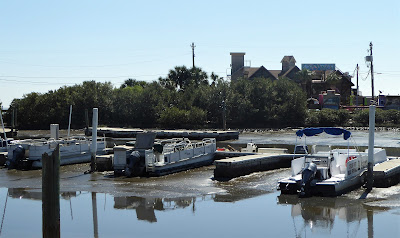 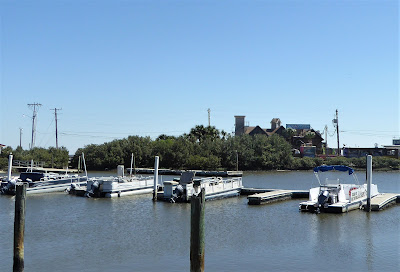 The town is home to a number of local artists, so we wandered through a few art galleries. This large and whimsical mosaic statue was outside one of them. 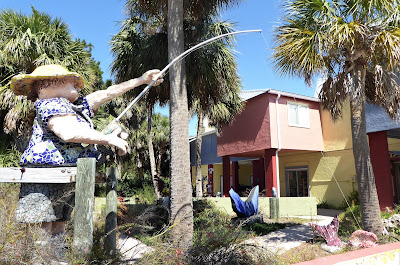 Many of the homes have historic registry markers on them. One of them had an awesome tree stump carving. I like how the artist carved images into the stump, rather than carving the whole stump into something. 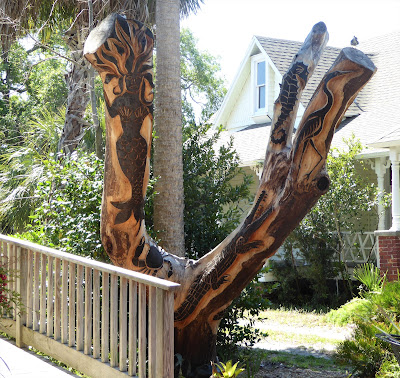 The islands in this area don't have any natural beaches, everything is very rocky. The main industry is clam and oyster harvesting and tourism. At one time pencils were manufactured here using the cedar trees that grow in abundance. There is a small man-made beach in town. With the low tide, it didn't look very inviting. 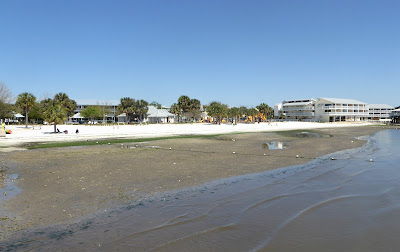 I liked the drinking fountain they had in the park. A place to fill your water bottle, get an immediate drink, and even a dish for your dog. Great idea! 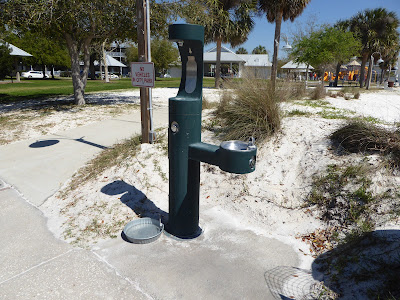 We had lunch at Tony's in downtown. I had read multiple reviews about the excellent award winning clam chowder they serve. In fact, they won the award for best clam chowder at the national contest in Vermont three years in a row. I ordered a cup, and I have to say it was delicious. They actually sell it in the grocery stores around here, so I'm going to see if I can find some to take home. 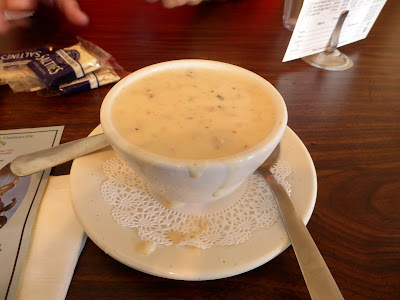 After lunch, we went to Cemetery Point Park and walked along the boardwalk. This whole area consists of many salt marshes and mud flats. 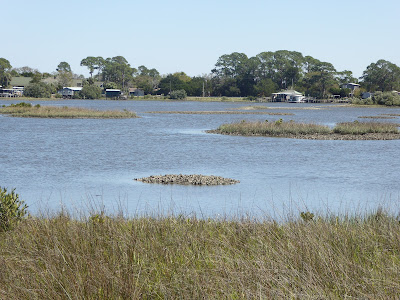 There were lots of these mounds with what looks like oysters growing on top. Not sure what that was all about. 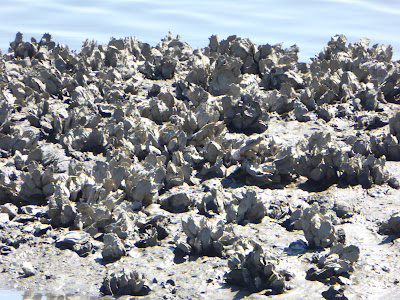 In 1867 at the age of 29, John Muir set out on a 1,000 mile journey, walking from Indiana to the Gulf. He arrived in Cedar Key in October suffering from malaria. The townspeople took him in and helped him recover. He left Cedar Key in 1868 and headed to California where he was eventually instrumental in establishing Yosemite National Park and the Sierra Club. 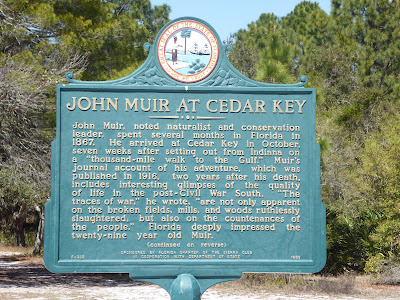 At the RV park, I've been seeing a lot of Woody Woodpecker. I discovered its actually a pileated woodpecker. He really does look a lot like Woody! 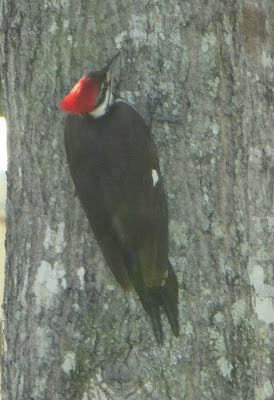 Don’t wish upon a star – Reach for one!
Posted by RV Khronicles of Kevelyn at 9:49 AM 3 comments: Links to this post