We hope everyone has enjoyed this Memorial Day weekend. Our campground was completely full, and so we were kept pretty busy. We sold a record amount of firewood. The weather was beautiful on Friday and Saturday, but Sunday it rained all day and night. It is still rainy this morning, so I’m sure the dump station parade will begin soon.

Overall, everyone was well behaved. We had one person make a big mess in the men’s bathroom. It seems there is always one idiot in the bunch. I am looking forward to the peace and quiet we have during the week.

Our friends Jim and Wendy camped at the site next to us for the weekend. We enjoyed visiting, happy hours, meals, campfires and playing games.

We continue to enjoy watching the hawks in the nest here in the park. Here is one of the adults on a beautiful clear day. 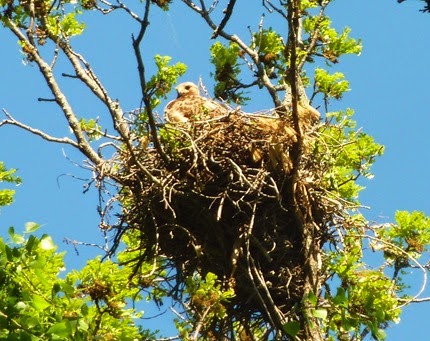 We’ve been able to see one baby. The nest is at least 40 or 50 feet up in a huge tree, so its hard to get a good look. Here’s the baby we have been able to see. It is on the right and is all white. Kevin said it looks like a poodle. 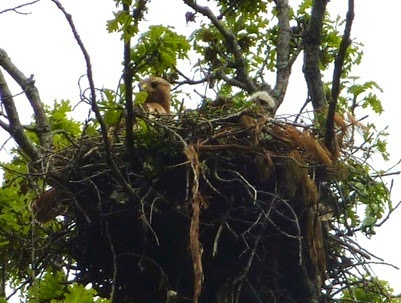 The birdfeeders have also had quite a few visitors. I put some grape jelly and oranges on top of a crate on the ground, and the orioles have been visiting. 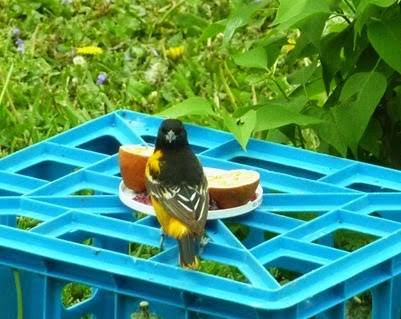 Posted by RV Khronicles of Kevelyn at 7:33 AM 2 comments: Links to this post

I hope all the mothers out there had a very happy Mother’s Day. My day was wonderful. The weather was cool and drizzly so the first part of the day was spent just lounging around inside watching some TV, surfing the web and doing some reading. I didn’t even get dressed until the afternoon :)

We met my mom, my brother and his wife, and our son Eric for dinner at The Mineshaft Restaurant in Hartford, Wisconsin. The prices are reasonable and the food is good. Along with good company, it is always a good place to eat. It was great seeing my mom as I haven’t seen her since Christmas. I know she really enjoyed having us all together again.

I love to read, and I just finished a book that I really enjoyed. It was All the Light We Cannot See by Anthony Doerr. Historical fiction is one of my favorite genres. This book takes place during WWII and tells the story of a young German boy and a French girl. I really enjoyed their story.

Last year we had a pair of red-tailed hawks build a nest in the park. I was hoping they would be back this year, and sure enough, they are. We’ve seen both of them sitting on the nest and flying around the area. Sometimes on windy days it looks like they are just enjoying soaring along the wind currents.

On Friday I was sitting outside, and suddenly there was a lot of commotion in the sky. I thought it was just the hawks, but then I saw an eagle fly over. I had heard there were eagles in the area, but had not seen one. In fact, I had never seen an eagle in the wild. I was sure excited to have my first eagle sighting. I hope it comes by again!! 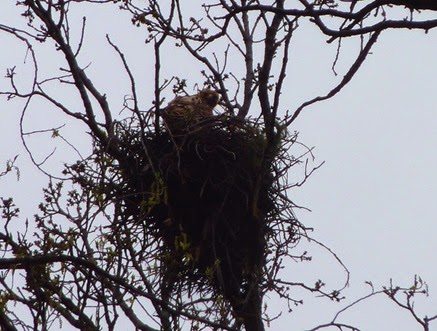 Spring is definitely in the air. The dandelions are in full bloom as are some of the flowering trees. It’s funny, but when we had a home, we spent lots of energy getting rid of dandelions. Here in the park, I find them quite pretty. Along with the dandelions, there are tiny purple wild violets blooming in the grass on our site. They are so pretty. 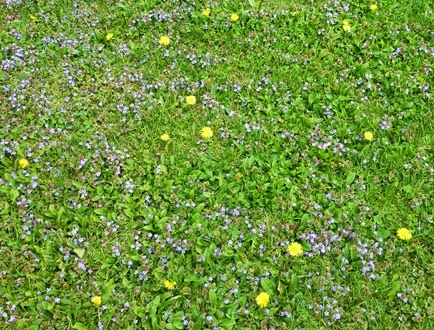 Half of our campsites were occupied this weekend. The weather has been pretty mild this month, and it seems to me that we’ve had more sites occupied this May than in the past. Of course, we are fully booked for Memorial Day weekend, and after that I’m sure we’ll be pretty busy for the rest of the summer.

Posted by RV Khronicles of Kevelyn at 7:38 AM 2 comments: Links to this post

Five Years and a Fish Story

Today is our five year anniversary of full time RVing. Those five years seem to have flown by. As I look back, we have done some travelling to new places, and revisited some favorite places. We’ve spent wonderful quality time with family and friends. Our stress levels have gone way down, and we feel healthier than when we were in the full time work world.

When we started this adventure, we were ten years younger than the average retirement age. We’re now at the half way mark of those ten years, and are so happy we made this decision. For us, it has been a fantastic time. I can’t wait to see what the next five years bring.

This past week was very interesting in a fishy sort of way. You may recall, that I mentioned in last year’s posts that there was a company that was hauling carp out of Beaver Dam Lake, where our park is located. They estimated that they harvested over two million pounds of carp last year.

This week the big flat boats with the nets were back. They came to the bay where our park is located. The first day they dropped their huge net into the lake. One side of the net is anchored to the shore, and then they drag the net out into the lake in a half circle. Once it has been let all the way out, they start pulling it back in, and the fish are pulled closer to shore.  Clicking on the picture will enlarge it. You can then see a boat way out in the lake. That’s how far out the net was, and they had already started hauling it back in. 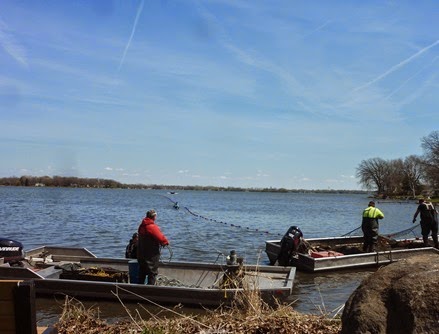 They kept pulling the net in until they had all the fish rounded up into this cage type structure. You could see the fish jumping around in there. 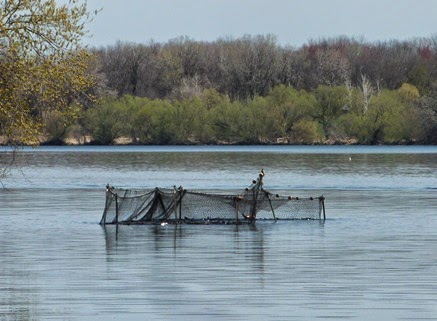 The next day they came back and started pulling fish out of the cage. Two guys were in the water with large nets and two guys in the boat were pulling them in. One of the guys told me they pulled about 15,000 pounds out that day. Any fish caught in the cage that are not carp, are thrown back into the lake.

Its amazing how much weight those boats can hold. These guys sure work hard. Air temperature that day was around 60 degrees, but that water is still quite cold. I wonder how you find a job harvesting carp. 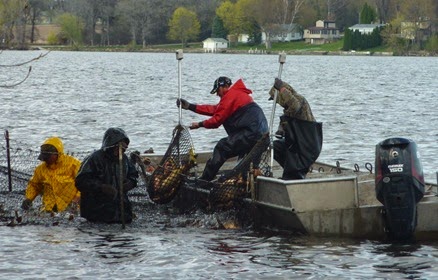 Here are some of the fish they harvested. Carp are a real problem in many area lakes, and the DNR and local fishermen are thrilled to have them taken out of the lakes. These fish are put on ice and shipped by truck to Chinatown in New York where they are eaten. Funny how a fish that is a blight to us is a treat to others. 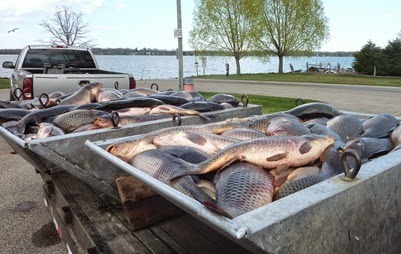 Kevin and I are getting into the routine of our jobs here at the park. This is Kevin’s fifth year as park caretaker. He works mainly during the week. I’m learning the ropes of my new job as park attendant. The majority of my hours are on the weekend being available to help people register and selling wood. It’s a pretty easy job, but we are pretty tied down on the weekends.

We really like it here at this quiet and peaceful park. We’d much rather both work here during the summer than go back to Amazon. Although Amazon was a great way to make some quick cash, our work here is much easier.

Posted by RV Khronicles of Kevelyn at 7:04 AM 2 comments: Links to this post