Yesterday we drove to the condo that our friends are renting. It’s about 30 miles northeast of where we are in a very nice complex. We’ve definitely found that the northern areas of Tucson are much nicer than the southern areas. We had a nice visit with them spending some time swimming in the pool and hot tub, playing cards and eating dinner.

Today we met them at the Biosphere 2 which is located about 30 miles north of Tucson. Some of you may remember when the Biosphere 2 was in the news in the early 1990s. Eight scientists spent two years sealed into the facility doing experiments. The admission price was $20 per person, but we had the 2 for 1 coupon in the Tucson Attraction coupon book. 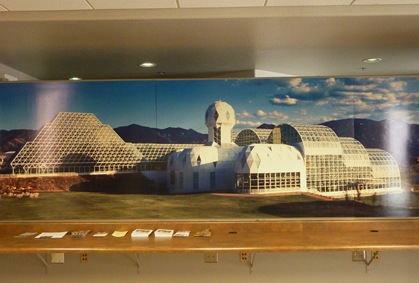 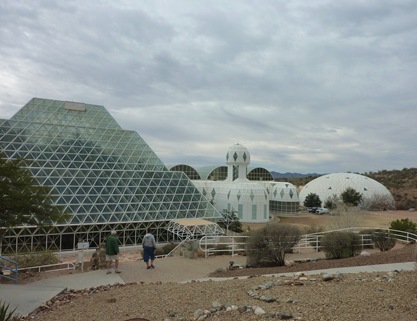 As you can see, it was cloudy today. It’s the first cloudy day we’ve had, and I didn’t like it. Tomorrow the sun will be back :)

The Biosphere 2 facility has had several different owners over the years, and is now owned by the University of Arizona. Current experiments revolve around how water affects different climates. There are five distinct climates under the glass domes including a rain forest with a small waterfall. 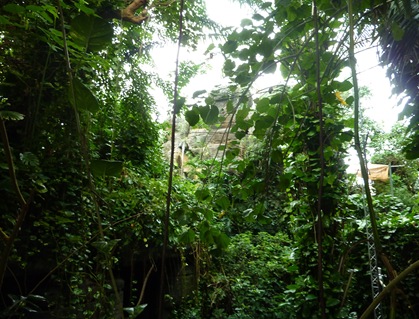 They’ve even recreated the Pacific Ocean although it doesn’t look like much if you’ve actually seen the ocean. 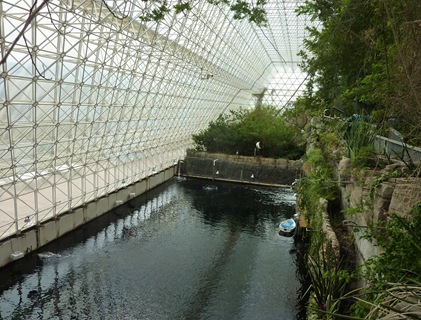 We were taken on a guided tour. Our guide Bob H. was very knowledgeable and shared lots of information. The science and engineering involved in building the sphere is mindboggling. The complex covers about 3 acres, has 6,500 windows and is 91 feet tall at it’s highest point. It’s called Biosphere 2 because it is modeled on Earth, our first biosphere.

One of the outdoor experiments they are conducting is called “green roofs”. They are growing plants on the tops of these little houses. They’ve found that the rooftop gardens cool the temperature inside the house by about 7 degrees. Very important for conservation in the desert. 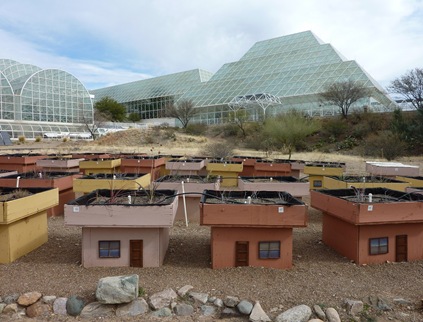 Overall, this was a very interesting and educational place to visit.

A few of the mountains north of Tucson have some snow on them. There is one called Mt. Lemmon that has skiing. 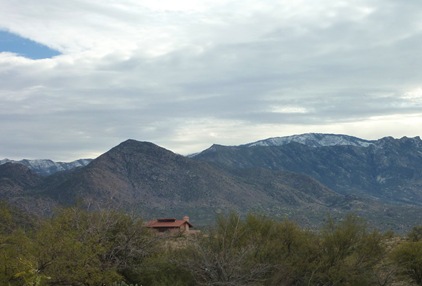 Because of the clouds, the sunset tonight was fantastic. 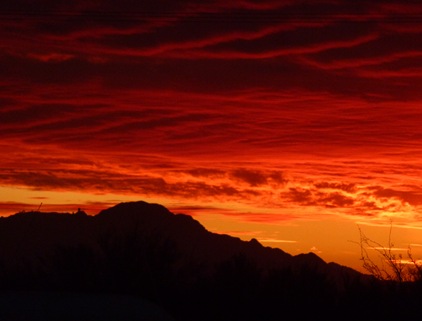