We started our visit by looking at the exhibits inside and then watching a movie that explained both battles fought here in this area in the fall of 1863. 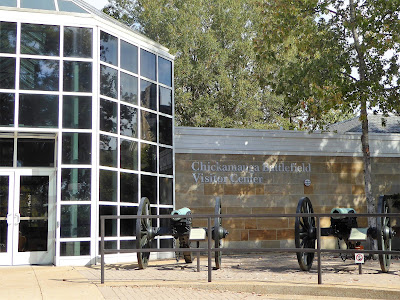 The Battle of Chickamauga took place over a three day period in September. Both battles were about the control of Chattanooga, the gateway to the South.  The Confederates were victorious at Chickamauga, causing the Union Army to retreat to the Lookout Mountain area in Chattanooga. The problem was the Union still controlled Chattanooga, so in November the Confederate Army attacked again. This time the Union was victorious, and was able to cut off an important supply route to the South.

In 1890 the battlefields of Chickamauga and Chattanooga became the nation's first national military park, five years before Gettysburg. Civil War veterans spearheaded the legislation through Congress. There is an auto tour route where you can see many of the memorials that were erected by different organizations.

This one is from a Florida regiment. 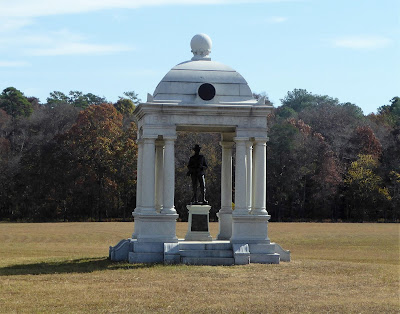 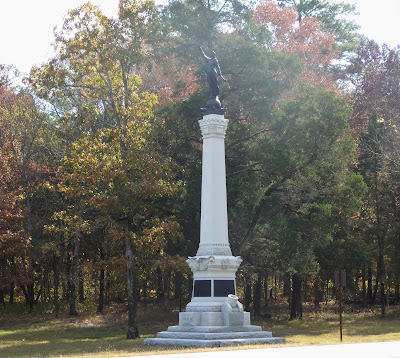 And, of course, lots of cannons. Thousands of soldiers lost their lives in this beautiful scenic area. So sad! 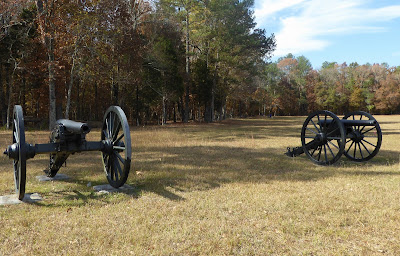 Here's a site you don't see too often. This rig was on the interstate in front of us a few days ago. Some people really like their toys. There was a motorcycle on a lift, the car on a tow dolly, two bikes on a hitch on the car and two kayaks on top of the car. Wow!! 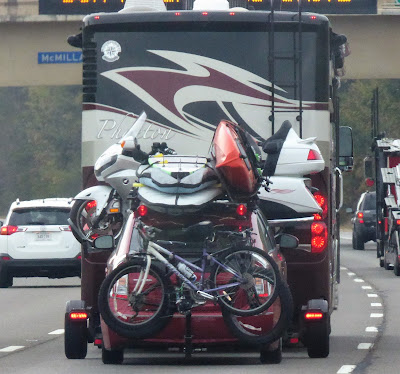 Don’t wish upon a star – Reach for one!
Posted by RV Khronicles of Kevelyn at 6:08 AM No comments: