Our second day ashore was in Belize. There is a barrier reef that extends all along the coast of Belize, so cruise ships are not able to dock at the pier. Small boats called tenders are used to transport the passengers to the pier. This causes some delay, especially when the water is a bit rough as it was that day. Our ship sure did look spectacular sitting out there in the Caribbean Sea. 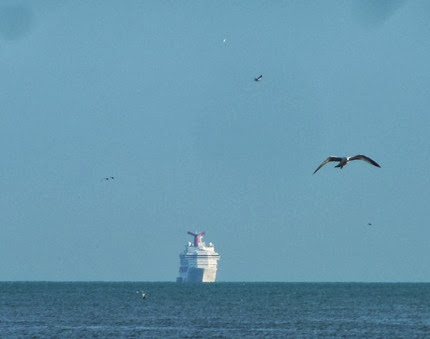 We had booked our excursion of zip lining and cave tubing through the ship, so our bus waited for all of us to get ashore. It was an 80 minute drive to the jungle, but our guide Nuri did an excellent job keeping us entertained with stories of the history of Belize. Once we got to our destination, we were quickly outfitted into our ziplining gear by friendly and knowledgeable guides. 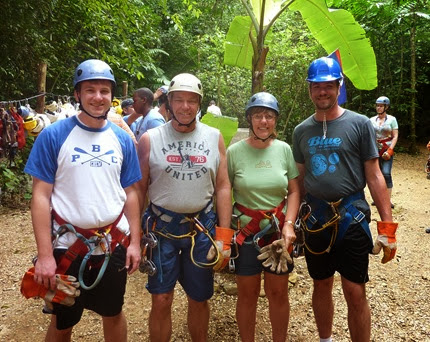 Then it was a climb up a path and some steps to get to the training area. We were given instructions and then climbed to the first platform. Ziplining was a bucket list item for me. I was so excited to be doing it right up until I got on that first platform. Suddenly my heart was racing! But, I got hooked in, and off I went. It was so much fun!! We did five lines, and it was over all too quickly. All of us enjoyed it very much!!

After the ziplining we were assigned to a new guide who took a group of eight of us tubing in the Crystal Cave, part of a large cave system under the island. We were each given a tube and led down steps to the refreshing water. We were also given helmets with lights on them. We hooked our tubes together and our guide led us through the caves. There are no lights inside, just our helmet lights and a flashlight the guide used to point out some cave features and some Mayan artifacts found in the caves. There were some beautiful formations, and some crystals created from quartz seeping through the limestone. What a great experience! 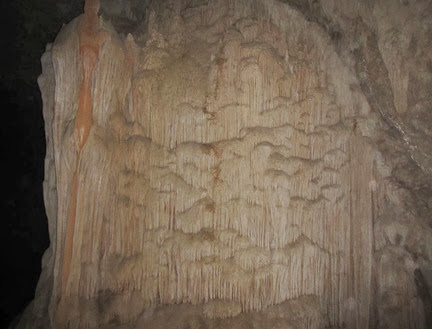 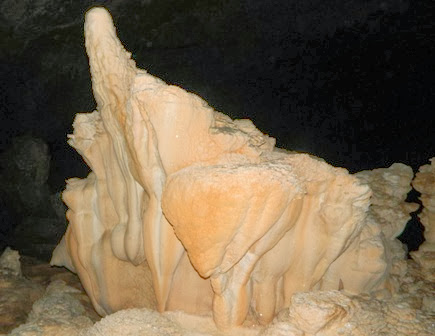 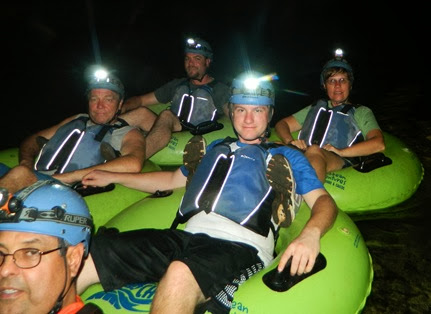 At the end of the cave, we came to a lagoon that was about 30 feet deep. The water was crystal clear, and the most beautiful blue color. You could see all the way to the bottom. We were able to either swim or tube across, and then we got out and carried our tubes back to the top.

While we waited for the rest of our group to finish up, we had a chance to purchase our pictures, buy some lunch and buy some drinks. One lady did not show up at the prearranged time to leave, so our guide had to spend an extra ten minutes looking for her. Then, about half way back, several people who had too many beers at the bar, needed the bathroom. So, we were an hour late getting back for the last tender. Luckily, because we booked through the ship, they had a tender boat waiting for us, and we weren’t left behind.

We did miss the party Carnival had before dinner that night for cruisers who have reached the gold level or above. I went to guest services the next day, and Kevin and I were each given drink coupons for four drinks because we missed the party. That was sure nice!

Our last shore day was Cozumel, Mexico. We had booked an ATV Jungle Adventure excursion. This was our third visit to Cozumel, so we wanted to do something we had not done before. The guys thoroughly enjoyed this event. We were taken on a 20 minute bus ride to the ranch with our awesome guide Jamie. There was a short introductory video, we were issued helmets and then divided into groups based on ability.

I was in the beginner group as I’ve never ridden before. My three guys are all experienced ATV riders, so they were in the other group. The route was very rocky and bumpy. About half way through I had a blister on my hand. The guide gave me some gloves which helped a lot. We had a break where they gave us a snack and some water. Then back on the ATVs for a total of about 70 minutes of riding. This was another fun excursion. My guys totally loved it. I thought it was okay. A little too bumpy for me. 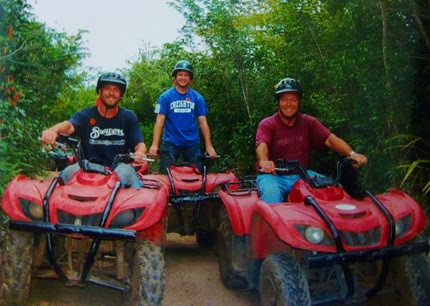 After the riding, we were taken to a private beach where we could hang out for about 90 minutes. We enjoyed some lunch and refreshments. The margaritas were very tasty and potent. Back at the pier, we had another free margarita as part of our package. Can you tell I’m feeling no pain! 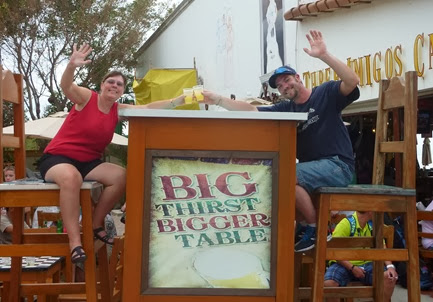 My guys humored me with this picture. 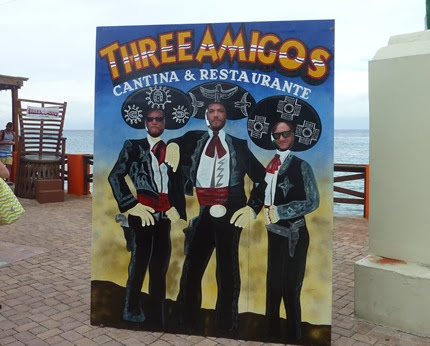 We took some pictures during the second formal night. 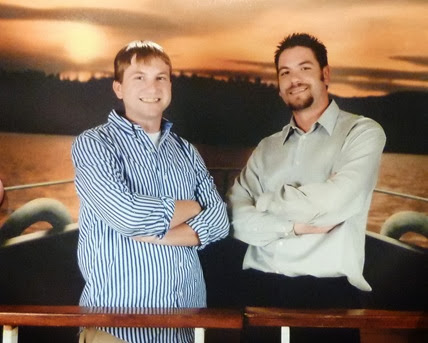 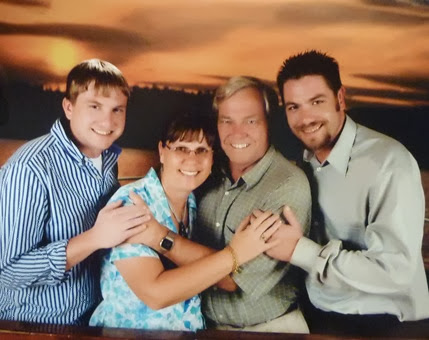 Our last day was another at sea day. We pretty much hung out on deck and enjoyed the sun and warm weather. There were some deck games and events going on, but we were happy just to watch. 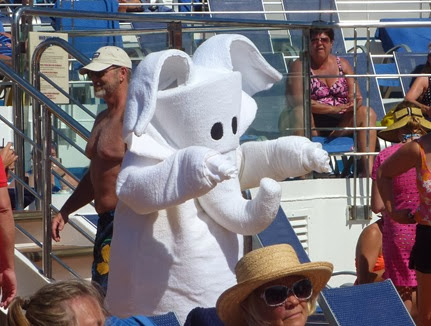 That evening was another beautiful sunset. 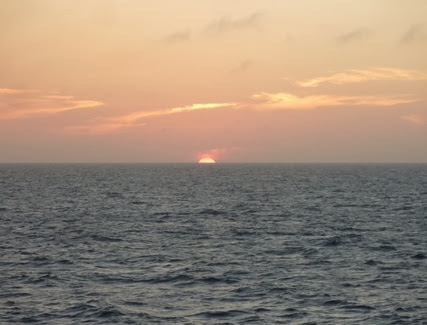 We were getting closer to the Gulf Coast, and we saw quite a few oil platforms that evening. 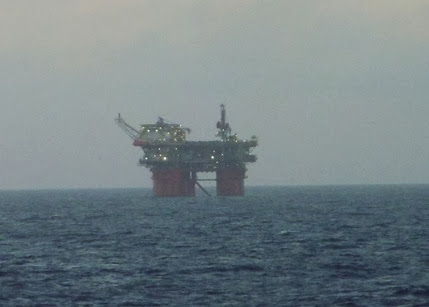 Sunday morning we arrived back in New Orleans to temperatures in the 60s and heavy fog. We took a taxi back to the camper and spent the rest of the day watching Super Bowl events.

The next morning we were up at 4:00 am to get both boys to the airport for their morning flights. All flights went off without a hitch, and both of them are back home safe and sound. We’re taking a few days off to rest up, and then we’ll be doing some New Orleans sightseeing. The weather has turned cold again. I sure hope it warms up soon.

Posted by RV Khronicles of Kevelyn at 2:27 PM No comments: Links to this post