Before I tell you about the mermaids, I want to catch up on our last day in Dunedin. Kevin and I biked about 10 miles round trip across the causeway to Honeymoon Island State Park. It was a beautiful trip with water on both sides for most of the way. Sue had recommended it as a nice ride, and she was quite right. Unfortunately, it was quite windy; so we struggled on the way back.

We stopped at the visitor center and watched a short video about the history of the island. It used to be called Hog Island because there were hogs raised on it. In the 1950s cabins called "love shacks" were built to attract couples. After that, it became known as Honeymoon Island. The state park was created to keep much of the island in its natural state, and to prevent overbuilding.

There was information about an eagles nest, so we hiked a mile into Osprey Trail to get a look. We saw the nest, but the eagles were not home. Too bad. I forgot my good camera with the 30X zoom, so was only able to get 4X zoom with my cell camera. 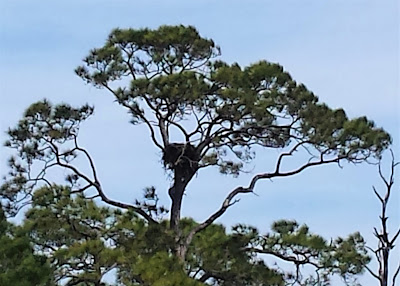 We saw quite a few osprey nests and birds flying around. If you look closely or click on the photo to enlarge, you can see an osprey in the nest. 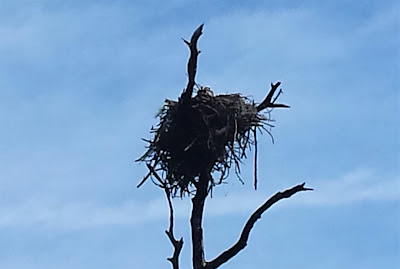 Next I spent about half an hour walking along the beach looking for shells. I found a few spiral shells and a piece of finger sponge. I had seen finger sponges for sale the day before in Tarpon Springs. I kept the shells, but not the sponge. I believe you have to treat it some way so it doesn't get smelly.

Sue and Alex had invited us over for a cookout in the afternoon with Alex's sister Cookie and her husband Tom. We've all known each other for a long time, and had a great time reminiscing with lots of laughter. Kevin whipped up a batch of margaritas for us to share. 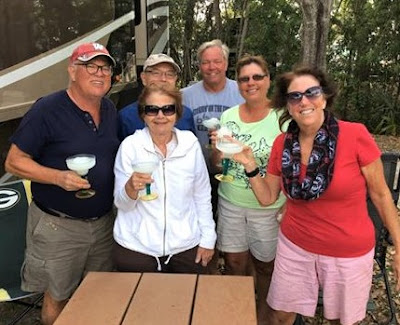 We had short drive on Monday to Homosassa. We're staying at Nature's Resort RV Park. We're in the back in F section. The road to get to our section is long and windy with lots of trees on both sides. The place is much more of a campground, rather than a resort. But, it will meet our needs for the week we are here exploring. There was a stretch of highway with bear warning signs. I never would have guessed that there are black bears in Florida. 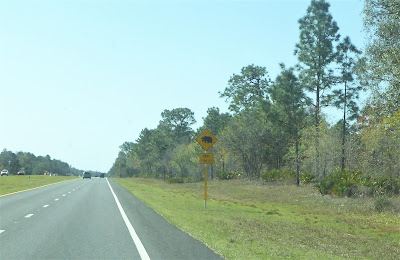 There were two main reasons I wanted to come here. One was to see the Manatees that hang out in the springs in the area. The other was to see the Weeki Wachee Mermaid Show. Several years ago I read a novel called Swim To Me by Betsy Carter. It was about a young girl who leaves home and joins the mermaids in Weeki Wachee. Ever since I read that book, I wanted to come see the show.

The Mermaid Show was started in 1947 by stunt swimmer and Navy Frogman Newt Perry using an underwater air hose breathing technique which is still used today. The show is an iconic Florida attraction. It became part of the Florida State Park system in 2008. There are three mermaid shows per day performed in a natural spring pool. An underwater viewing theater is built into the side of the rock surrounding the water. 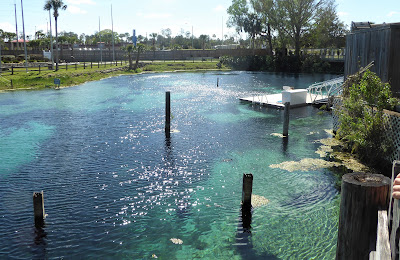 We watched the first show based on the fairy tale The Little Mermaid. It was cute and entertaining in a very old school kind of hokey way. The mermaids and merman did an awesome job. It takes a year of training before they are ready to perform. Fish and turtles swim with the mermaids. The color was better in person. 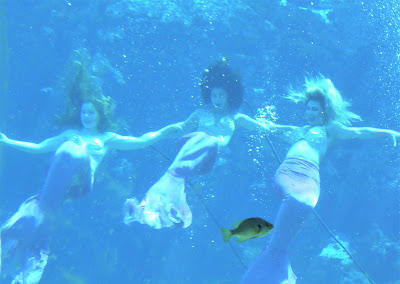 Our next stop was the Florida Wildlife Show. Only four animals were shown; a snake, turtle, tortoise and alligator. It was okay, but could have been better with a few more animals. Here's a king snake. 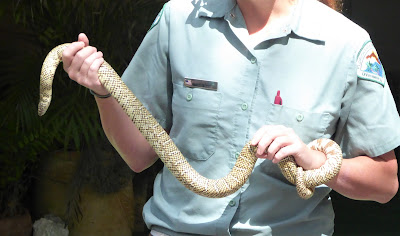 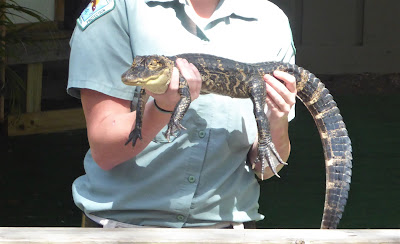 Included in the $13 admission is also a boat ride on a river created by the springs. The water was amazingly clear. You could see lots of fish. We saw an eagles nest with an eagle sitting on top, but it was pretty far away and we went by too fast. 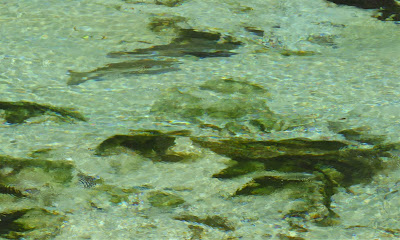 The second mermaid show of the day is called Fish Tales and is about the history of the program. It was very entertaining. If you only have time for one show, this would be the best one to see. The mermaids fed the fish and turtles, so they had quite a gang around them. 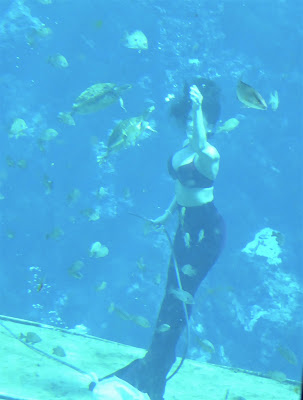 One of their featured moves is to grab onto each others fins and swim in a circle. That was pretty cool. 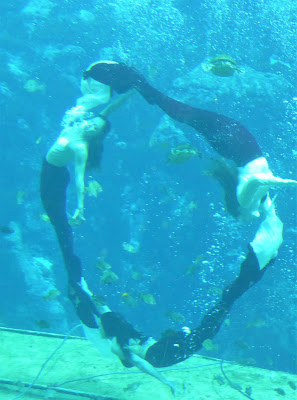 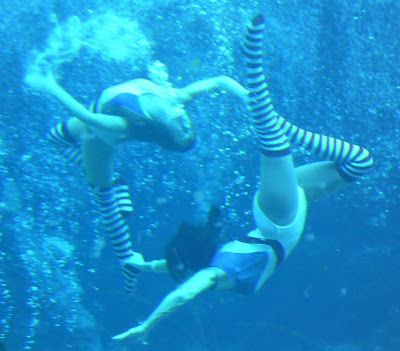 Here's one of them drinking a bottle of soda. Another one was eating an apple. That just seems like it would be really hard to do under water. 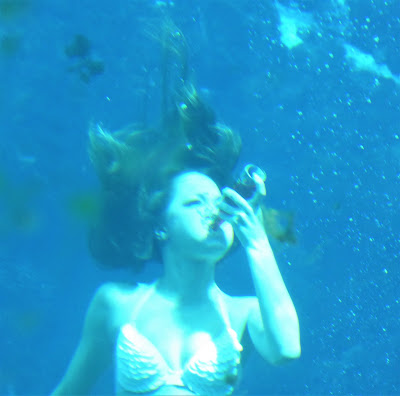 At one point a manatee swam by in the background. Bonus!! 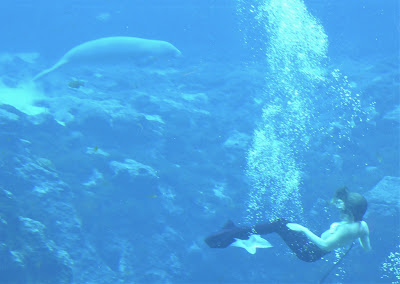 I really enjoyed our visit with the mermaids at this classic old school Florida attraction.

Don’t wish upon a star – Reach for one!
Posted by RV Khronicles of Kevelyn at 7:30 AM 4 comments: