Yesterday was an awesome day!!

We went back to the shuttle stop and when I saw the bus coming, I was up and waving my arms. The lady driver stopped for us, and we rode the entire loop for 25 cents. The shuttle is a nice way to get around if you don’t want to drive.

The day was warm and sunny, but when the shuttle got to the beach it was foggy right along the shore. It was kind of eerie looking.

Our driver was very nice and pointed out points of interest along the route. She told us that dolphin are frequently seen in the shipping channel. We got off the bus at the park we went to the day before and climbed the observation tower to see if we could see any dolphin. No luck.

We walked back home and picked up our bikes. Its about a 15 minute bike ride to Gulf of Mexico beaches. The fog had burned off, and it was a beautiful day.

We parked our bikes and walked over to the jetty between the Gulf and the shipping channel. There were lots of people fishing along the very long wall. We walked all the way to the end. I don’t know how far out it goes, but here’s a look back to shore. It’s a very long wall made of huge granite boulders built by the Army Corp of Engineers. 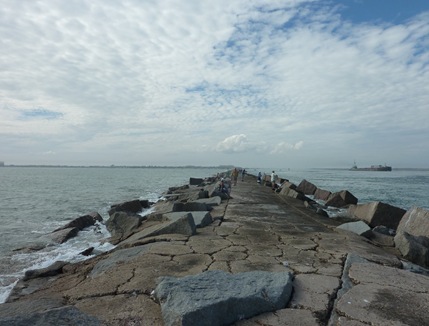 As we neared the end of the jetty, I spotted a dolphin in the channel! Then I saw a few more!! We ended up seeing a couple of different groups of them with 3 or 4 dolphin in each group. I was snapping away with my camera hoping I’d get at least one decent picture. 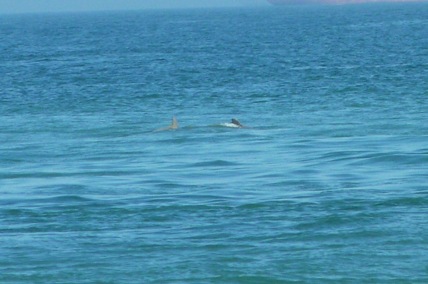 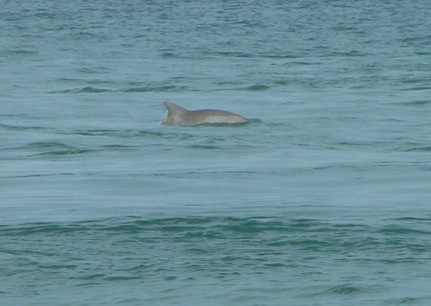 It was so cool to see the dolphin, but the fun wasn’t over yet. Kevin spotted a sea turtle swimming near the side of the wall. I wasn’t able to get a picture, but we enjoyed watching it. It would stick its head out for a breath and then float along just under the surface. Eventually, it dove deeper and we lost sight of it.

We saw lots of Brown Pelicans. This guy was sitting on a rock and let me get up very close for a picture. 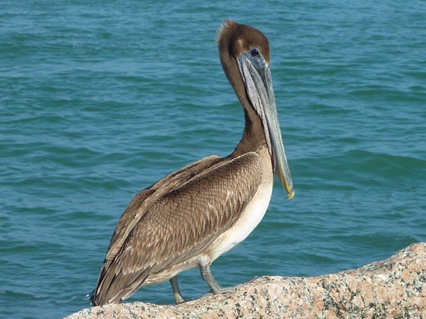 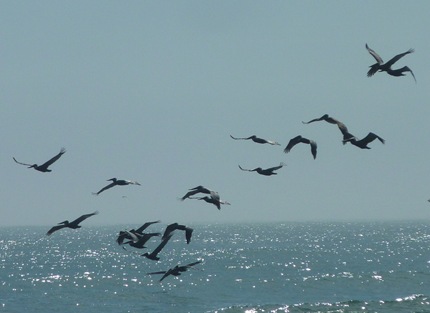 I snapped several shots of pelicans flying hoping to get a good one. I think this one turned out very nice. 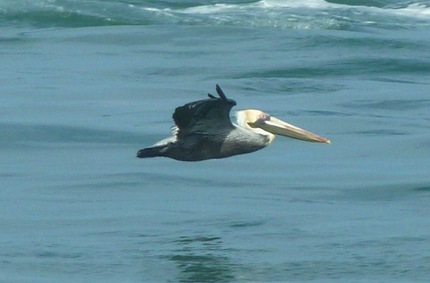 Out near the end of the jetty I spotted this boat engine lodged in between some rocks. It would take some very powerful waves to toss it up on these rocks. 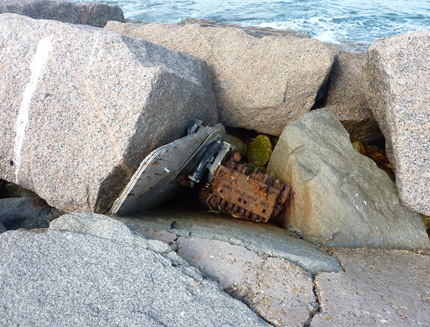 I was appalled by the amount of garbage down between all of the rocks. Where does it all come from? How is all of this garbage getting into the water? Disgusting!!

Back at the beach we were surprised to see campers right on the sand. There is a campground, but it’s behind the dunes. These campers were parked right on the beach.  I asked a lady about it, and she told me its $12 a night to camp on the beach. Although I think it would be very cool to do, we wouldn’t feel comfortable putting our 5th wheel on the sand like that. 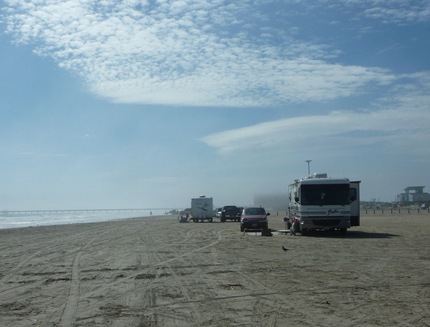 There were lots of gulls along the beach, and quite a few of these cute little Sanderlings. 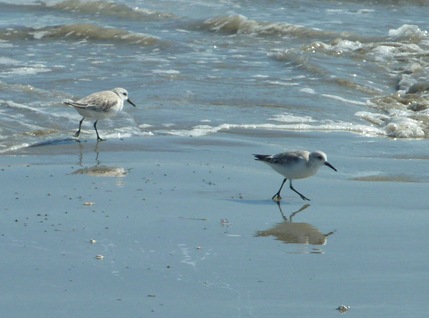 One White Egret was hanging out near the shore in a little cove. 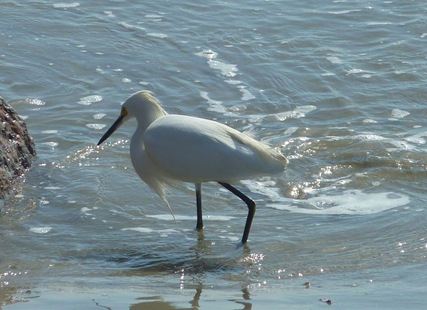 We picked up our bikes and headed back home. After dinner we watched Bourne Legacy, which we had picked up from Redbox using a free code they texted me. It was pretty good.

As I’m writing this blog, its raining and thundering outside. Texas is in a drought, and they really need this rain. We’re staying home today. I’m going to work on a sewing project I’m doing for Cathryn. Hopefully, she will like how it turns out.

Posted by RV Khronicles of Kevelyn at 9:24 AM 2 comments: Links to this post