Little House on the Prairie in Kansas

I remember watching Little House on the Prairie when I was a girl. The TV show took place in Minnesota. I’m sure I read some or all of the books, but I don’t remember much about them.
So, I was surprised to find that there is a site about thirty miles from here where the Ingalls family lived for over a year from 1869 to 1871. 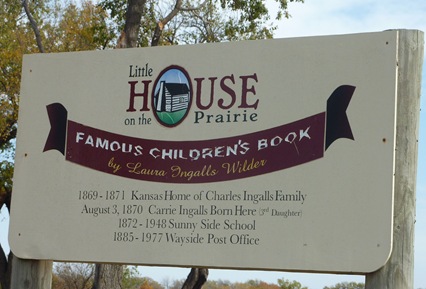 It’s just a little site in a rural area outside of Independence, Kansas. There is a reproduction of the cabin the Ingalls lived in, as well as a historic school and post office that were moved to the site from the surrounding area. The school is on the left, the post office in the middle, and the log cabin on the right. 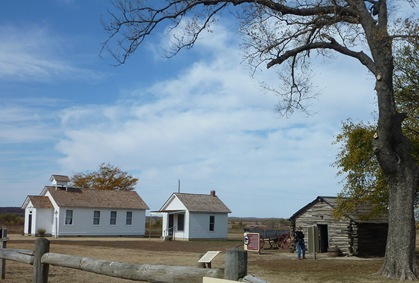 Can you imagine a family of five living in this little cabin? I think it’s probably less square footage than our RV. And, we don’t have three children living with us. 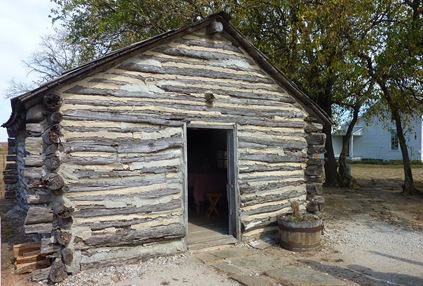 There’s only one bed, so I’m thinking the children slept on mats on the floor. 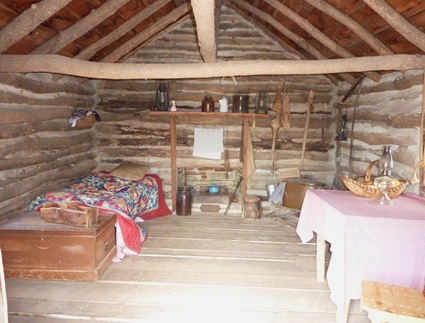 Not a very comfortable looking chair. 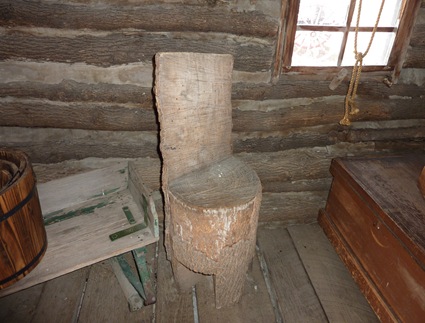 There was a map that showed the places the Ingalls family lived. I didn’t realize how much they moved around. The lived in Wisconsin, Kansas, Missouri, Iowa, Minnesota and North Dakota. I love finding these little out of the way places. This is someplace we never would have visited if we were living our old life. But, what the heck, since it was only thirty miles away, why not.
On the Amazon front, we finished our second week and have both received our first paychecks. Yeah! I have not gotten any response to my two emails regarding switching to days, so it looks like we are stuck on the night shift. While it’s not ideal, I’m managing and we’ll end us with some extra money for working nights, so it will have to do.
It’s interesting to see the many items people order. According to what we were told at orientation, Amazon’s business is up 60% over last year. So, I guess not everyone is hurting from the bad economy. We packed a lot of the new Steve Jobs and John Grisham books last week, as well as the Captain America DVD.
Last night, Amazon arranged for the party room at the local Pizza Hut, and invited seasonal camper workers to attend at your their expense. Our friends Janie and John are also working at Amazon, and they had just arrived on Thursday. So, the four of us went to the Pizza Hut gathering. There were more people than they had room for in the party room, so we ended up in a booth outside of the room.
We didn’t get to connect much with any of the other workampers, but we had a nice time with Janie and John and enjoyed a good meal together.
Tomorrow we start week three. Time is going fast. Before we know it, we’ll be done working, and have spending money in the bank.
Posted by RV Khronicles of Kevelyn at 5:38 PM 4 comments: Links to this post