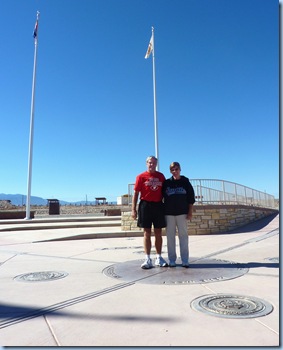 We were under the impression that it was part of the National Park system, but it wasn’t.  It’s actually on Navajo land.  They charge $5 per person, but it was worth it to say we were there. 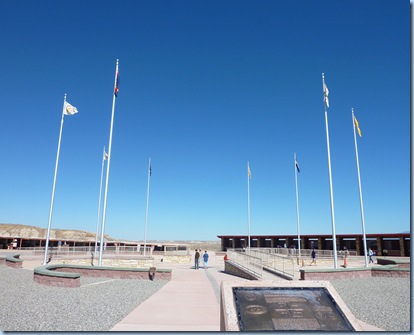 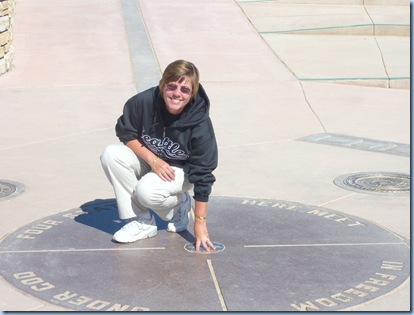 The actual monument area is nicely done.  I heard they had redone it just this summer, and there were still bulldozers working on the outer area.  All around the monument are stalls with Native Americans selling stuff.  Most of it was the typical stuff you see everywhere, but there was one guy who had some beautiful jewelry with stones he polished himself and made into pendants.  I was tempted, but I wasn’t willing to pay what he was charging :)

From there we headed to Aztec Ruins National Monument in Aztec, New Mexico.  These ruins are actually from the Pueblo people who lived here in the 1100s, centuries before the Aztec empire prospered.  Anglo settlers mistakenly named the place Aztec based on stories they heard about Cortez’s conquest of Mexico. 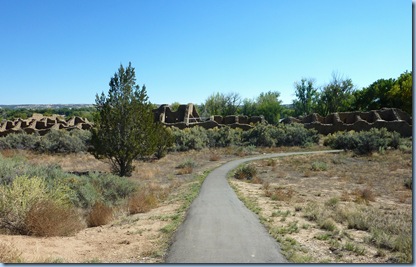 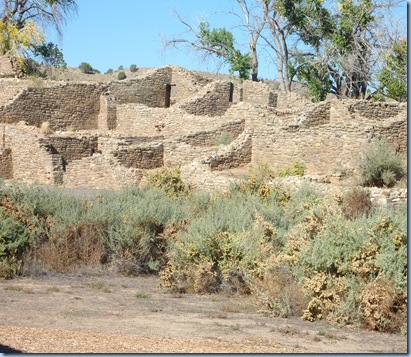 When these ruins were excavated, it was discovered the largest of the houses had at least 500 rooms and rose to three stories.  There were a number of kivas found, which were round rooms believed to be used for ceremonies and as gathering places.

The Great Kiva was rebuilt in 1934 and a roof was added to show the public what it must have looked like hundreds of years ago.  I’m always so amazed at the skill these ancient people had! 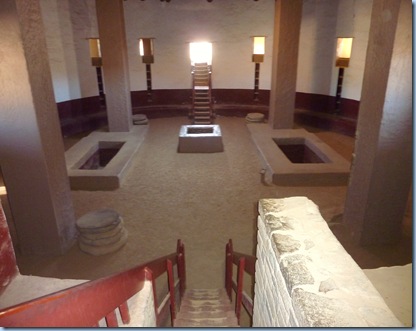 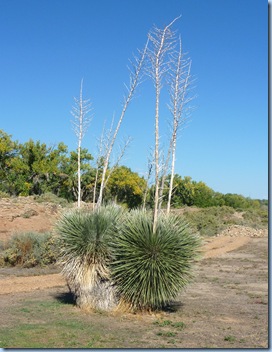 This is the largest yucca plant I have ever seen.  The Ancestral Pueblo people used the yucca fibers to make all kinds of things including baskets, sandals, rope, mats and blankets.  These people were amazingly innovative and creative.

Today we stayed home and took it easy.  We took care of some business and ran a few errands.  Cortez itself is not much of a tourist town.  We did find a micro brewery/restaurant called Main Street Brewery.  I’m not a beer drinker, but Kevin said the beer was good.  I had a chicken sandwich which was very tasty.  I loved their seasoned fries.

We’ve been really frustrated with our internet over the last 10 days.  In June we got a Verizon air card through the 3G store which was recommended by other fulltimers.  After 4 months, they informed us that our account was being sold to another company.  Since we’ve been with the new company, our air card won’t work.  They sent us a new one at our current location, and we have the same problem as the old one.  The people there don’t seem to know what they’re doing.  I liked this plan because there was no contract and it was $10 a month cheaper than through Verizon.  At this point, I’m ready to give up on them and get the air card directly from Verizon even if it means a 2 year contract and the $60 a month.  I called the 3G store and they told me they are distancing themselves from this new company.  How nice for them.  That doesn’t help us any, does it!

We’ve been using my cell phone tethered to the laptop.  Our cell phone provider is US Cellular, and they don’t have the coverage area that Verizon has.  It’s been working, but very slow.  We still have a year and a half on our cell phone contract.

I know some people are using their new Droid phones for their internet.  We’ve been able to use Kevin’s computer with Windows 7 as a hot spot so we can both be on at the same time.  I don’t know how the new phones work.  I wish someone would just tell me exactly what would work best for us.  All this technology stuff can drive you out of your mind!!!

Posted by RV Khronicles of Kevelyn at 9:47 PM 2 comments: Links to this post