Yesterday morning Kevin dropped me off at the National Quilt Museum in downtown Paducah, Kentucky. The museum is celebrating its 25th anniversary this year. There are two large galleries with quilts on display. Periodically, displays are changed. For my visit, one of the rooms was quilts from a guild in New York, and the other was vintage quilt tops that had been rescued and quilted using modern long arm machines. It was an interesting blend of old with new.

There was a sign stating photos were not allowed to preserve the quilts. I had my cell phone camera without a flash, so I cheated and took two photos of quilts that I thought were spectacular. There were many amazing quilts, but the ones I liked the best were truly works of art made without using any type of pattern. The creativity and artistic talent of these quilters was inspirational and humbling.

This one was based on The Lord of the Rings. Most of the design is done using a technique called thread painting. Use of different colors of thread and detailed quilting creates the design on a solid colored piece of fabric. Amazing! 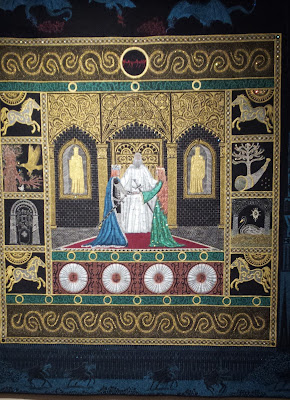 The Kentucky Derby quilt looked like a photograph. It was beautifully done with so much attention to detail. Breathtaking! My photo is a little blurry, but you can see how lifelike it looks. 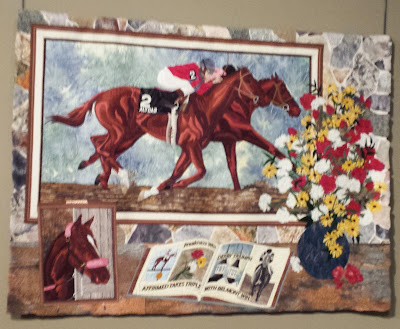 I spent about an hour and a half at the museum, and enjoyed my visit. I wish there would have been more quilts on display.  Several beautiful stained glass windows were on display in the lobby. I loved that a double wedding ring quilt pattern was used to make this window. 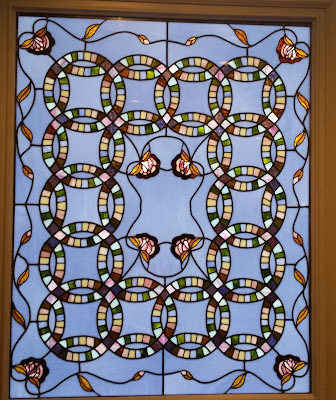 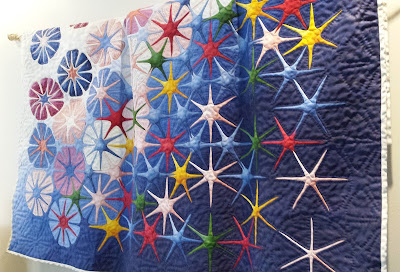 Lewis and Clark's expedition brought them to the Paducah area. This sculpture on the grounds of the quilt museum commemorates their arrival and interaction with the Native Americans. William Clark purchased the land where Paducah now stands in 1827 for $5. 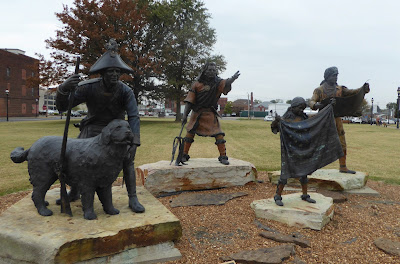 I called Kevin when I was done at the museum, and he met me downtown. Paducah is located at the confluence of the Ohio and Tennessee Rivers. Throughout it's history, there have been several devastating floods. After the flood of 1937 where the river crested at over 60 feet, the town built a 12.5 mile long flood wall to protect the downtown area. Part of the wall has murals painted on it depicting the history of the area. All the work was done by volunteers. 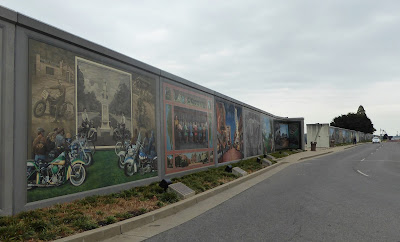 This mural depicts snapshots of some of the worst floods. Look closely at the top right corner. There is a cow that ended up on the second floor porch of a downtown building during the flood of 1937. The picture was featured in National Geographic. 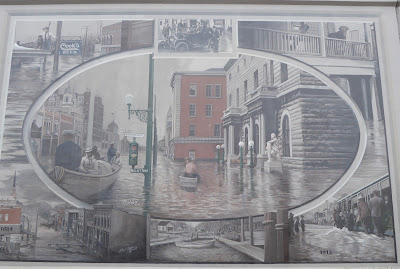 Paducah's location on the rivers made it a busy shipping port. The railroad also played an important part in its history. Steam engines operated here until 1960 transporting coal and other goods. There was also a large shop here that built and repaired train engines. This train is on display next to the flood wall. 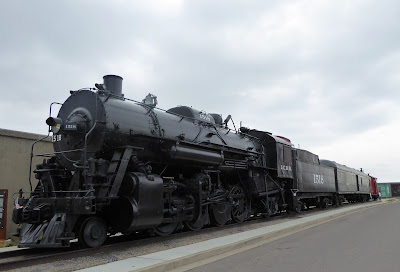 We stopped at the Kirchhoff's bakery for a delicious snack, and wandered around the downtown area. Our map showed two quilt shops. Unfortunately, one was closed until March and the other seems to have been torn down. I try to buy fabric from each state we stay in, but it is hard to find fabric specific to each state. Most of the time any state fabric is for the sports teams. I'm collecting fabric to make a quilt out of all 50 states once we've been to them all. I'm hoping I'll find something with horses on it in Lexington.

We discovered another microbrewery called Paducah Beer Werks. It opened in 2015 in the old Greyhound bus terminal. The sign on the outside reminded us of the Greyhound terminal in Milwaukee where the letters on the sign were BUS. Nice job converting an old building. 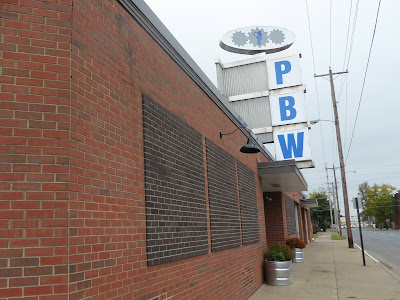 Kevin enjoyed a flight of five samples. I thought the bar top was really cool. It looked like the outside of old buses. The bartender told us there were over 70 coats of polyurethane on top of the metal. 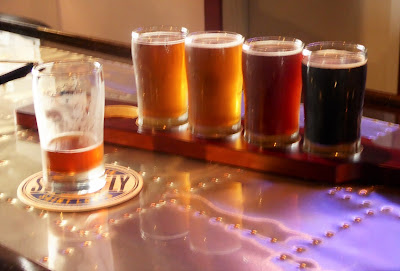 On our way home, I spotted this church next to our campground. I love all the different sites we see in our travels. I looked up this church. It's their second location as they outgrew their original spot in the downtown area. All are welcome with no judgment on dress, length of hair or amount of tattoos. The music is rock with the words changed based on bible teachings. Sounds interesting. 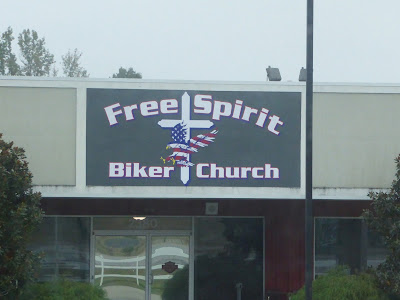 Today we will continue our touring in The Land Between the Lakes area of Kentucky.

Don’t wish upon a star – Reach for one!
Posted by RV Khronicles of Kevelyn at 8:27 AM 1 comment: Links to this post