This week it has been very windy every day with sustained winds between 20 to 30 mph. So, we haven’t been out and about too much. At least the temperatures continue to be nice with highs in the 70s.

Saturday afternoon was nice so we rode our bikes over to the Leonabelle Turnbull Birding Center in Port Aransas. There is a boardwalk and viewing tower that extends out into a marshy area. We saw lots of shore birds and one very large alligator. The alligator was sunning himself and didn’t look real. I did see his eyes open and close, so I wasn’t going to go down and stick my head in his mouth to see if he was alive :) 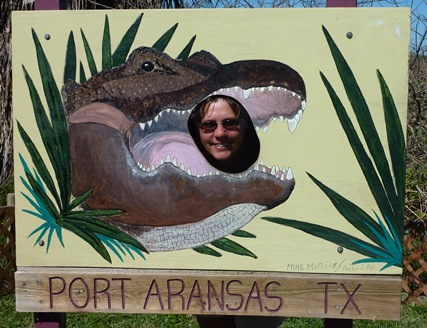 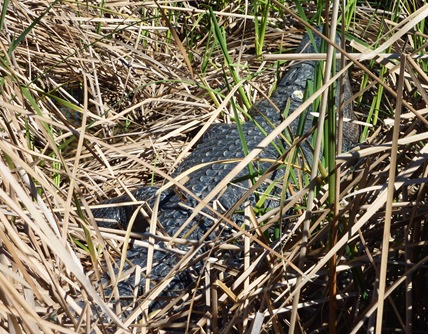 These Anhingas were enjoying the sun. 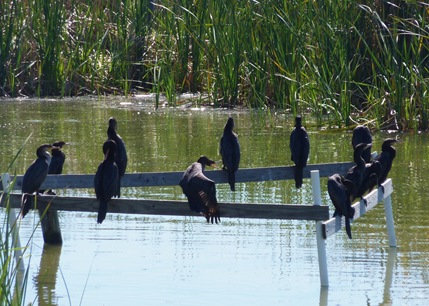 The marsh was full of birds. I saw several I had not seen before. This Green-winged Teal was beautiful. 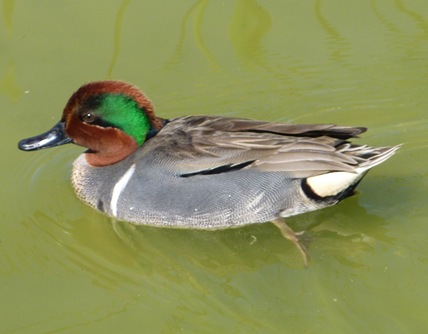 I can’t figure out what this one is, but he sure was unusual looking. 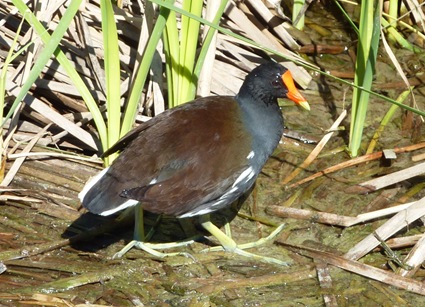 There is a Wednesday morning bird tour at this center, but the weather has not cooperated each Wednesday we’ve been here. We have one more week to try and attend.

When we got home Saturday afternoon, Kevin pointed out that there was a large group of birds on the huge cell tower outside of the park. I think they were Turkey Vultures. 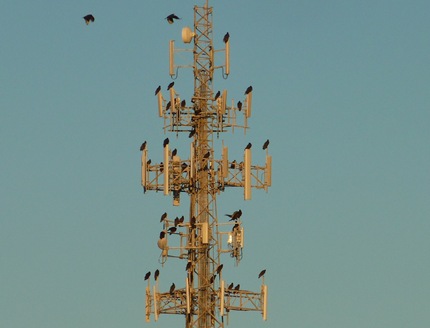 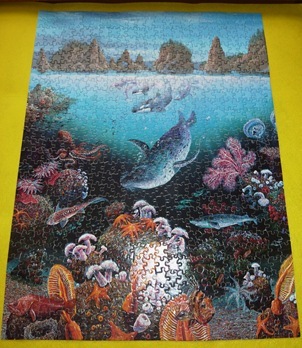 While hanging out at home, I’ve been sewing and we both worked on a puzzle. It took us a while, but we finally finished this 750 piece masterpiece.

Tuesday was windy, but sunny and warm. I suggested we drive to Mustang Island State Park and walk along the beach. The surf was really pounding. We walked along the beach and out on the jetty for about an hour. By the time we were done, my glasses were covered in salt spray, and I had a hard time seeing anything. I was yelling at Kevin to not get too close. I think I’ve seen too many movies where people are washed off the rocks by a giant wave. 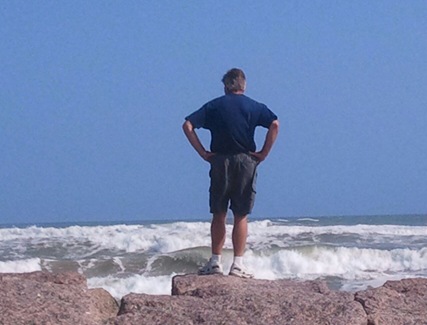 Last night we tried to have dinner at a place called Kody’s where they have an all you can eat fried shrimp dinner on Wednesday nights. We had been told to arrive early. They open at 4:00 and we got there at about 4:45. The place was packed. You have to find your own table and then order at the bar. There was not a single table open so we left. Neither one of us deals well with crowds. Instead we visited Whataburger for the first time. The burgers were good, but nothing too special.

Cathryn sent me a few more engagement pictures, so I’m going to share. 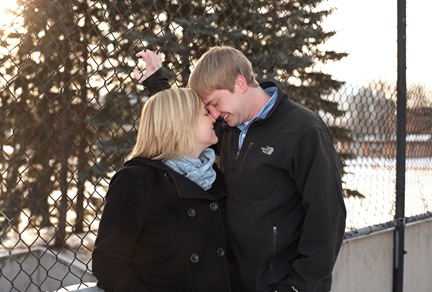