We spent the day today exploring some of the Lincoln sites we didn’t get a chance to see last year when we stayed in Springfield.

Our first stop was the Lincoln Tomb. We visited the site last year, but the interior was closed on Sundays and Mondays. So, this year we made sure to visit on a day it was open. The inside of the tomb is beautifully done with marble walls and floors throughout.  Lincoln is buried in a vault ten feet under this marble marker. 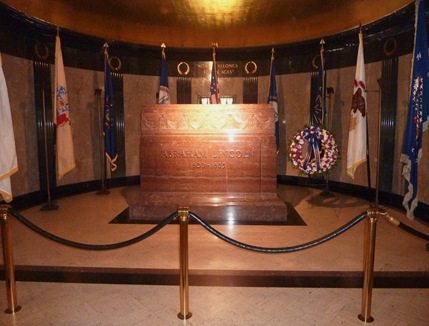 Lincoln’s wife Mary and three of their four sons are buried in the crypt across from Lincoln’s tomb. His eldest son Robert is buried at Arlington National Cemetery. 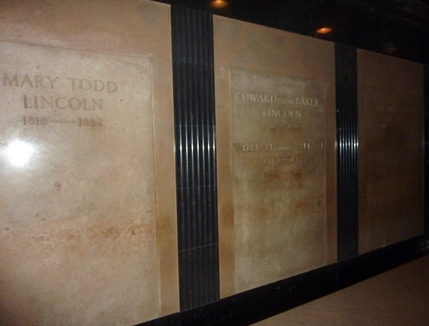 I had heard on the news this morning that Wisconsin Governor Walker would be in Illinois today. I didn’t pay close attention to the story. As we drove towards the Lincoln Museum we saw lots of police officers and union protestors. That’s when it hit me that Walker was right here speaking at the Abraham Lincoln Hotel Convention Center.

By the time we parked and walked past the hotel, the speech had ended and the protestors were leaving. It turns out Walker had been invited to speak by the Springfield Chamber of Commerce. 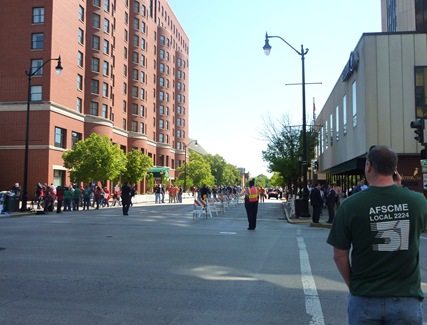 I try not to blog about my political viewpoints, but I have to say that I was a member of ASCME for many years through no choice of my own. My personal observations were that the union protected the lousy workers and did very little for the rest of us. Good work was not rewarded. I am a firm supporter of Governor Walker and hope he wins the recall election!

We spent about three hours at the Lincoln Museum. Admission for adults is $12. We had been given $5 off coupons at the campground so only paid $7 each. Parking was $8. I definitely think the museum is a worthwhile place to visit. 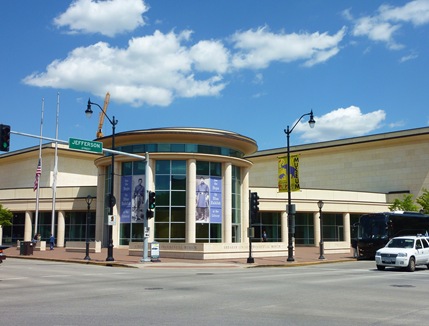 All exhibits are off of the main lobby in the center where there are these statues of the Lincoln family. The youngest son died at the age of three in Springfield before Lincoln was elected president. 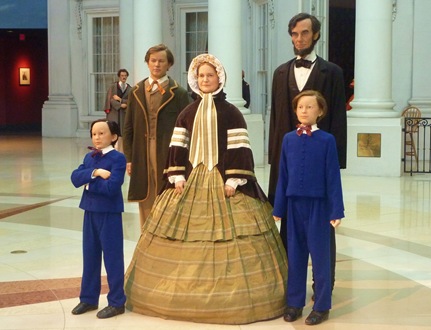 The first exhibit is a replica of the log house Lincoln was born and raised in with lots of information about his childhood. 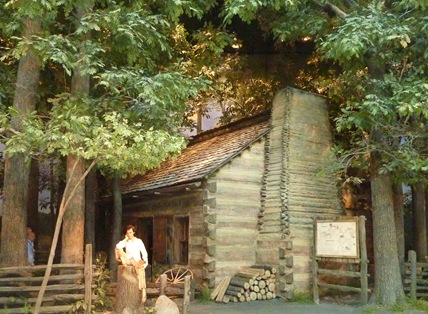 There were two movies. The first one we saw was about Lincoln’s presidency and the Civil War. The second one was about artifacts at the Lincoln Library. Both movies were very informative and well done.

There was an exhibit about his adult years prior to being elected president and then the White House years. Lots of great exhibits and information.

One thing I learned was that oldest son Robert Lincoln had his mother declared insane and institutionalized in her later years. Six years after Lincoln was shot she lost another son to disease. After outliving three children and her husband, she fell into a deep depression and started doing some crazy things. She was eventually released from the institution, but was estranged from Robert. That probably explains why he’s not buried with the rest of the family. Apparently, it was his wife’s decision to have him buried at Arlington.

One exhibit really made me think. It showed the Civil War timeline condensed to four minutes with a casualty count throughout. Over one million lives were lost. As long as I’m being political in this post, I’ll tell you that this really bothered me. I am not at all in favor of wars and feel most of them could and should have been avoided.

I believe Lincoln’s motives were correct, but could there have been another way. I also didn’t realize that he had stated he would not fire the first shot and it was the Confederacy that started the war. It makes me wonder how things would have turned out if there hadn’t been a war. What would our country be like today? Would slavery have ended due to advancements in technology and machinery? Did all those people have to die? We’ll never know, but it sure seems to me that we have not learned from our history as our country continues to support war. These are just my opinions, not meant to offend anyone.

Across the street from the museum is the restored Union Station with some Lincoln statues. It is now used as office space. There were beautiful rose bushes growing in the park next to it. 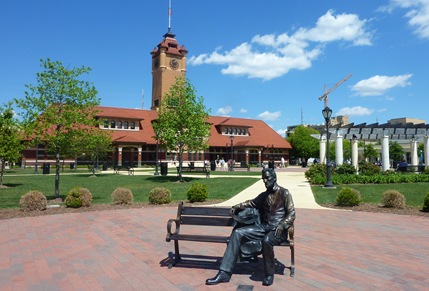 A few blocks away is the old State Capitol where Lincoln pleaded cases as a lawyer. After his death, his body was brought by train to Springfield for burial and people were able to view the body in this building. 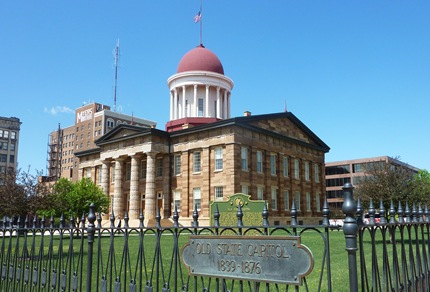 It sure was an informative day with lots of information to reflect upon.

We’ve been on the road for a couple of weeks now and are looking forward to settling down again for a while. Tomorrow we arrive back at Derge Park in Wisconsin for a summer of camphosting and Kevin’s maintenance job. I’m hoping to find a part-time seasonal job. I also plan to continue helping our son Eric with some home redecorating.

Posted by RV Khronicles of Kevelyn at 5:25 PM 7 comments: Links to this post