We left Wisconsin on Monday, October 6th. This was the first time we’ve closed up the new fifth wheel and travelled any distance with it. Everything came together just fine, and Kevin said it tows beautifully.

Our first two nights on the road were in Iowa at George Wyth State Park in Waterloo. We’ve stopped in Iowa the last four Octobers to visit Kevin’s brother and his family. We had an enjoyable visit with everyone. Our nephew Robert works for the Kwik Star company and was promoted several months ago to manager of a brand new store. They are currently celebrating their grand opening, and he has been working MANY hours. We’re thinking the company must have lots of confidence in him to put him in charge of a store from the ground up. Great job, Bob! Here’s a picture of his new store. 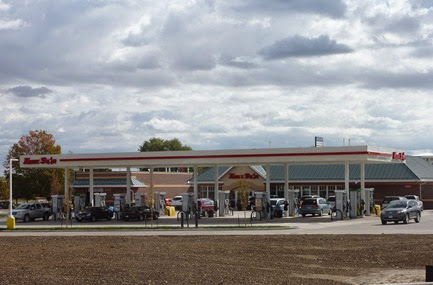 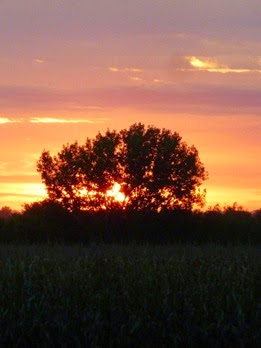 We arrived Wednesday afternoon at Pine Grove RV Park in Greenwood, Nebraska. It’s an okay campground about 20 minutes from our son and daughter-in-law’s place in Lincoln. Korey stopped by Wednesday after work for a little while. There was a beautiful sunset Wednesday evening.

On Thursday we drove into Lincoln to tour the Nebraska State Capitol. What a beautiful building. It is definitely a different design from most capitols we’ve visited. It was built from 1922 to 1932 at a cost of $10 million and was completely paid for when it was finished. No debt, what a novel concept. 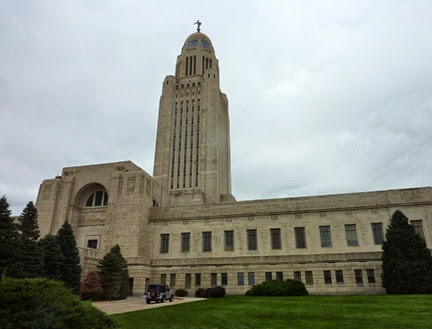 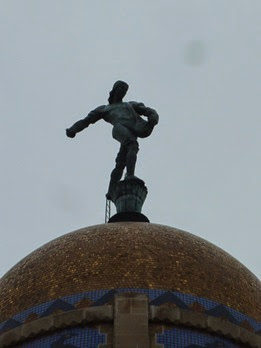 The statue on top is 19 feet high and weighs 9 tons, and is called the Sower. We thought it looked like a discus thrower, but he’s actually throwing seeds to represent Nebraska’s agricultural history and future.

The entire building has an art deco feel to me which makes sense as it was designed and built in the 1920s. The tower is 14 stories tall with a beautiful rotunda. There are many mosaics inside representing the history of Nebraska with an emphasis on nature, Native Americans, early settlers and spiritual life. 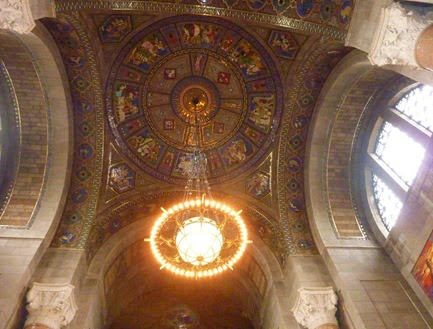 The capitol was built with chambers for the senate, legislature and supreme court. In the 1930s voters passed a law that required a one-house Legislature, the Unicameral. This means all the politicians meet in one room and work together to get things done. What a great idea.

Our excellent tour guide explained that they work 90 or 60 days each year at an annual salary of $12,000. The rest of the year they go back to their regular jobs. They also pass a budget every two years that is required to have a surplus at the end of each year. It seems to me that Nebraska has learned how to make government work more efficiently for the people.

We’ve also noticed that there are very few political ads on TV, and none of the negative ads we see in many other states. How refreshing!!

Last night Korey and Cathryn came over for dinner. It is so great to see both of them again. We have several outings planned with them this weekend. I’m sure it will be fun, and the time will fly by too quickly. I am grateful to be able to travel to where they live, and have the luxury of staying for a few days to visit.