I had read online that there is a 10 mile walking/biking trail that goes between all four of the missions in San Antonio. Yesterday our plan was to start at the south end and bike to all of the missions.

We started at Mission Espada. The park employee there told us that the trail is under construction and was closed until the third mission. So, we looked around and drove to the next spot.

Mission Espada was founded in 1690 in east Texas and moved to San Antonio in 1731. They built a series of aqueducts for farming near this mission. Parts of that system are still in use today. Some friars still live in the quarters to the left of the church. They had beautiful potted plants outside. 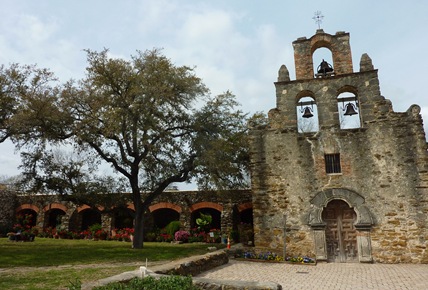 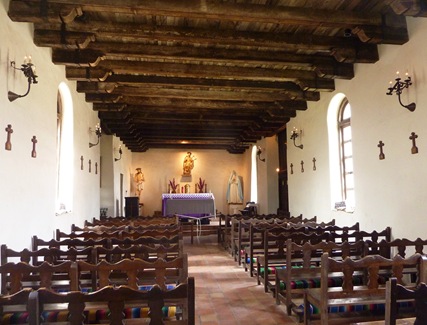 Our next stop was Mission San Juan Capistrano which was moved to San Antonio from east Texas in 1731. 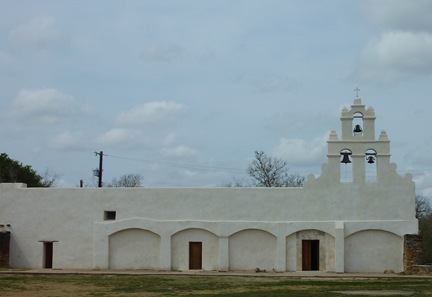 There was a man doing some painting on the inside walls. Its very interesting how different each of these churches are. 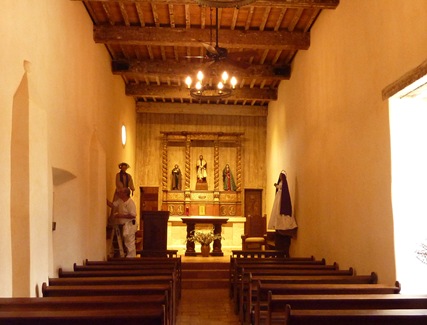 We continued our trip by driving to Mission San Jose, which was founded in 1720. This is the best known of the missions and is where the main visitor center is located. 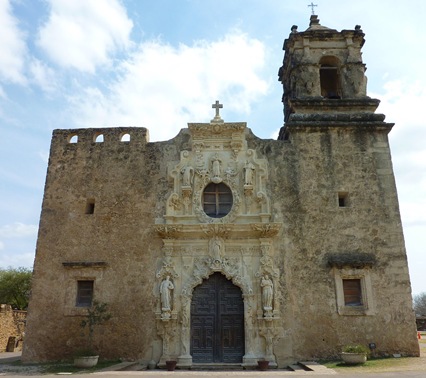 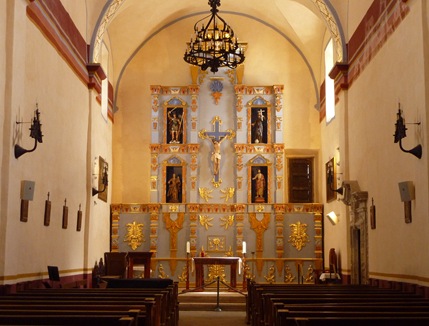 This picture of the sign outside showed what the church would have looked like in its prime. They painted the outside with beautiful designs. 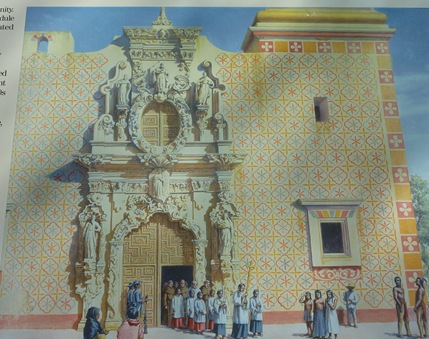 We watched a very informative movie about the people of these missions. In the early 1700s there were several independent Indian tribes in south Texas. They were being threatened by the Apache from the north and the Spaniards from the south. Many of them decided to live at the missions for safety and food.

These mission communities were only in existence for about 80 years. European diseases wiped out over 70% of the Indian population. However, the mingling of the Indian and Spanish races and culture survived. Spanish became the predominant language, most of the Indians had converted to Catholicism, and their culture was lost forever.

All of the missions are still active Catholic churches. Even though I am not Catholic, walking into these small churches fills me with a real sense of reverence due to their age and the history that has happened in these places.

We were finally able to access the bike path. We rode about 4.5 miles to the final mission on the trail, Mission Concepcion, which was transferred from east Texas in 1731. 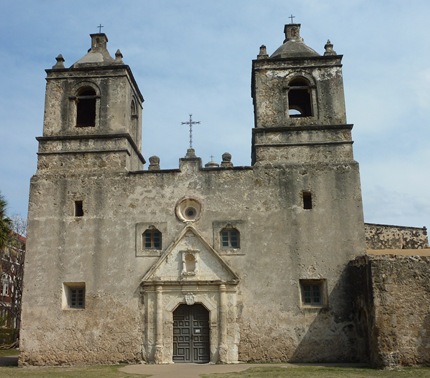 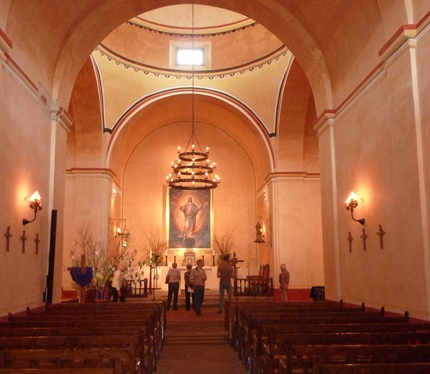 The bike trail is along the San Antonio River and is actually an extension of the River Walk. We could have ridden all the way to downtown. It’s a good thing part of the trail was closed. It was hillier than I expected. I don’t know that I would have made it the entire way.

Also, Kevin’s bike got a flat tire just as we arrived at the last mission. We ended up locking them up and walking 4.5 miles back to the truck. We certainly got our exercise yesterday.

We saw many ducks and shore birds along the river. There were also lots of turtles sunning themselves on the rocks. This was really a big guy. 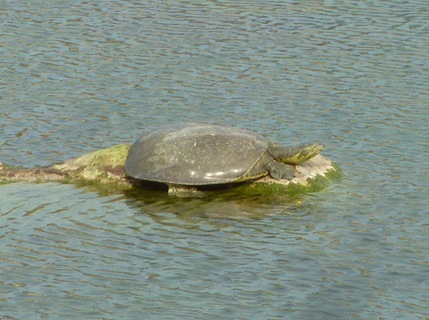 I would definitely recommend visiting these missions to anyone staying in San Antonio.

Posted by RV Khronicles of Kevelyn at 8:57 AM 3 comments: Links to this post