Sunday greeted us with a fantastic sunrise for our last morning in the Memphis area. 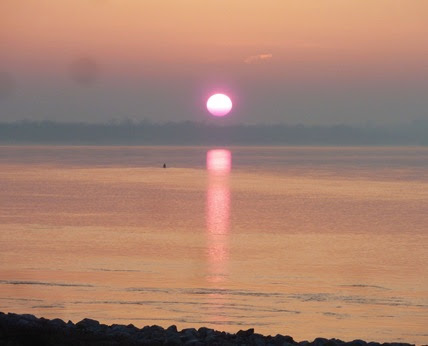 We took our time hooking up, and had an uneventful two hour drive to Little Rock, Arkansas. We’re staying at Downtown Riverside RV Park in North Little Rock. This park is city owned and sits right along the banks of the Arkansas River across from downtown Little Rock. Our full hook-up 50 amp pull-through site is $23.50 a night after the Good Sam discount. They have even cheaper sites that are back-in for Passport America members, but they were all gone when I called. They also have free wi-fi which works quite well. There is lots of traffic in and out of this park.

We have a very nice view out of our back window of the river and downtown. Sunday was a beautiful day and there were lots of pleasure boats on the water. I’ve also seen a few barges come by. There are several bridges that are lit up at night and make for a very pretty night time view. We’re second from the back of the picture in the pull-through sites. 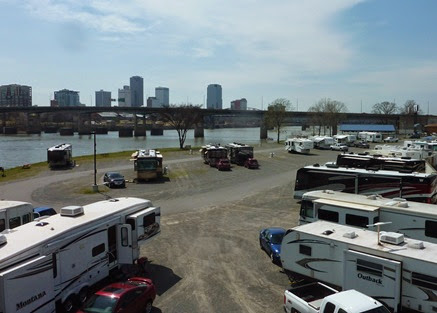 The Clinton Library is across a pedestrian bridge from our location. On Sunday while Kevin was enjoying some basketball on TV, I took a walk over to the library grounds. It is quite an impressive looking building right on the river with beautifully landscaped grounds. 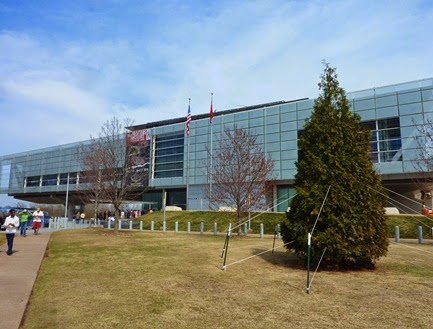 The public can visit for $7, but to be honest, we have no interest in doing so. I’ll admit I’m not very political, but I really can’t recall anything positive about Bill Clinton. All I remember is the blue dress incident and the “I did not have sexual relations with that woman” mess. In fact, it seems to me Hillary had more political influence during his presidency than he did.

I got a kick of the number of people sliding down these hills on large pieces of cardboard. I guess when you don’t have snow, this is what sledding looks like. 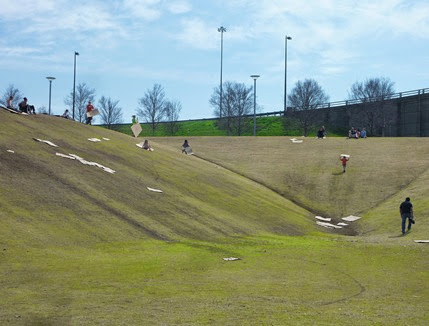 I continued my walk along the riverfront area which includes parks, playgrounds, fitness areas, a walking and bike trail, an amphitheater and a farmer’s market. What an awesome job Little Rock has done with their downtown riverfront area. They had these beautiful planters along the street. I love tulips and pansies! 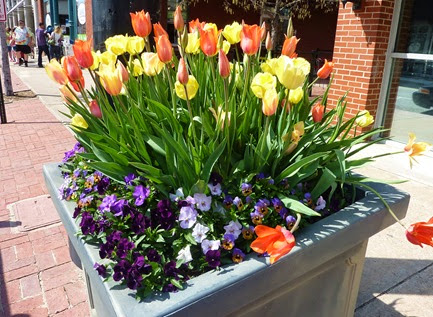 There is a WWII submarine that can be toured, as well as a steamboat that cruises along the river. 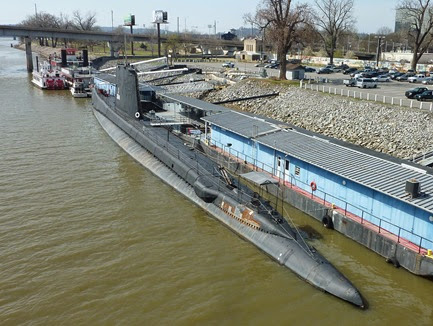 Today we visited Little Rock Central High School National Historic Site. I didn’t really know what this was all about, but I have a National Parks Passport Book where you can get stamps for visiting National Parks and Historic Sites, so off we went to explore.

The Visitor Center had a very interesting movie explaining the story of the Little Rock Nine. In 1954 the Supreme Court ruled that all schools in the country had to be integrated in Brown vs. Board of Education. States did pretty much nothing to comply. In September of 1957 nine black students attempted to enter Central High School in Little Rock.

Governor Faubus had the National Guard there to deny them entry. Federal District Court Judge Davies ordered the students to be allowed to attend the school. Federal troops had to be sent to escort and protect the students. These are the nine brave young people. 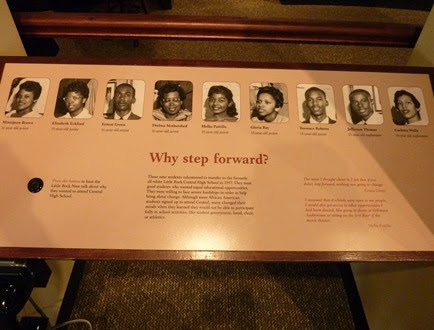 I was born in 1957. I vaguely remember learning about this in school, but I really didn’t comprehend the whole story. How scared these high school students must have been. What struck me was the looks of hate on the faces of some of the white people in the pictures. Growing up in Wisconsin, I never really witnessed segregation. I just don’t get it. 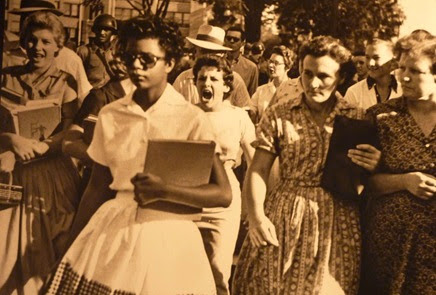 Central High School is still in use today. Over 2,000 students attend this beautiful school. It was built in 1927 covering two city blocks and is 150,000 square feet. Shortly after it was built, the American Institute of Architects named the building America’s Most Beautiful High School. The picture below is the middle part of the building. There are additional wings on both sides, but I couldn’t get it all into one picture. It is still an amazing building. 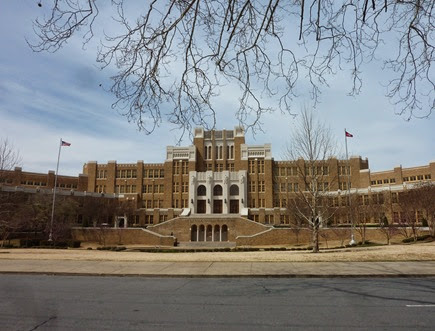 Of the Little Rock Nine, eight of them finished the year at Central High School. One of them was a senior and graduated from the school. The governor would not give up, however. In 1959 he closed all high schools in Little Rock to keep integration from happening. In a referendum, three-quarters of all Little Rock residents voted to support him. The schools were closed for the entire year. Voters finally voted out the racist school board members, and a new school board reopened the schools.

It took schools in the South a long time to accept integration. By 1966, only 16 percent of black students in the South attended school with white students. The Civil Rights Act of 1964 which allowed funds to be withheld from schools that did not comply, finally forced school districts to comply.

Unfortunately, one of the results of these laws was “white flight”. Many whites fled to the suburbs and inner city schools are still facing big challenges to this day. The neighborhood surrounding Central High School in Little Rock is quite deteriorated. Many of the houses were boarded up or in very poor repair. There were signs of some urban redevelopment, but they have a long way to go.

This Mobil station across the street from the school has been restored to how it looked in 1957. It was the original visitor center before the school was declared a National Historic Site and a new center was built. The gas station was where the media set up during the weeks of September 1957, mainly because there was a pay phone for them to call in their stories. You can see the school in the background. 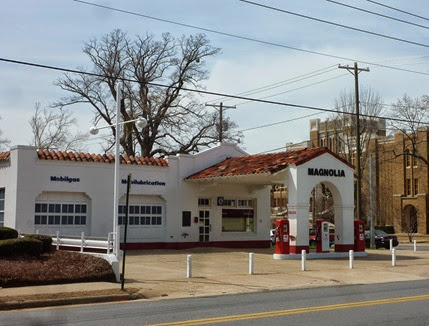 Wow, I sure learned a lot today!!

This afternoon we rode our bikes along the Arkansas River Trail. This 17 mile walking and biking trail runs along both sides of the river. What a great bike trail. We saw lots of different types of birds and four deer. We rode a total of 16.5 miles. I was definitely fading by the end. That’s about the limit of my endurance.

On one end of the trail is the Big Dam Bridge. Spanning 4,226 feet over the Murray Lock and Dam, it is the longest bridge in the country built specifically for walkers and cyclists. The $12.5 million project took 8 years to complete. It connects the cities of Little Rock and North Little Rock. Little Rock has done an amazing job developing their riverfront area. I’m impressed!! 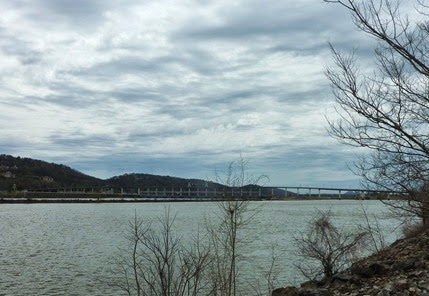