How Low Can You Go

On Wednesday we spent another day at Death Valley.  We started out by driving up to Dante’s Peak which is a mile above sea level.  There was a fantastic view of most of the valley and the salt flats. 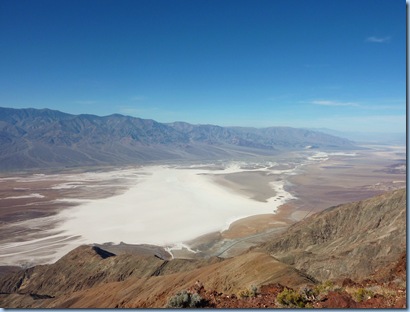 Then we headed down to Badwater Basin which is 282 feet below sea level.  It’s the lowest point in the Western Hemisphere. 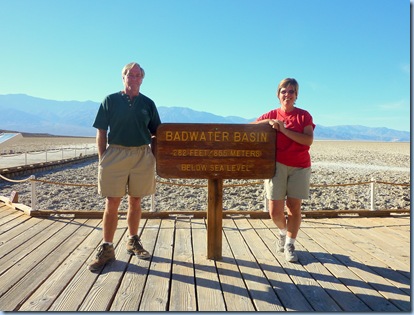 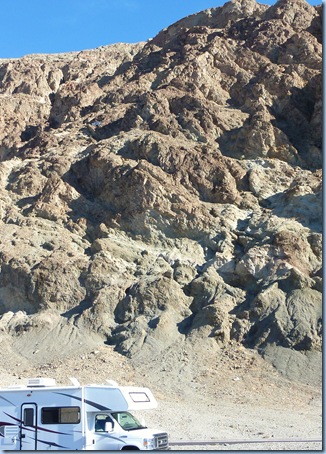 Look carefully and you can see a little blue sign on the upper left side of the picture that says sea level.

We took a walk out onto the salt flats.  They cover an area of nearly 200 square miles.  The salt is washed down from the surrounding mountains.  Since there is no outlet to the sea, the salt just accumulates in this valley.  It’s a mind-boggling thing to see. 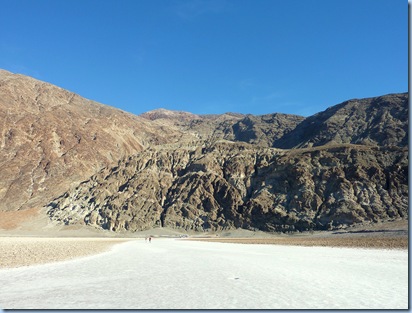 Nothing grows in this salty soil.  You would think there is no water, but there is Badwater Pool.  It’s fed by an underground aquifer and has very salty water year round.  It is home to the Badwater Snail which only exists in a few springs on the edges of the Death Valley salt flats.  And, with just this little bit of water, there are pickleweed plants growing next to the water.  I am so surprised that any life can exist out here.  We did encounter some flies out there.  They’re everywhere!  I’m starting to despise them even more than mosquitoes. 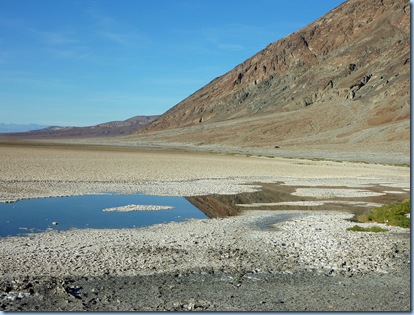 We hiked 2.5 miles along Golden Canyon.  At the end of the canyon is this large wall called Red Cathedral. 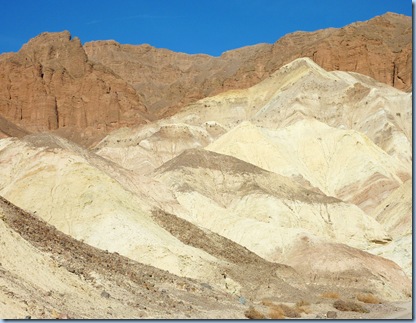 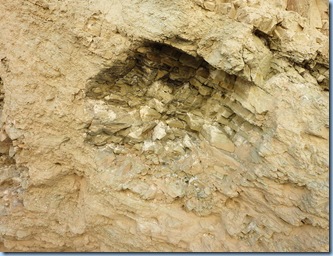 All along the trail the rocks had crusty salt deposits on them.

We hiked along Natural Bridge Canyon to see, you guessed it, a natural bridge.  You can see the size of it by looking for the two tiny people below it. 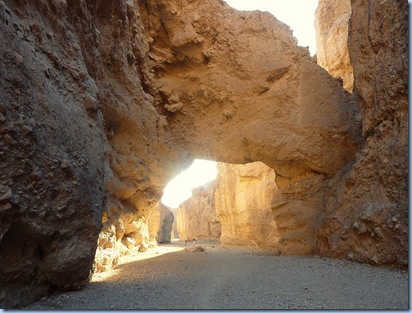 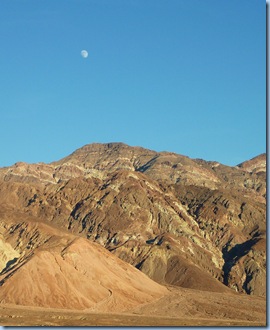 At the end of the day, just prior to sunset, we drove along the nine mile road called Artist’s Drive.  We have seen so many rocks over the last two months, but I am still fascinated by the natural beauty. 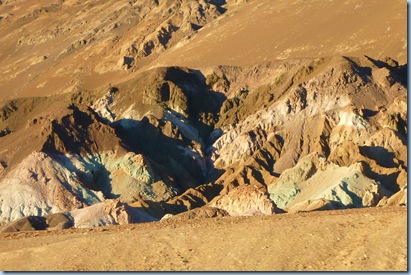 We’ve found a nice dirt road behind the casino, so the days we don’t go anywhere, we’ve been walking an hour or more for exercise.  I am so appreciating the great weather.