We’re getting the first rain we’ve had since we arrived in Yuma on October 16th. Its actually just a little drizzle and has been very sporadic, but the news people are quite excited about it. It has been cloudy since Monday, which is very unusual. Normally, the sun shines every day.

The clouds and drizzle are due to a front that has been dumping significant rain in California. They certainly need it, and I’m glad they are getting some drought relief. Unfortunately, it sounds like they are getting too much of a good thing and experiencing some floods and mudslides. I’m looking forward to the sun shining again.

On Monday we joined the resort’s hiking club for their first hike of the season. It was advertised as being easy. We ended up hiking a total of six miles into the foothills, including some scrambling up rocky inclines and walking along a wash. I would have rated it as a more moderate hike. 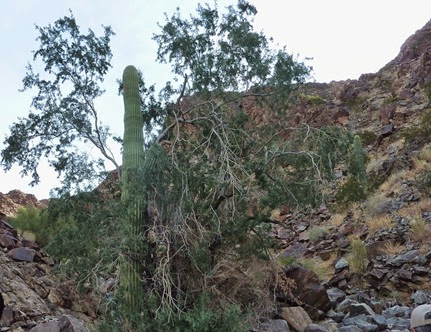 We had a good time and enjoyed the workout. I have to take my hat off to some of the older people. The leader of the group, Everett, and his wife Nancy are in their 70s. I think they could hike circles around us. 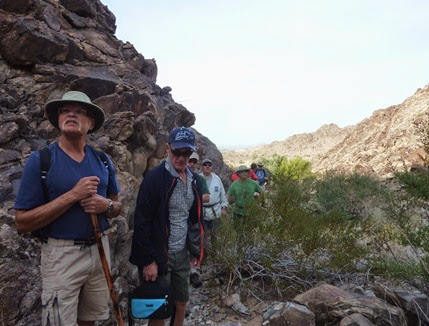 We’re going to join the group again next Monday when we’ll be doing a eight mile hike back into the foothills. There is an abandoned mine out there that we will be our destination. Last time we were in Yuma, we tried three times to find that mine with our friends Al and Joan, and never had any luck.

We ordered some pickleball paddles and yesterday was the first day we were able to play with them. They are a little lighter than the ones you can borrow from the resort. I don’t think they improved my game any, but I still had fun.

I’ve been doing some sewing here in Yuma. I finished a set of placemats for us. I’m happy with how they turned out. I used some different fabrics on parts of them, so they would not be exactly the same. Kind of like in those Highlights magazines when I was a kid. Can you find the three differences :) 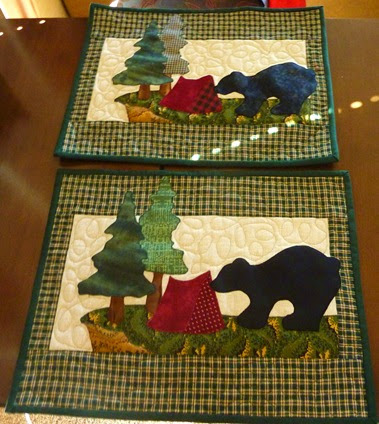 Thanks to those of you that have ordered from Amazon using the link above. Just click on the go button at the top right in the Amazon box and you will be taken to their site. The prices you pay are the same, and we get a small credit. Your support is greatly appreciated!!!

Posted by RV Khronicles of Kevelyn at 8:14 AM No comments: Links to this post