On Thursday we traveled from Little Rock to Bella Vista, which took about 3.5 hours. Severe weather was predicted throughout the area, so we got an early start and dodged storms as we went. We only encountered a little rain. The worst of the storms were south of us, so it was a good thing we got an early start.

Bella Vista is a planned retirement community with many amenities. Our friends Dick and Wanda moved here about ten years ago. We belonged to the same camping club in Wisconsin, and have known them for about twenty years.

We’re staying at Blowing Springs RV Park which is part of the retirement community and run by the Property Owner’s Association. They are a Good Sam member and open to the public.

We’ve been enjoying visiting with Dick and Wanda, sharing some meals together, playing games and doing a little exploring in the area. Yesterday they took us to Crystal Bridges Museum of American Art in Bentonville. The museum opened about a year ago and was funded with donations by Alice Walton, the daughter of Sam Walton, founder of Wal-Mart. She wanted all people to be able to enjoy the museum, so stipulated there was to be no admission charge. We like free.

It’s a very interesting building, very modern in style. Alice Walton dabbled in art, creating this watercolor. Her artistic attempts led to collecting pieces from many American artists, many of which are now on display in the museum. 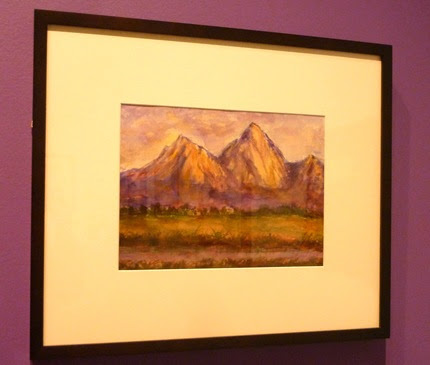 We meandered throughout the displays enjoying the art. None of us are avid art lovers, so we just took it in. I’d never heard of most of the artists. There were some iconic pieces on display including Rosie the Riveter. 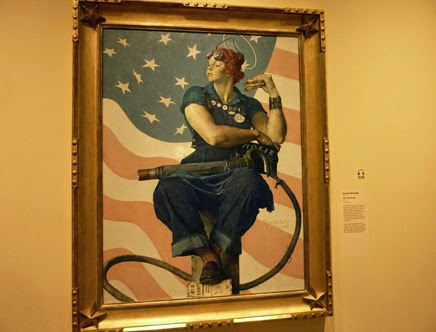 The modern section had several pieces by Andy Warhol including Dolly Parton. 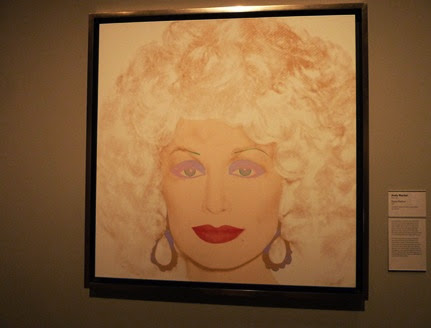 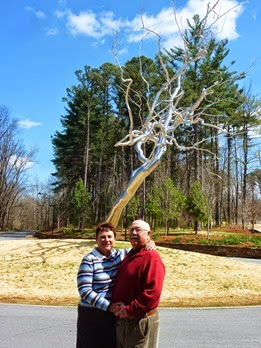 There are water features and walking trails outside as well as several large metal sculptures. I really liked this giant tree. That’s Dick and Wanda posing for me. Tonight we’ll watch the Wisconsin Badgers compete in the Final Four of the NCAA tournament, keeping our fingers crossed for a win. We’re leaving tomorrow headed to Omaha to spend several days visiting with our son and daughter-in-law, Korey and Cathryn. Can’t wait to see them!

Posted by RV Khronicles of Kevelyn at 7:45 AM 5 comments: Links to this post